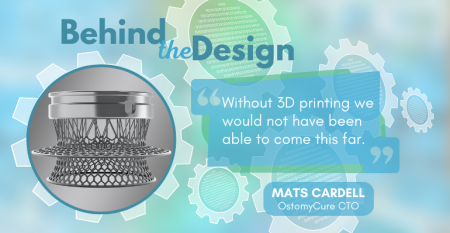 How 3D Printing Enabled a Giant Leap Forward for Ostomy Patients
Jan 26, 2023
In this Behind the Design story, learn how 3D printing made manufacturing the OstomyCure Ties implant much more feasible.

What Medical Device Inventor Evaded the Nazis at Age 15?
Jan 10, 2023
Trivia Tuesday: What life-saving medical device might never have been invented if this man hadn't fled Poland at...

France and Ireland to Become Research and Innovation Allies
Dec 21, 2022
A new deal is expected to strengthen research ties between the neighboring countries.

Biomedical Engineering Research from Around the Globe
Dec 08, 2022
These biomedical engineering projects wowed us this year.

Medtech Company of the Year 2022 Finalists
Dec 05, 2022
These medical device and diagnostics companies have risen above the rest in 2022. Which one do you think deserves the crown?

Blowing Engineering Minds Since 2004
Nov 29, 2022
Trivia Tuesday: What wunderkind material, touted for its superior electrical and thermal conductivity, was discovered in 2004?

The Time for Healthcare Transformation Is Now
Nov 09, 2022
Mayo Clinic’s top engineer shows us how healthcare is changing before our eyes – and why it matters.

Moving Medical Manufacturing Closer to the Patient
Nov 08, 2022
A panel on distributed manufacturing at the MedTech conference in Minneapolis looked at using 3D printing to bring medical production closer to users.

Point of Pivot: 3D Printing vs. Injection Molding
Nov 07, 2022
3D printing’s sweet spot is in high-value, low-volume production, the opposite of injection molding. Here’s the good, bad, and ugly of both technologies, and advice on when it makes sense to pivot from one to the other.
Load More