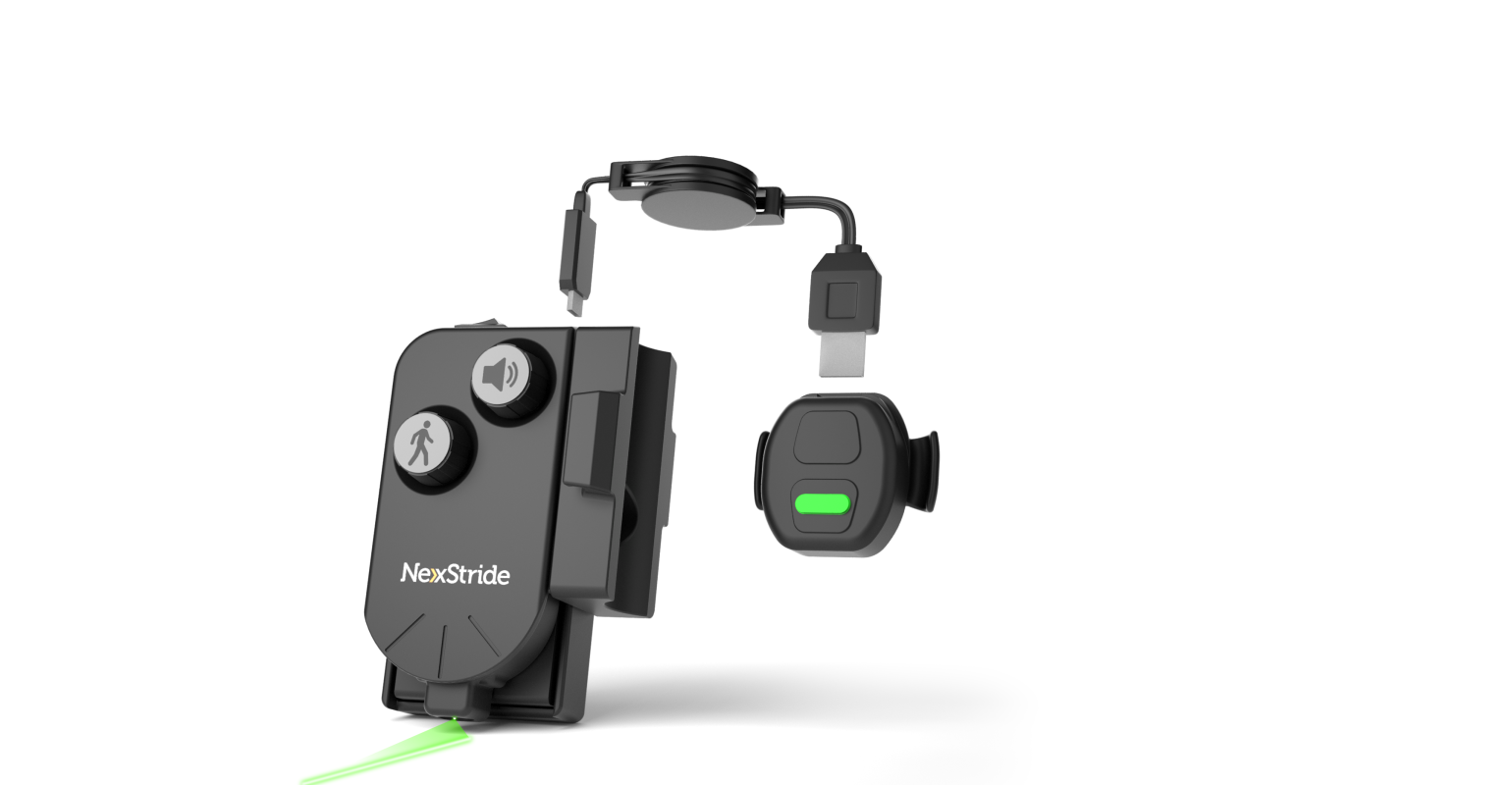 For Sidney Collin, founder & CEO of De Oro Devices, the winner of the BIOMEDevice San Jose 2019 Startup Showcase Pitch Competition, the last two years have been a whirlwind.

De Oro Devices’s product NexStride, a device that provides visual and auditory cues to Parkinson’s patients to help them overcome freezing of gait, was inspired by a patient during a program at California Polytechnic State University, San Luis Obispo, where Collin was an engineering student.

“The idea that ultimately became the NexStride started as a project in the Quality of Life Plus program at Cal Poly, San Luis Obispo,” Collin told MD+DI. “A local veteran, Jack, approached the program and laid out a challenge to create a device that could help him with his freezing of gait. Over the course of several months, I developed and built the first prototype from scratch. The NexStride evolved from a sketch, to a cardboard box with crudely attached buttons and electronics, to a bulky plastic box attached to Jack’s walker.”

Collin sought even more patient input. “After going to a Parkinson’s support group and seeing the number of people who could benefit from something like Jack’s prototype, I set out to do whatever it took to get this device into the hands of those it could help. That was two years ago. Since then I have brought on two co-founders, graduated from the Cal Poly CIE HotHouse accelerator, won several startup pitch competitions, navigated the complex path to get a medical device to market, and can’t wait to finally start shipping out NexStrides in March!”

Collin explained that research has shown that visual and audio cues can aid Parkinson’s patients. “The visual and audio cues that the NexStride uses have been well researched and have been shown to reduce the duration of freezing episodes, reduce the frequency of freezing episodes, and most importantly, reduce the frequency of falls,” she said. “Using the NexStride allows people with Parkinson’s to retain their independence and mobility through being able to walk confidently and reduce the fear of freezing. Ultimately, a person with Parkinson’s can retain their independence and keep moving and exercising. That exercise can help slow the progression of the disease and improve their day-to-day life. In addition to that, freezing is a leading cause of falls and less freezing means less falling.” A video on De Oro Devices's home page demonstrates use.

Collin and her team kept in touch with users throughout product development, which helped the company overcome a few challenges. “We definitely faced some design challenges, as it can be difficult to design a product to solve a problem that we don’t personally face,” Collin said. “We found the best way to overcome this is to find a group of testers and allow them to be very involved in the design process. We would show every new iteration of the product to these testers to get their feedback and make sure it is exactly what our customers need.”

Such effort paid off. “The feedback we have received from our initial users has been incredible! Seeing the impact that our device has on someone’s life and hearing that feedback is what motivates me every day,” Collin said. She offered some quotes from beta and initial users: 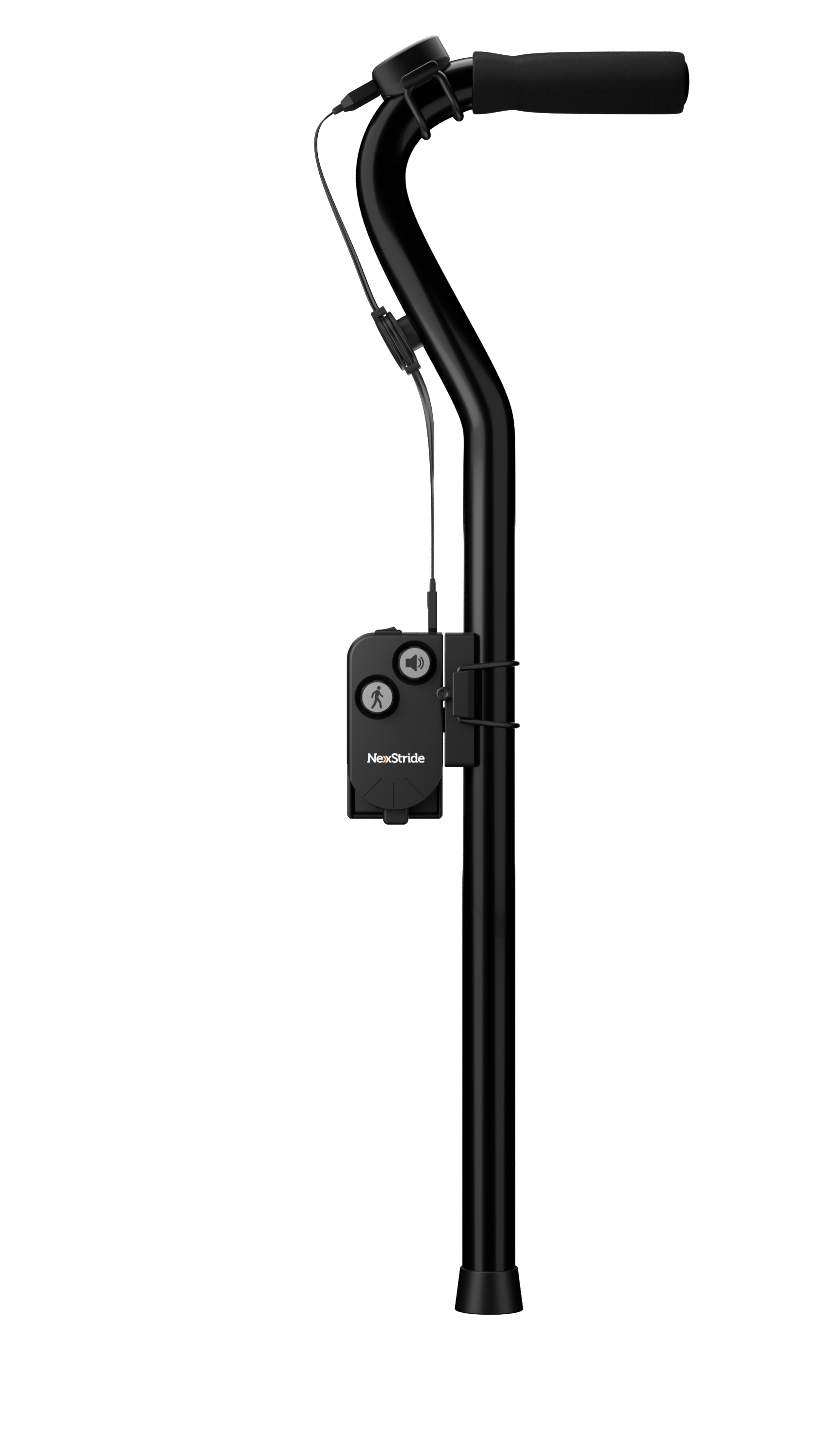 The company is also currently in the manufacturing stage, working with Evolve Manufacturing in Fremont, CA. Preorders are scheduled to ship in February, with the official NexStride launch in March. Collin said that the company is registered with FDA, and the NexStride is exempt from 510(k) approval.

In the meantime, De Oro Devices is reaping the benefits of its win at BIOMEDevice San Jose. “We had a great time at the conference! We connected with some great people in the industry—everybody from IP lawyers to testing labs to part suppliers and other start-ups. Definitely worth the trip up to San Jose! Having a separate section from the rest of the exhibitors helped us stand out and get more traffic. I am glad we got the opportunity to participate this year.” (The company’s award package included free booth space at one future Informa AMG Show, a credit toward IP Assessment provided by Bachmann Law Group PC, a business assessment provided by Manex Consulting, one hour of Research and Development Tax Credit consulting provided by Squar Milner, and media exposure.)

To other startups working on medtech ideas, Collin says: “Glean as much information as you can from the experts around you, who are willing to sit down with you and share their experiences and knowledge. We have benefited an impeccable amount from our advisors and mentors, who have taken the time to help us.”