Robotic Surgery: Who Will Be the Next Top Dog? 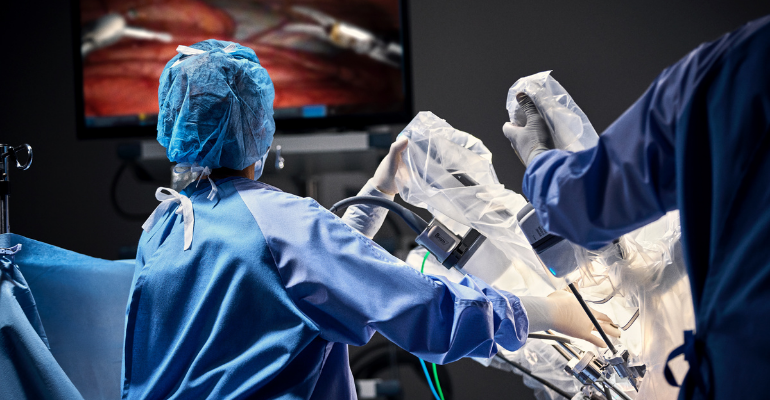 The competitive stakes in robotic surgery have never been higher as medical device companies try to disrupt the market that Intuitive Surgical pioneered more than two decades ago.

“Surgeon use of da Vinci surgical systems in more than 10 million procedures reflects the benefits that high-quality, minimally invasive surgery conveys to patients, families, and the healthcare systems that care for them,” said Intuitive CEO Gary Guthart. “While we are proud of this milestone and momentum, this is really a moment to look at what we’ve learned from these 10 million procedures and ask ourselves how we can apply that to improving the field of surgery for years to come.”

Intuitive said it plans to continue taking its deep and broad experience from these procedures and putting it to work for customers in the form of personalized surgical training programs, continued innovation in systems, instruments and accessories, and an expanded ecosystem of customer services, evidence development, and digital support and solutions.

Intuitive’s latest, fourth generation of robotic surgery systems (pictured below), the da Vinci X, Xi, and its single-port system, have continued to evolve through technology, as well as the addition of instruments, features, and digital support. The company’s innovation in robotic-assisted technology includes development of its Ion endoluminal system designed to enable robotic-assisted lung biopsy. 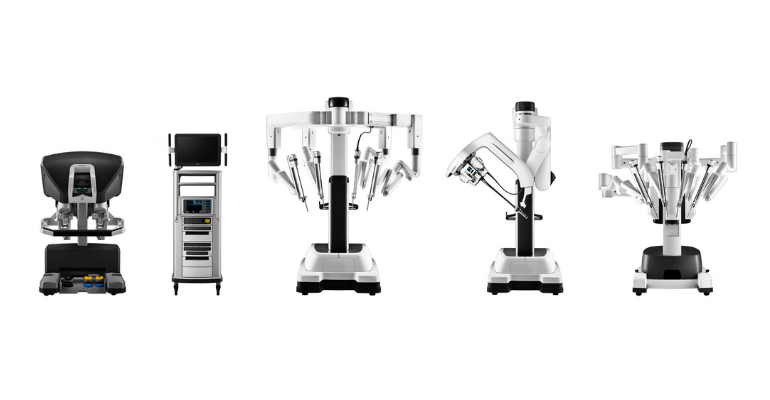 The 10 million procedure milestone comes as Intuitive faces mounting competition from Medtronic, Johnson & Johnson, Vicarious Surgical, Asensus Surgical, and others. Although the bigger challenge for all of these companies isn't so much to take on Intuitive, but to grow robotic surgery usage overall. While there has been significant hype around the technology, the fact remains that only about 2% of procedures performed globally are currently done using robotic-assisted surgery (in the U.S. market specifically, that percentage is closer to 10%).

"I'm often asked the question, 'well Bob, how do you feel about competing in this 2% space?' And I'm like, 'you're missing the point.' This is about 98%," Bob White, president of the medical surgical portfolio at Medtronic, said during a 2018 investor meeting at which the company first officially introduced its Hugo robotic-assisted surgery system. "This is about 98% of the procedures that aren't being done today. That's about increasing market access and that's something we do very well."

According to Verified Market Research, the global robotic surgery market size was valued at $6.1 billion in 2020 and is projected to reach $22.27 billion by 2028, growing at a compound annual growth rate of 17.60% from 2021 to 2028. Those figures represent the entire robotic surgery market, including orthopedic systems like Stryker's Mako and Zimmer Biomet's Rosa. This article, however, is intended to focus on the opportunities in soft-tissue robotic surgery.

Medtronic received a CE mark for its Hugo robotics-assisted surgery system in October, and just recently scored a Health Canada license to use Hugo in urology and gynecology procedures. Hugo is also approved in Australia for urology procedures. 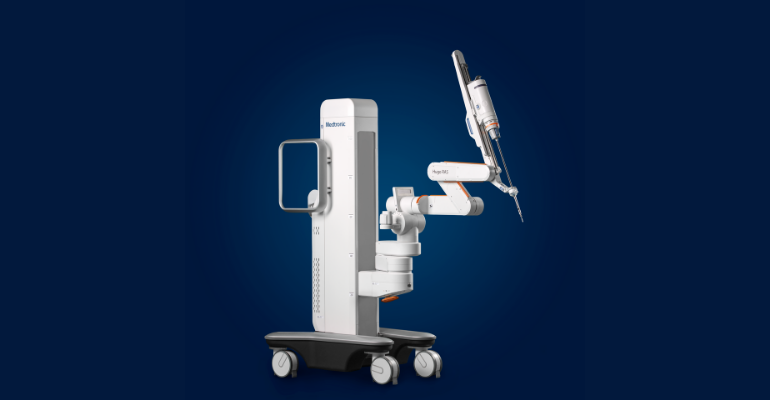 During Medtronic's Q2 2022 earnings call Tuesday, CEO Geoff Martha revealed that the company has encountered some supply chain and initial manufacturing challenges during the limited release phase of the robotics platform, which will mean Hugo revenue for the fiscal year will come in below target. Martha said the company is focused on working through those issues, and making sure that the initial surgeon experiences with the technology are positive.

Investors following this space are also eager for Johnson & Johnson's Ottava robotic-assisted surgery system, which the company unveiled in 2020. However J&J said in October during its third-quarter earnings call that the robotic surgery platform is delayed by about two years.

“We continue to be committed to the development of a general surgery offering with Ottava,” said Joseph Wolk, Johnson & Johnson's chief financial officer. “We recorded a partial in-process R&D charge for $900 million in the third quarter. The accounting for this charge contemplates a first-in-human delay of approximately two years from our earlier projections of the second half of 2022, reflecting technical development challenges and COVID-19 related disruptions, including supply chain constraints being experienced broadly across all industries."

Another strong contender in robotic surgery is Vicarious Surgical, which recently filed pre-submission to FDA for its system. The Waltham, MA-based company is developing surgical robots that combine human-like mechanical arms with virtual-reality technology that the company said essentially acts to “transport surgeons inside the patient when performing minimally invasive surgery.”

Vicarious went public through a special purpose acquisition corporation merger with D8 Holdings in a deal valued at $1.1 billion in April.

It also wouldn't be a fair overview of the robotic surgery market without acknowledging the presence of Asensus Surgical, formerly known as Transenterix. The firm sells the Senhance Surgical System, described as a digital laparoscopic platform that goes beyond the typical surgical robotic system, providing surgical assurance through haptic feedback, eye-tracking camera control, and 3D visualization. FDA cleared the Senhance system in 2017. Unfortunately, demand for the Senhance Surgical system has thus far been too weak to produce a positive gross profit for Asensus, according to Cory Renauer, a long-term minded analyst focused on the healthcare sector.

Asensus reported plenty of good news during its third-quarter earnings call, the analyst noted, including the initiation of four new Senhance systems (three in Japan, one in Russia), and a 47% year-over-year bump in the number of procedures performed. On the other hand, he also pointed out that the cost of goods sold still exceeds the amount of revenue the company is generating.

"This is usually what happens when a company has a product nobody really wants," Renauer wrote.

Intuitive waits for competitors to back up claims

Intuitive expects to experience longer selling cycles and price pressures as competition in robotic surgery progresses. If Guthart's comments during the company's third-quarter earnings call are any indication, however, the CEO isn't exactly shaking in his boots.

"So far, there are a fair number of claims about what these new systems will do. And I think the reality is time will tell," Guthart said. "...I think evidence has to be generated to back up those claims. And so far, we don't see anything yet that looks like evidence, just a set of claims. So, we'll keep serving our customer, doing what we can to make sure that they can achieve the quadruple aim, and we'll see how other companies do."

Investors can also expect to see Intuitive continue to innovate, regardless of what happens with the competitive landscape from here on out.

"I think you should expect continued innovation from us," Guthart said. "As to whether we think that we're in immediate need of something, we are innovating at a pace where we think we can bring things that matter to the quadruple aim, not so much an idea of 'What's our retail strategy?' But more 'Can we do something that changes quadruple aim or otherwise improves the customer experience?' And that's what we're focused on."