Who’s to Blame for Superbug Deaths Linked to Endoscopes? 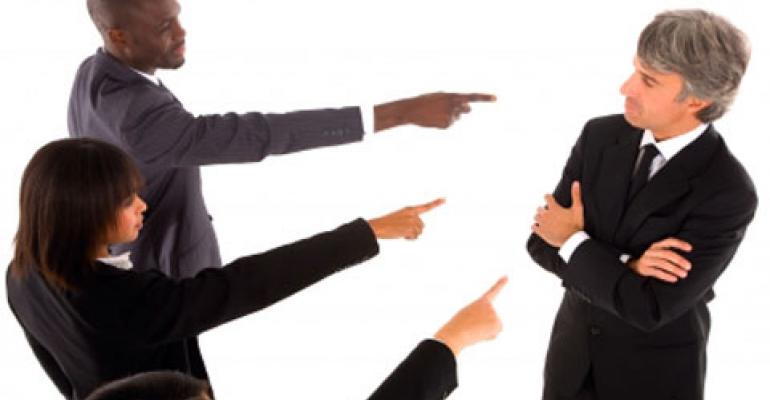 After two patients died and serveral more were sickened by drug-resistant bacteria traced to endoscopes, many want to know who dropped the ball, the manufacturer or regulators.

After two patients died and serveral more were sickened by drug-resistant bacteria traced to endoscopes, many want to know who dropped the ball, the manufacturer or regulators.

It’s the kind of story anyone in the medical device industry—or anyone at all, for that matter—dreads to hear: Two patients at UCLA’s Ronald Reagan Medical Center were already dead, several others had been sickened, and nearly 200 more had potentially been exposed to carbapenem-resistant enterobacteriaceae (CRE), an drug-resistant superbug, traced to contaminated endoscopes.

When that story broke this past February, it was hard to escape, screamed from print and digital headlines, morning shows, and cable news loops. While at first the media homed in on the frightening facts, as the news cycle marched on the focus shifted, as it so often does, to the question of where to place the blame.

Were device manufacturers at fault?

After all, they were the ones that designed endoscopes with a hard-to-clean elevator mechanism and put out sterilization guidelines that, although supposedly followed appropriately by the hospital, had failed to prevent the outbreak.

The UCLA case wasn’t even the first time endoscopes had served as a vector for deadly bacteria. From 2012 to 2014, at least 32 patients at Seattle’s Virginia Mason Medical center were sickened by bacteria picked up from duodenoscopes. and hospitals in Illinois, Pennsylvania, and elsewhere have also experienced outbreaks.

A lawyer for an 18-year-old student stricken with the superbug has announced his intention to sue Olympus Corp., the Tokyo-based manufacturer of the Olympus TJF-Q180V duodenoscope linked to the UCLA outbreak. Outrage directed against the firm grew even more rabid when it came to light that the company was selling the device without FDA clearance.

But, as MD+DI associate editor Marie Thibault reported, that may have been due to confusion over whether a new 510(k) was needed.

That brings up the other party to which many sought to assign blame: FDA.

The agency did some things right. For example, it was quick to respond to the crisis at UCLA with a safety alert warning that the design of endoscopic retrograde cholangiopancreatography duodenoscopes may impede effective cleaning and recommendations for reprocessing of the devices and had warned physicians about the problem as early as 2009. And just weeks after news of the outbreak came to light, it published final guidance on reprocessing medical devices in healthcare settings—although, to be fair, that was nearly four years after the agency put out the draft of that guidance.

Still, some charge that FDA should have done more.

“. . . this agency, responsible for regulating all medical devices, has yet to take any action, though its menu of options is broad, ranging from taking the scopes off the market to demanding the manufacturers improve their designs or upgrade their recommended cleaning protocols,” Ford Vox, an Atlanta-based physician and journalist, wrote in an opinion piece for CNN.

For my part, I’m not sure who to blame, so I’ll keep my hands in my pockets and let others point the fingers. I’m sure that if I or a loved one had been affected by this tragedy, I, too, would be clamoring for someone to step up and accept responsibility. But speaking from the privileged place of an unaffected party, I understand that assigning blame isn’t as productive as focusing on how to prevent something like this from happening to anyone ever again.

While others are arguing over who’s at fault, the medical device industry and regulators should be clear-mindedly looking at what went wrong and how similar deaths and infections caused by superbugs stemming from devices can be avoided.

Is the answer closer regulatory scrutiny of manufacturers’ reprocessing guidelines? More manufacturer emphasis on designing for sterilization? Better postmarket surveillance to connect the dots between similar adverse events across the country?

I suspect it’s a combination of all those things and more, and laying blame on one party won’t provide the answers we need.