After pausing its trials for its CardiAQ transcatheter mitral valve replacement earlier this year, Edwards Lifesciences announced implants are now being performed. 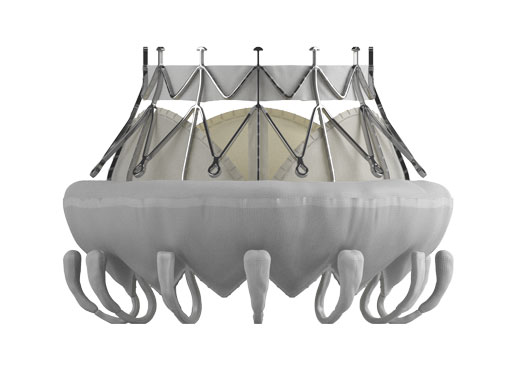 Early this year, transcatheter aortic valve replacement (TAVR) maker Edwards Lifesciences said it was pausing its trials for it CardiAQ transcatheter mitral valve system (TMVR). Just a few weeks later, the company noted in a public filing that it was poised to start screening for enrollment in the trials again. Now, the device is once again being implanted in patients.

"We're doing [CardiAQ] implants again, which not only helps these patients that really don't have many options, but it also allows us to learn, which is really important," said Michael Mussallem, Edwards Lifesciences chairman and CEO, according to a Seeking Alpha transcript of the company's second quarter earnings call. "And it helps us not only in the design of our product, but also in the selection of patients and the procedure itself and understanding anticoagulation protocol and a long list that becomes important for the long-term success of this therapy."

Now, patients are being implanted as part of the U.S. early feasibility study. The CE Mark trial is still expected to begin enrolling patients this year, to help support a CE Mark and commercial launch of what Mussallem has previously called a "more refined system" in 2019.

In addition to replacement, Edwards Lifesciences has a transcatheter mitral strategy that also includes repair options. Its acquisition of Valtech Cardio brought it the Cardioband System for transcatheter mitral and tricuspid valve repair. The device has CE Mark for the transseptal mitral repair indication, but Mussallem told analysts on the earnings call that the European commercial launch is not going as quickly as hoped because of the time needed to develop a clinical support team. Adding that sales are expected to reach $2-3 million in the fourth quarter--lower than initially projected--he explained that the company is not planning to borrow from its TAVR team, instead choosing to build a team specifically for the Cardioband procedure.

"These are clinical specialists that are in the procedures. They actually do training, they do proctoring, they actually try and help these clinicians in these very early procedures get outstanding clinical outcomes . . . the opportunity is significant enough that we wanted a focused and dedicated team that could grow with the procedure," he said.

In a July 27 research note, Canaccord Genuity analyst Jason Mills wrote, "While we do not believe the transcatheter mitral market will develop as quickly as TAVR, we believe a decade from now, EW will possess a broad portfolio of transcatheter mitral devices (both repair and replacement, mitral and tricuspid, that could drive revenue, and operating leverage) that rival its TAVR business."

With that years-long perspective, the impact of short pauses and extra time to build a clinical team may not matter much in the end.

Will Tibial Neuromodulation Turn the Overactive Bladder Market on Its Head?
Sep 09, 2020