The Making of a Surgical Robot 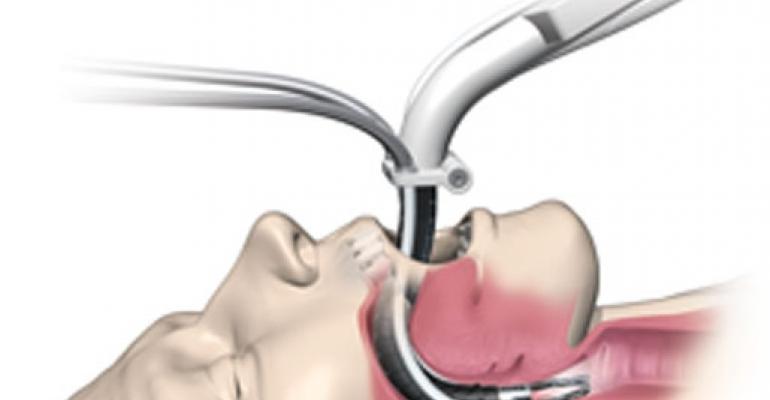 It's hard to believe, but it's been nearly two decades since surgical robotics pioneer Intuitive Surgical launched its first da Vinci system, enabling surgeons to exceed the limitations of laparoscopic surgery. Now, Intuitive faces competition in the surgical robotics space like it never has before, as new players come forward to address current limitations of robotic-assisted surgery, in hopes of taking the market to the next level.

That makes designing new surgical robots simultaneously exciting and daunting. For Meghan Thorne, PhD, a medical biophysicist and program manager at Raynham, MA-based Medrobotics Corp., working in this space means taking a human-centered approach to answering befuddling questions like, "why do so many robotic surgeons operate the robot in their socks?"

The first step toward developing new robotic-assisted tools is to identify the current needs through ethnographic research.

"This is immersing yourself in the environment," Thorne said. "The first thing I do is I go into a clinical environment and watch the procedure. I want to be a fly on the wall, I don't want to interrupt the process or make them change the process based on me being there."

This isn't the time to probe the surgical team with questions or ideas, she said. "I don't want to come in with a solution and say, 'hey, what do you think about that?"

During this step, Thorne finds it helpful to remember the acronym POET (People, Object, Environment, and the Task). It's a time for her to observe the people in the operating room, the objects that they interact with or have to maneuver around, and the tasks that they are ultimately trying to complete. Later she can do follow up interviews, send out questionnaires, or even browse flyers at the hospital to help her fill in the whys of her observations.

For example, Thorne has noticed that a lot of systems are set up in a way that keeps the surgeon in a corner of the room far away from both the patient and the rest of the team. There's usually a lot of tables and equipment scattered throughout the room and, perhaps most perplexing, the surgeon is often sitting at the console without shoes.

"Almost everyone I see wears socks into the operating room. Why on Earth would you be in a surgical procedure where you have to scrub in and, yes, they're in the non-sterile field, but why would you be wearing socks?"

The answer she tends to hear is that the robot console has several foot-pedals that are all designed to control a different, and usually very important, task. Shoes can make it harder to know which pedal they are putting their foot on without looking down at their feet. "So they need some kind of feedback," she said.

Next, Thorne said she uses online anatomy resources such as Zygotebody.com, or Websurge.com to get a better understanding of how far the instruments she is designing will need to reach, and what the anatomical challenges are of working in a particular space in the human body. Web-based anatomical models can even be imported into CAD, she said, so that the engineer can begin measuring the distance between certain organs and making certain calculations.

"So that's going to inform your degrees of freedom. It is going to start telling you what your device looks like, and what kind of force requirements you'll need," Thorne said.

Take cholecystectomy procedures, for example. In order to access the bowls, the system has to be able to retract the liver. "That's a lot of force to hold back the liver and then removing the gallbladder and pulling out the bowls," she said.

It's during this step that the engineer discovers the technological requirements of the system they are designing, such as whether or not the system will require 3-D vision capabilities, MRI overlays, or augmented reality features.

"This will help you reduce the risks of your procedure and be successful in saving lives," Thorne said.

Once they have a solid understanding of the need, the workspace, and the technological requirements of the new instruments, the engineer can move on to the prototype stage.

"I always start developing the robot from the inside and working outward," Thorne said. "A lot of companies love designing the base first and making it beautiful, and then by the time they get to their instrument they're wondering why they can't hit their workspace. Always try to work inside to out."

TAGS: Regulatory & Quality
0 comments
Hide comments
Related
Meet the Bot That Could Slither Through Your Gut
May 12, 2017