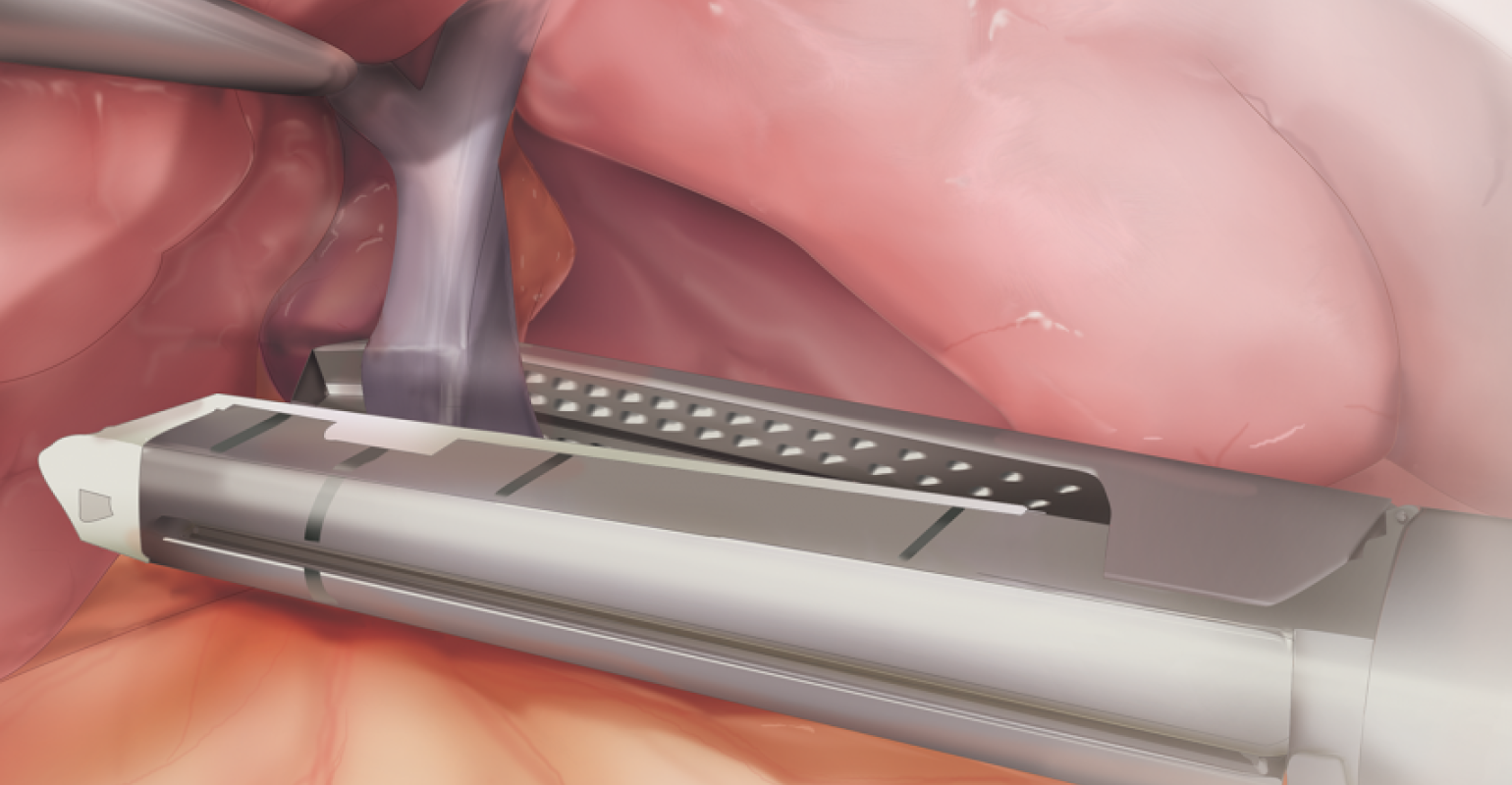 It Turns Out Stapler Choice Matters in Lung Cancer Surgery

A recent study highlights the benefits of using powered staplers, rather than manual staplers, during lung-removal surgery.

Video-assisted lobectomies performed with powered staplers resulted in nearly half as many patient bleeding complications as those conducted with manual staplers, according to a recent study.

Patients treated with powered staplers were released from the hospital one day earlier than those whose surgeons used manual staplers. The retrospective study, funded by powered-stapler maker Ethicon, also indicated shortened hospital stays and 10% lower costs among the patients treated with the powered devices, most of which were manufactured by Ethicon, part of Johnson & Johnson. Most of the manual devices were made by Medtronic, according to the study, which appears in the journal Advances in Therapy.

A lobectomy is a surgical procedure in which an entire lobe of the lung is removed due to cancer, infection, chronic obstructive pulmonary disease or benign tumors. Between 2% and 10% percent of lobectomies result in bleeding complications, according to a previous study of video-assisted thoracic surgery and robotic lobectomy published in the Annals of Thoracic Surgery in 2014, and an Ethicon analysis of nearly 27,000 lobectomies captured in the Premier Perspective database for the period of 2008-2014.

Most of the patients included in the study were operated on using Ethicon’s Echelon Flex powered staplers. Their rate of bleeding complications was 8.5% compared with manual stapler patients, at 16%. Hospital stays averaged 4.9 days for the powered-stapler group versus 5.9 days for the manual-stapler group. Total adjusted hospital costs were about 9% higher for procedures performed with manual staplers ($26,052 vs. $23,841). Outcomes including discharge status, operating room time and hospital readmissions were not different between the two groups.

For the study, researchers evaluated hospital discharge data of more than 3,550 thoracic patients from more than 700 hospitals that contribute to the Premier Healthcare Database, one of the largest statistically-certified hospital databases in the world. Patients had VATS lobectomy procedures with either powered staplers (659 patients) or manual staplers (3,100 patients) between January 2012 and September 2016. Nearly all of the powered staplers used in the study, were Ethicon’s Echelon Flex while more than 74% of the manual staplers were made by Medtronic, with the balance being manufactured by Ethicon.

One of the most important steps in lung surgery and particularly lobectomy is the cutting of blood vessels, which could lead to catastrophic outcomes if not done properly, according to Sanjoy Roy, director of health economics and market access at Ethicon, and a co-author of the study. The company didn’t set out to find fault with its competitors, but rather to study how powered staplers performed compared with manual devices, regardless of manufacturer, Roy added.

The company had previously studied the outcomes of powered-stapler bariatric procedures, but no one had done a similar study on lung surgery patients.

“This is a startup for a journey into the thoracic space for Ethicon,” Roy said. “This validates our assumption or our expectation of our technologies at least offering some incremental value to the patients, to the hospitals, and to the healthcare systems. I’m super excited about where we are right now.”

“This gives us impetus, encouragement to continue to dig deeper,” he said.