HomeProduct DevelopmentR&DApplying Hot New Tech Platforms to Medical Devices
Recent
Product Development
Has Medtech Shifted to a Seller's Strike?
May 20, 2022
Medtech in a Minute: The Industry Loses a Legend, and More
May 20, 2022
NeuroOne’s Bid for Long-term Use of Evo sEEG Shot Down by FDA
May 20, 2022
Minnetronix Improves Image Quality with Surgical Camera and Other Supplier News
May 19, 2022 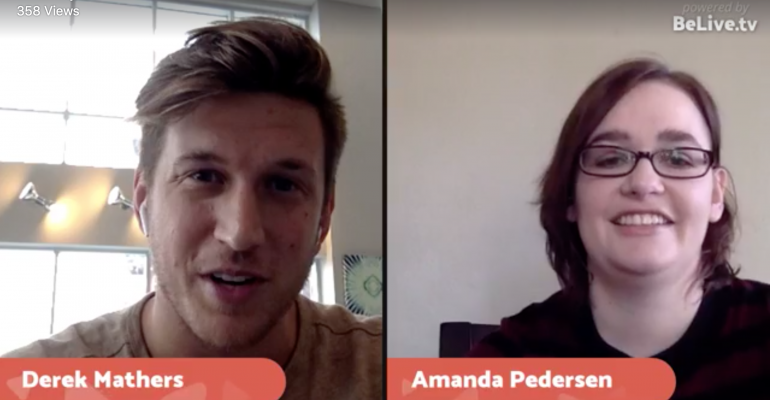 Last October I spoke with Derek Mathers, director of advanced applications development at Worrell, about how augmented reality, virtual reality, and mixed reality technologies are being applied in medtech. Minneapolis, MN-based Worrell is a global design firm that specializes in healthcare innovation and strategy.

Join us at BIOMEDevice Boston, April 18-19, 2018, to hear more about how technologies like augmented reality are transforming the product development process. Use promo code "MDDI" for 20% off conference registration and free expo access.

In the Facebook Live video below, Mathers shares some fascinating insights about how new technologies like augmented reality, virtual reality, and mixed reality are being applied in medical device development.

"We find new technology very interesting, and we also think that developments in the consumer electronics space are inevitably going to translate down through medtech, even though it takes a little bit longer, just due to regulation," Mathers said.

One of the things I found most interesting from the conversation was the way Mathers defined different types of what he calls visualization technologies, and the specific examples he provided of companies using these technologies in healthcare.

Augmented reality, or AR, is the type of technology used in the mobile gaming app Pokemon Go. AR overlays a computer-generated image onto a user's view of the real world.

"AR is very useful for surgical navigation, literally giving you patient anatomy and real-time catheter information on top of the patient," Mathers said. "Augmented reality is all about enhancing human cognition."

Virtual reality, or VR, immerses the user into a virtual environment that they couldn't otherwise be in, Mathers said. VR is good for creating empathy and is often used for surgical training.

The third type of visualization technology Mathers talked about, mixed reality, or MR, was a new term for me. This technology actually combines 3D scanning of an environment with an information overlay.

"So picture augmented reality except instead of your Pokemon just sitting out in space wherever you move your phone, that Pokemon is actually sitting on the table and another Pokemon comes through the room at you," Mathers said. "MR is probably most important for healthcare because whether we're navigating through the human body in surgery or we're installing a pacemaker, we want to be able to 3D scan that environment and know if we're in the correct anatomical location or not."

Mathers provided several examples of companies that are already applying these visualization technologies to healthcare in a variety of ways, from medical education to intraoperative navigation.

One company he talked about, Osso VR has a virtual reality surgical training platform that offers hand-based interactions in an immersive training environment. Justin Barad, CEO and co-founder of Osso VR, will provide demonstrations of the technology at the BIOMEDevice Boston Conference and Expo on April 18.

One of them is a company called Scopis, which is now part of Stryker, that has a mixed reality holographic surgical navigation platform integrating the Microsoft HoloLens for spine surgery. The technology is designed to improve precision during surgery.

"So it's like a quality check on the fly, which I think is super, super impressive," Mathers said of Scopis' technology.

But as neat as these cutting-edge technologies are, anytime technology is involved, there is always a chance that something won't go exactly according to plan. Take our Facebook Live video, for example. About midway through the conversation, Mathers experienced technical difficulties with his Bluetooth headset and we lost audio from him for a minute. After some quick troubleshooting, we were able to continue the conversation.

"You've got to have a backup option," Mathers said. "Our VP of human factors always talks about this because we're dealing with this stuff that's super high-tech, and very interesting, but everything that can happen will happen. Everything that can go wrong will go wrong, whether it's a Bluetooth headset and it's a video, or it's something much more complex and forward-thinking."

As product developers using these emerging technologies, Mathers said it is important to have both an optimistic and a pessimistic attitude.