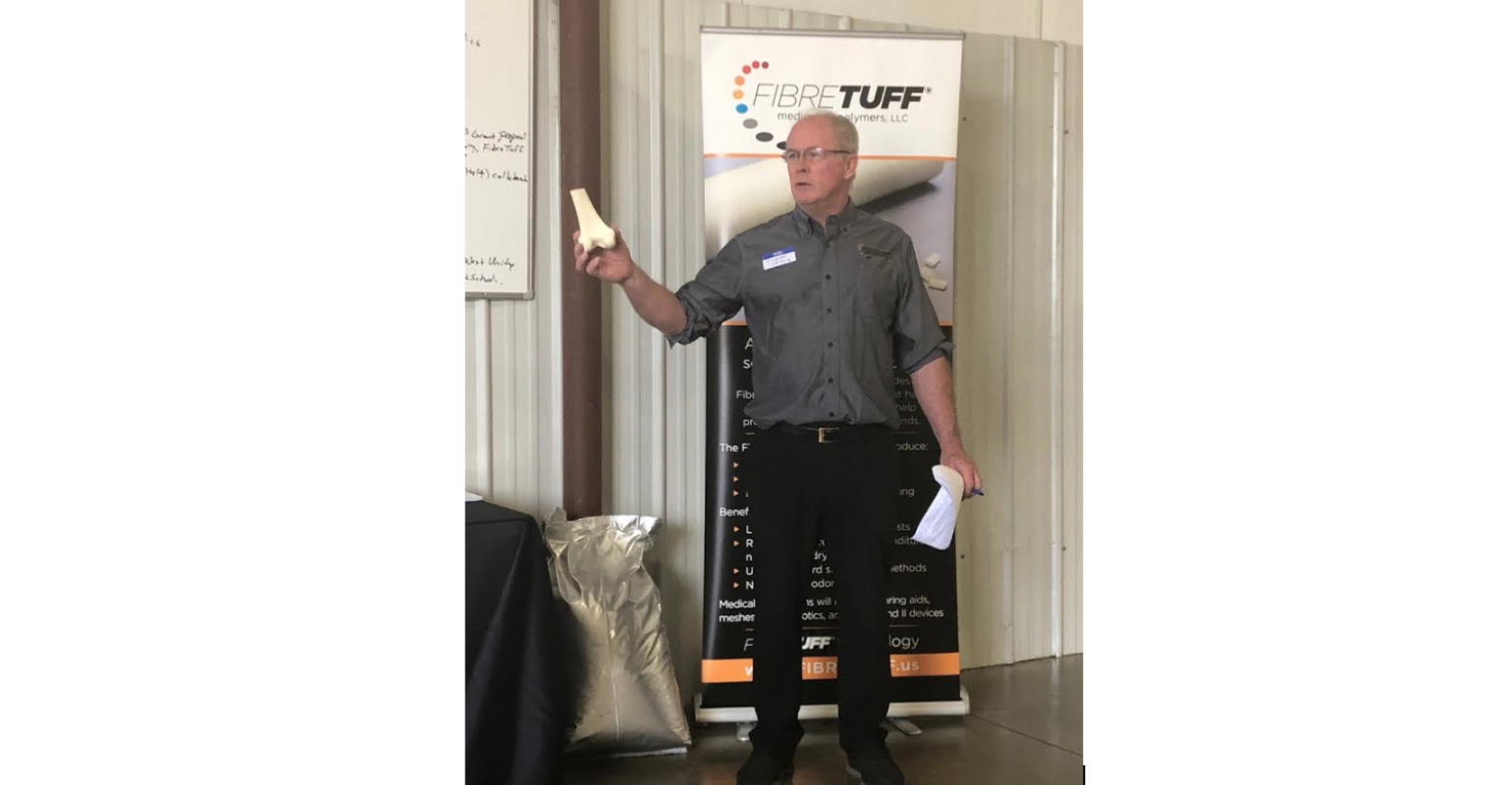 Image courtesy of FibreTuff
FibreTuff plans to develop cellulose-based biomaterials that can be used to 3D print Class I and II medical devices for spine, trauma, and sports medicine.

A new biomaterial company,  FibreTuff, has announced plans to begin manufacturing cellulose-based biomaterials that are biocompatible, absorbable, and nondegradable for Class I and II medical devices. The company’s PAPC ingredients can be compounded into pellets to make 3D printing filament that can be used to print a variety of medical devices and implants.

“FibreTuff compounds biomaterials that contain cellulose and blends them with thermoplastics branded as PAPC (polyamide, polyolefin, and cellulose) compositions for use in Class I [and] II and eventually Class III permanent implants for the medical industry,” explained FibreTuff founder and president Robert Joyce. “We’ve now brought on partners, purchased manufacturing equipment, and now leased space in a facility located in West Unity, Ohio.”

FibreTuff’s PAPC filament can be used in 3D printers without the odors traditionally associated with the printing process. The biomaterial will also cost about 30% less for device makers in need of things like cervical spacers and other implantable devices. The material also has the huge advantage of being “radiopaque,” meaning it can be seen on an x-ray without requiring additives like other products on the market.

“You can see in an x-ray where the tissues and bone grow into the implant made with PAPC,” Joyce said. “Our FibreTuff PAPC is a hydrophilic compound that is coating friendly to support a printed circuits design and construction through an ink process by nScrypt located in Orlando, Florida. Even the specific gravity of the compound is 20% lighter than [that of] other materials currently on the market, which can translate into lower material costs to produce 3D printed parts.”

Among the other characteristics of the FibreTuff filament are that it will not dissolve inside the body and has already passed USP Class VI testing performed by NAMSA for implantation, the company reported in a news release. The filament also has a weight and composition very similar to actual human bone, which could suit it for 3D printing bones for academic use in medical school.

“The human bones that are 3D printed with FibreTuff PAPC offer similar features to an actual human experience, having good screw retention and sawing and cutting ability,” Joyce said. “Other 3D printed resins have challenges with these types of features, but we have the flexibility to print different sizes of human bone that actually resemble real human bones. A local university has been using pig and cow bones for their medical students to practice on, but we are aiming to have the students 3D print bones with FibreTuff PAPC that they can actually practice on.”

While the company officially launched operations within the last week, the company has spent the last four years not only developing the technology, but also recruiting partners and taking orders. Now that it is moving toward a new phase in sales and marketing, Joyce said that the company hopes to begin producing PAPC implants within the next 16 months.

“Approximately 16 months from now we hope to have PAPC in permanent implants for spine, trauma, and sports medicine that can show much improved osseointegration versus PEEK and metal implants,” he said. “We also hope to begin reducing the cost to produce these types of implants by 30%. We want to work with hospitals, colleges and universities, and medical device manufacturers to develop a new way to deliver education and functional tools and models to the medical market.”