UDI Setback—‘Ships That Pass in the Night’ 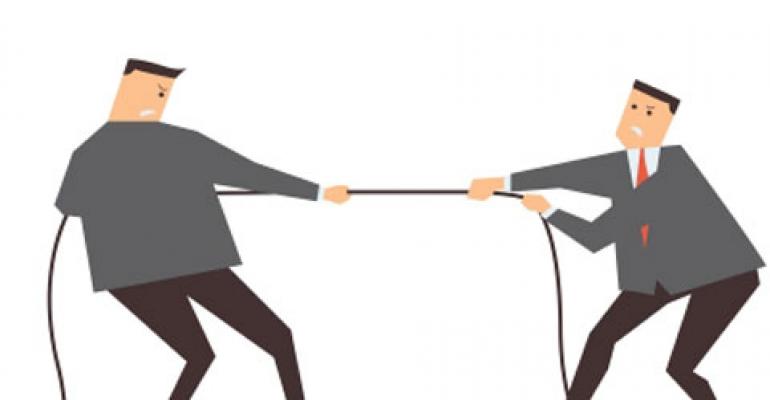 Government dysfunction can be seen in the Centers for Medicare and Medicaid Services's efforts to put the brakes on linking unique device identifiers with claims data.

Government dysfunction can be seen in the Centers for Medicare and Medicaid Services' efforts to put the brakes on linking unique device identifiers with claims data.

Despite the decade-long FDA effort to cover every possible aspect of the uses for a unique device identifier (UDI), its resulting final rule promulgated on September 2, 2013 failed to anticipate the huge mess the UDI could make if it were applied to health insurance claims forms.

Yet UDI’s potential value on those very forms was outlined in some detail in an economic impact analysis FDA made of the final rule. There, the agency said that “Distributors, hospitals, group purchasing organizations, insurers and other groups could benefit from the availability of a standardized device identifier and database.”

Stretching way beyond UDI’s primary purpose, to reduce medical errors from device misidentification, increase the accuracy of adverse event reporting, and improve the speed and efficiency of product recalls, FDA’s impact analysis predicted that UDI could also greatly reduce the transaction costs of bringing the foregoing entities together.

“Once established,” the agency said in the impact analysis, “a standardized UDI system may be used as a platform for investment in information technology enhancements that can improve patient safety. Although the decisions to invest in health information systems that would use a UDI would be made independently of the final rule, the availability of a standardized UDI system might advance the development of analytic tools and other information technology dependent on device identifiers in health information systems, including database querying and networking.”

Sounded wonderful then—doubtless the product of careful research and years of consultations with interested stakeholders, many meetings, and inputs both public and private.

Fast-forward to March 2015 and the slow surfacing of correspondence between Senators Chuck Grassley (R–IA) and Elizabeth Warren (D–MA) on the one hand, and Centers for Medicare and Medicaid Services (CMS) administrator Marilyn Tavenner on the other.

The senators had written Tavenner last December, wanting to expand and accelerate UDI’s Congressionally-envisioned benefits in the 2007 FDA Amendments Act and 2012 FDA Safety and Innovation Act, including going after medical system claims fraud and abuse.

In short, they wanted UDI information to be incorporated into electronic health information—specifically, into all CMS claims forms. And they wanted her response to this, as well as to a half-dozen multi-part, detailed questions within 29 days.

As is so often the case in Legislative Branch-Executive Branch communications, Tavenner’s response came 63 days later, a few days before her unexplained and sudden departure from office, and in three-and-a-half densely detailed pages she adroitly burst the senators’ bubble.

Three months before Grassley and Warren wrote, the Department of Health and Human Services’ (HHS) National Committee on Vital and Health Statistics had recommended “not mandating the capture, reporting and use of UDI in administrative transactions at the current time,” Tavenner’s letter told the senators.

Rather, she wrote, the committee had recommended that “HHS should continue to work with the Industry to better understand and document the value, benefits and cost of reporting UDI in administrative transactions.”

This would include “the business reasons for, and costs and benefits of including UDIs in administrative transactions including the added burden for providers and payers to capture, report and receive/use UDI and the system and workflow changes required” and “the potential post-market surveillance role of payers who receive UDI from providers via administrative transactions.”

At CMS itself, Tavenner’s letter said, altering the standardized claim format to accommodate the maximum UDI size of 75 characters “would engender many operational challenges,” including the need to go to formal rulemaking which “typically takes several years.” The UDI at its maximum size is 10 times longer than the ICD-10 code that CMS is transitioning to next October, Tavenner pointed out.

But that’s only the least of it, she went on—after that comes “substantial, expensive, and time-consuming changes to claims processing systems and claims warehouses for all health plans, [emphasis in original] providers, clearinghouses, and vendors and business associates (e.g., billing services, and repricers).”

Tavenner’s letter went on with many more such “challenges,” including details of alternatives that had been considered, and then the ever-present need to verify everything at every step of the way.

“An additional technical issue is that the multiple entities that assign the UDIs currently do not use a standard format, with at least one assigning entity employing special characters in its UDIs. The use of special characters is a particularly difficult problem in a claims transaction, as special characters have specific and limited uses such as element delimiters (separators), segment terminators and/or file terminators.”

While CMS understands that this issue is being addressed, Tavenner’s letter went on, “until it is adequately dealt with, having a special character embedded in the UDI could cause major systems errors for payers expected to accept the UDI on claims transactions.”

Then there is the issue of whether payment systems are the best method to track devices, she wrote divertingly. “Patients change commercial insurance plans relatively frequently and there is no legal obligation for a plan to maintain contact with a formerly insured individual. This would hinder recalls.”

Actually, Grassley and Warren did not suggest in their letter that payment mechanisms were the “best method”—they acknowledged “many initiatives underway by HHS agencies to utilize the UDI and establish a robust medical device postmarket surveillance system in this country.”

Tavenner’s slipperiness continued in her tepid acknowledgment in one breath that collecting UDI information “could be a valuable resource for many uses” such as improving the effectiveness of device recalls and assessing long-term outcomes and patient safety, and her assertion in the next breath that “collection mechanisms other than claims would best facilitate accurate reporting of valid UDIs.”

She did not identify the non-claims collection mechanisms, nor did she address the two senators’ assertion that “FDA intended for UDIs to be incorporated into claims forms as it designed the UDI system” but it lacked jurisdiction over claims form designs and content.

Perhaps the most telling aspect of these “ships passing in the night” letters is what they indicate about government dysfunction.

CMS is a sister agency of FDA, within HHS. FDA’s work on UDI is more than a decade long and it has been marked by extensive outreach to interested parties. If, as the senators wrote, FDA wanted UDI in claim forms, why did it not reach out to CMS about that?

Perhaps the truth is that it did, but CMS didn’t adequately engage?