The Bleeding Edge: The Making of a Medical Device Documentary 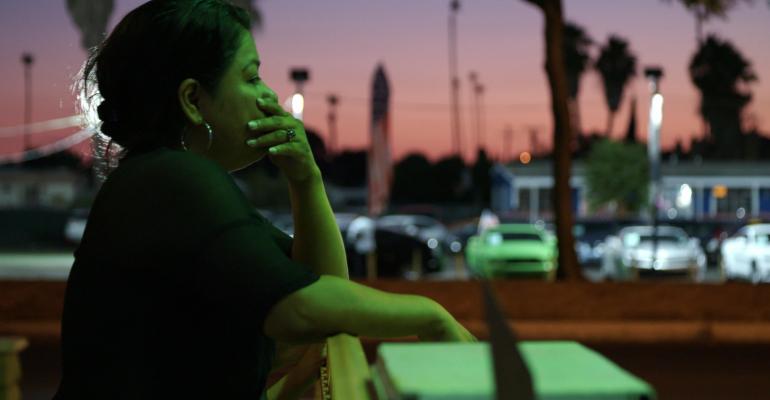 After Ana Fuentes was implanted with Essure, the device caused a downward spiral of health problems that dramatically affected her personal and professional life. Unable to sustain a job due to her debilitating health and without any health insurance, Fuentes made the impossible decision to place her children with church foster families. Since The Bleeding Edge filming wrapped, Fuentes has been able to secure a place to live via a local California homeless assistance program and has been reunited with her four daughters. There is a GoFundMe page for people interested in helping Fuentes.
An MD+DI interview with The Bleeding Edge filmmakers Kirby Dick and Amy Ziering reveals the backstory of how this film came to fruition.

It's the film that has rattled the medical device industry and left countless viewers speechless. Yes, we're talking about The Bleeding Edge.

In the documentary, director Kirby Dick and producer Amy Ziering take a critical look at the device industry, examining U.S. regulations, specific medical device companies, and controversial products that have adversely impacted patients. The Bleeding Edge premiered at the Tribeca Film Festival on April 21 and on Netflix July 27.

Have you seen The Bleeding EdgeI? MD+DI would like to hear your perspectives on the documentary. Your responses to this brief survey will be kept anonymous, and we will share them anonymously in an upcoming article.

Dick and Ziering are no strangers to taking on powerful institutions or investigating highly sensitive topics. Their earlier projects include The Invisible War, an investigative documentary on the epidemic of rape and sexual assault in the U.S. military, and The Hunting Ground, a film about sexual assault on U.S. college campuses.

MD+DI spoke with Dick and Ziering about The Bleeding Edge, and the Q&A below offers a behind-the-scenes peek at the genesis of the film, the production process, the challenges they encountered, and the response they have received since the film's release.

But first, it is important to point out that Bayer issued this press release on July 27 refuting many of the film's claims involving the company's Essure implantable birth control device. The Whippany, NJ-based company said its press release titled "Bayer Fact Checks Netflix's The Bleeding Edge" is intended to encourage a science-based conversation about Essure.

MD+DI has covered the controversy surrounding Essure extensively over the past three years. Most recently, just days before The Bleeding Edge premiered on Netflix, Bayer said it will discontinue sales of Essure in the United States at the end of the year. The company cited a decline in U.S. sales of the device as its reason for throwing in the towel and continues to defend the product's safety profile. The Essure method of permanent birth control involves coils that are inserted into the fallopian tubes to create a blockage that prevents the passage of an egg from the ovary.

FDA turned up the heat on Bayer in April to make sure women considering the implantable contraceptive device are adequately informed of its risks. The agency also added a boxed warning to Essure in 2016 and ordered Bayer to run a new postmarket surveillance study on the device. In March, FDA reported that it received 12,000 medical device reports about Essure in 2017. Still, members of the Essure Problems patient advocacy group, also known as the E-Sisters, have not been impressed with the agency's response to their concerns.

Now, without further ado, here is the Q&A with The Bleeding Edge's producer Amy Ziering and director Kirby Dick.

MD+DI: What inspired you to create a documentary on the medical device industry?

Ziering: We're always looking for subjects that would make compelling documentaries and someone came to us and told us a story about an issue they had had with a device and they also explained to us the issues with the regulatory process, which we had no clue about. We thought 'oh, well that's super interesting and strange'. It intrigued us so we started doing our own original research and found out that not only was it true but also systemic and widespread and often can have these horrific consequences, so that was the genesis of making it.

MD+DI: I'm curious about the timeline for the project because it seemed like you spent a lot of time with the families featured in the film and captured their lives over a long period of time.

Dick: We started filming in 2016 and we were covering this, it seemed like 24/7, but definitely kind of nonstop from the time we started until the time the film premiered at the Tribeca Film Festival. And you're right, we were covering the families, and certainly, the Essure women and their experiences over most of that time.

Ziering: Once we get engaged with a subject, we typically keep shooting and engaging with it pretty much up until we release the film.

MD+DI: What was the biggest challenge that you faced during the making of this documentary?

Ziering: There were numerous challenges, one was the information is somewhat dry and complicated so a huge hurdle was how do you present the issue in a way that is comprehensible and also fits within the real estate that you have afforded to you in a film in terms of time and space, and also have it be compelling. Another hurdle was the level of fear of people in the industry coming forward and speaking.

MD+DI: What surprised you most as you were doing your initial research and interviewing not just the patients but some of the other stakeholders you talked to, like some the surgeons you interviewed, and some of the former FDA officials who were included in the film?

Ziering: I think the arcane, and illogical, irrational regulations was shocking to me and the way that they are so gamed that they harm people on a daily basis, that was shocking. To be able to have a device approved based on another device that has been recalled, I mean, that's something out of satire, right? That and a lot of things people said to us that didn't end up in the film were fairly shocking.

Dick: Certainly how this affected people and their families, I mean for somebody who has an implantable device, or even [a procedure with] a surgical device like the da Vinci robot, how it really destroyed their lives and the lives of their families. Another thing that was really surprising was doctors are not taught the regulatory process, so most doctors don't know this, and even the doctors who are implanting devices, many if not most of them don't know that many of the devices they're implanting aren't tested first in humans.

MD+DI: What effort did you make to try to interview the companies that were mentioned, or provide comments from them?

Dick: We absolutely reached out to all of them and we would have welcomed their participation in the documentary because we absolutely wanted to hear what they had to say, but we weren't surprised that they declined to participate. Historically it seems like their M.O. is that when there's an issue when someone is critiquing one of their devices, rather than make themselves available to the public or make themselves available to the press they often duck it, so it was not surprising that they did the same with us.

Dick: Generally, we've been really overwhelmed with very positive responses to the film. Not only us, but Dr.  [Stephen]Tower and the Essure women have received so many emails and Facebook messages. It really has had an impact on other people who have been harmed not just by the devices in the film but other devices.

Ziering: I got a text from someone who works at one of the largest device makers that said everyone is talking about it at their company and it's being called a "game changer." That was pretty amazing.

MD+DI: Is there anything I have not asked about that either of you would like to add regarding your decision to create this documentary or the process you used to make it?

Dick: Obviously nobody in the medical industry, doctors, even people working in the medical device industry, nobody wants harm to come to people. But there are obvious flaws within the industry, not only the regulatory process but in other aspects of the industry. ... we hope that this film starts a discussion and helps lead to changes so that it will protect patients. Obviously, if a device is really helping people that device should get out and onto the market, but it's important that we first make sure that any new device is safe and tested first. I hope that this starts a discussion that in the end really helps protect the people of this country.