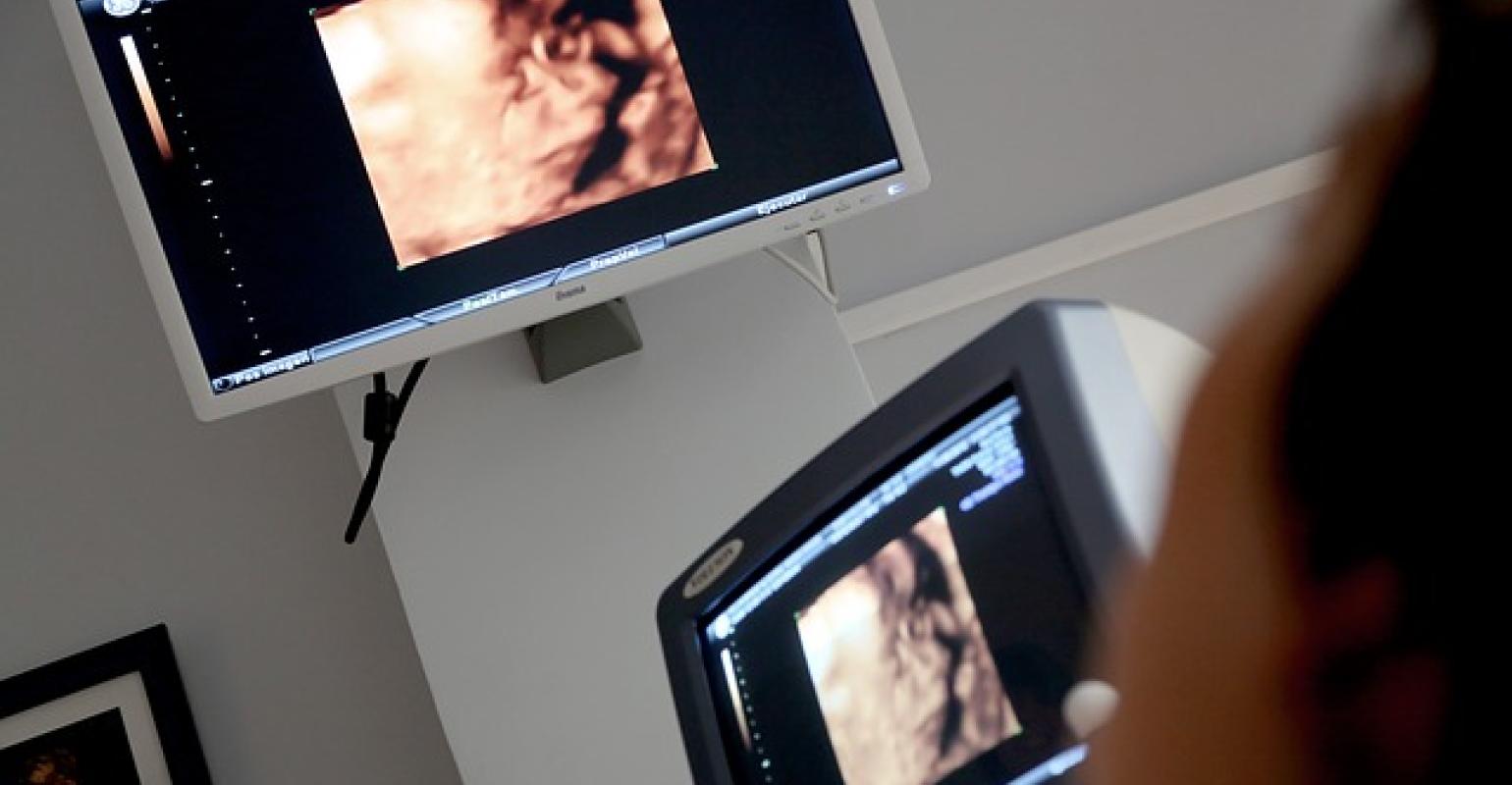 Image by MedicalPrudens from Pixabay

A guide to practicing safe sounds.

Ultrasound diagnostics have been a cornerstone for modern medicine since the 1970s, and like many technologies, ultrasound equipment has its advantages and disadvantages. The main advantage is that it is mostly non-invasive, with decades of successful use to prove that it is very safe.

However, ultrasound machines do technically “invade” the body with sound waves, which can present health hazards. This can be especially noteworthy to ultrasound developers who are working with prototype equipment that may have fewer safety measures and may be capable of emitting more energy than commercial diagnostic ultrasounds. Of course, this is intentional to give the researchers more scientific power—sometimes quite literally.

Thankfully, there are resources that can help us understand the potential hazards and how to avoid them. This article collates and simplifies the main points to the level of detail needed by a team manager. It also points to more in-depth resources for those who might need them.

Whether used for health or metallurgy, a diagnostic ultrasound device works by emitting ultrasound (that is, sound waves at a higher frequency than humans can hear) into something, and reading (i.e., listening to) the time-delayed response. Basically, they are a fancy speaker/microphone combo.

To get an idea of how this works, imagine standing near the side of a building with your eyes closed and clapping your hands, then listening for the echo. With a bit of practice, you could probably tell (based on how long the echo takes to reflect) roughly how far away the building is. That’s all a diagnostic ultrasound machine does: it tells you how far away things are. The only difference between an ultrasound machine and our clap-listen method is that ultrasound machines use an array of speakers (dozens of pairs of hands) and an array of microphones (dozens of pairs of ears) and some clever math, to give a lot more detail than humans could ever discern on their own. They also adjust the delivered power (i.e., clap loudness) with the turn of a dial. The reason we use ultrasound (rather than audible sound) is that ultrasound frequencies provide better resolution and tissue penetration due to the shortened wavelength. Plus, they would be really annoying if you could hear them.

The other concept that’s important to understand is what sound actually is: a pressure wave that travels through a medium (e.g., air, for music, and human tissue, for ultrasound). That basically means that a music speaker works by pushing the air in front of it really hard, which in turn bumps into the next molecules of air, and so on and so forth until the air molecules near your ear bump into your eardrum. The same is true for sound travelling through the liquids of the human body. Instead of a typical speaker, ultrasound uses a piezoelectric material to push on the plastic lens on the face of the ultrasound probe, which pushes on your skin through a coupling gel, which pushes on your tissues until it hits something and bounces back. Piezoelectric materials basically mean ‘”materials that move when electrified” (like a speaker) and that “create electricity when they are moved” (like a microphone). This is the manner in which ultrasound machines create (emit) and listen to (receive) sound.

Ultrasound can also be used for treatment (as opposed to diagnosis) of certain conditions. These machines generally do all the emitting without any of the listening and tend to emit more power than diagnostic machines, but otherwise they work the same.

What Do Engineers Need to Know about the Dangers of Sound?

Sound seems extremely harmless, and for the most part it is—that is why ultrasound is much safer than other diagnostic tools like x-ray machines (which, for the record, are also quite safe when used properly). However, sound is a mechanism to transfer energy, and regardless of how you transfer energy, if you transfer too much it can be harmful. Diagnostic machines are mostly energy limited—they can’t be “turned up” high enough to create a dangerous amount of sound, but privately built R&D ultrasound machines haven’t been tested and limited to accepted safety standards, unlike to commercial medical devices you’d find in a health clinic. To compound the issue, developers often want more power to allow for more testing. Therefore, it’s important for ultrasound developers to understand the potential hazards of their system.

On the other hand, you don’t hear about people suffering harmful medical outcomes from going to a rock concert (besides losing their hearing—but that’s a different phenomenon), so what’s the big deal? Basically, it has to do with focused energy. This is the same reason a room full of dispersed 100W lights is safe but a 0.1W focused laser can blind you. For ultrasound, concentrated sound energy can affect you in two ways: mechanically and thermally.

Sound can cause harm one of two ways. In this section, we’ll consider harm due to pressure, which can cause mechanical strain on tissues. The Health Canada Guideline for the Safe Use of Diagnostic Ultrasound notes the following guideline and note:

Mechanical Index (MI) is basically a measure of the mechanical effect (i.e., the amount your tissues will move around) that ultrasound has on your body. Commercial hydrophones are available to measure this for you, or it can be calculated by this formula:

Given a known input power (in watts) to the ultrasound emitter, we can assume some fraction of that power goes into the tissue (the intensity) and use that to calculate the peak negative pressure.

Intensity is the amount of energy delivered over an area. Power is the energy delivered over time. So, power intensity is energy delivered to an area over time. It is suggested to follow an iterative approach to find power intensity: first assume 100% of input power is applied to the tissue, and if the MI is acceptable, then assessment is complete. If needed (i.e., if the recommended MI is exceeded), more effort can be applied by segmenting the pulser circuit to determine the maximum power actually applied to the transducer, possibly measuring the applied voltage and impedance. Other sources of losses include interfaces and attenuation with depth (note 0.3 dB/MHz cm is specified for calculation of MI in tissue but different values may be applied for standoffs and matching layers if appropriate). Assuming a symmetric pulse form (peak positive = peak negative) will be conservative.

Now that we know the power intensity, peak negative pressure can be calculated. Peak pressure in the medium (P) is related to the peak instantaneous intensity (Iinst) and the acoustic impedance (z) as shown by:

The acoustic impedance (z) is an intensive material property, relatively low in gases and higher in condensed phases. Z-values can be approximated from this table:

An experimental transducer for use on an adult leg is fabricated from a 3x10 mm piece of PZT composite, resonant at 5 MHz. The emitter is operated in CW mode, so peak intensity is twice the average intensity. Input DC power to the ultrasound front end is:

The emitter surface area is 1x10 mm, so first approximation of I_avg = 1 W/cm^2. Peak pressure in bone (worst case) will be:

As this is less than M=1.9, this device can be considered safe in this configuration for use on an adult leg.

Ultrasound energy heats tissue, and, if it is too hot, it can cause harm. In fact, this is a mode used intentionally as a form of therapy to destroy unwanted cells (such as lesions). The Health Canada Guideline for the Safe Use of Diagnostic Ultrasound suggests the following:

Generally, the hazard related to sound energy is overheating. This is because physics tells us that ultrasound waves travelling through a material must do one of three things eventually:

A percentage of energy traveling through tissue ends up being absorbed or reflected, and the rest passes right through. Machines are typically set to the highest frequency possible to hit a target at a certain depth (in order to deliver the best diagnostic resolution or therapeutic effect). That target in a human is never more than halfway through the body (or you’d just scan from the other side), so it’s typically a fair split of energy.

Equation 4 gives the transmission coefficient, which describes how much energy is absorbed by the body as a percentage of emitted intensity as related to the two materials in question (z1, typically PZT and z2, from the table above):

An experimental transducer is being developed for use on an adult arm. In simple scenarios, the absolute worst case is that all energy supplied by the power supply is absorbed by the patient. Continuing the example above, that would be 1W/cm2 for this system, which is greater than 720mW/cm2 allowed. That means this device is not obviously safe, so more effort is required to understand if it is actually safe. There are some options for this:

We will use approach #2 here:

Top Tips for Ultrasound Safety for Devices Under Development:

The following are some general guidelines to elevate safety in your workplace. They are not exhaustive and may not apply in every situation. Nothing but consultation between the development staff and medical experts can be considered accurate to assess ultrasound safety.

Ultrasound is a safe tool for use in medical diagnostics, where the devices are limited in their power and most people only use them periodically under medical supervision. However, when we’re designing ultrasound medical equipment, we often use non-power, limited prototypes and we might use them repeatedly on ourselves without consulting a physician. This is often unlikely to result in harm, but a few simple calculations can be made to understand if the device complies with safety standards or not. It’s also important to remember that some conditions and areas of the body are higher risk. Overall, it’s well worth the small amount of time needed to assess your device to protect yourself and your staff from risk. Hopefully this article can make that process even faster.

*This article contains suggestions for safety measures based on other standards as accessed and interpreted by the author. It provides general advice and should not be used as a definitive safety guidance*