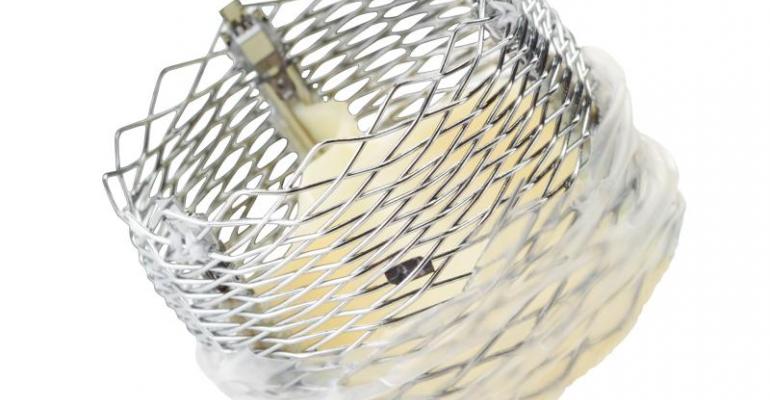 Edwards Lifesciences and Medtronic are no longer the only two companies with an FDA-approved transcatheter aortic valve replacement device. Boston Scientific has now received a nod from FDA for the Lotus Edge.

Lotus Edge might be one of the most watched products in the Marlborough, MA-based company’s pipeline. The device has drawn interest from the medical and Wall Street analyst communities because the current generation of the valve, Lotus, is known for having low rates of paravalvular leak (PVL).

The Lotus Edge has been described as being designed to maintain those low PVL rates while also reducing permanent pacemaker implant rates with its Depth Guard technology.

The company plans a controlled launch of the technology in the coming weeks.

It should be noted that Boston Scientific’s journey to commercialize a TAVR product has been a bumpy ride. The company has gone through product delays, halting implantation of the device in Europe – even the occasional lawsuit or two with Irvine, CA -based Edwards.

In February of 2017, the company pulled all of its Lotus valves from the market based on reports of a mechanical mishap with a pin connecting the valve to the delivery system.

The company then announced in November 2017 that the Lotus Edge would be delayed again. News of the delay shaved $2.9 billion off of Boston Scientific’s market capitalization.

For months there was speculation that Boston Scientific would abandon the Lotus Edge and instead focus on Acurate, a valveit inherited when it closed its $435 million acquisition of Symetis. However, executives from the company quickly shot down that notion.

In February of 2018, Boston Scientific gave a more definitive answer about the Lotus Edge and the device’s expected presence in the U.S. The company noted the device could be approved sometime this year.

August of 2018 executives – much to the liking of analysts - were more specific about the expected approval, noting the technology could be available by the middle of this year.

The news could be a paradigm shift in the world of TAVR. Up until now, despite growing competition in Europe, TAVR has been a two-stop-shop in the U.S., with Edwards and Medtronic at the forefront.

Edwards is a pioneer of TAVR, having garnered FDA approval for its Sapien Valve in 2011. Dublin-based Medtronic was able to get into the TAVR market through its more than $700 million acquisition of Corevalve in 2009.