Bet Your Toilet Seat Can't Do This! 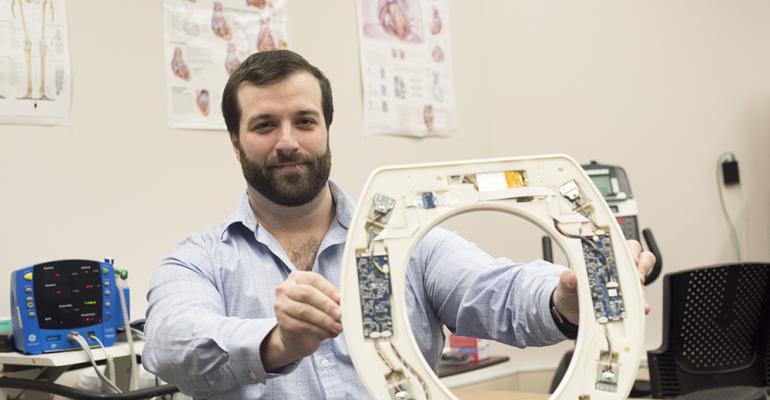 Every now and then we come across a technology that just begs the question: How on Earth did they think of that? Case in point, a toilet seat designed to detect heart failure by measuring a patient's biometrics during "natural" processes.

A team of researchers at Rochester Institute of Technology (RIT) are responsible for the idea, which is intended to lower hospital readmission rates by alerting doctors of a patient's deteriorating cardiovascular condition before the patients even realize they have symptoms. The idea is for hospitals to buy the seats and issue them to heart failure patients after discharge.

The seats are equipped to monitor heart rate, blood pressure, blood oxygenation levels, and the patient's weight and stroke volume (the amount of blood pumped out of the heart at every beat). Algorithms analyze the data so that a report can be passed along to cardiologists who will then determine if intervention is necessary.

The researchers have formed a company, Heart Health Intelligence, which is in the process of seeking FDA clearance for the toilet-seat based cardiovascular monitoring system.

"Typically, within 30 days of hospital discharge, 25% of patients with congestive heart failure are readmitted," said Nicholas Conn, a postdoctoral fellow at RIT and CEO of Heart Health Intelligence (HHI). Conn is part of the team that developed the device. "After 90 days of hospital discharge, 45% of patients are readmitted. And the Centers for Medicare and Medicaid Services is penalizing hospitals for readmitting patients for heart failure."

The toilet seats won't be cheap, but the investment should pay for itself rather quickly in terms of savings from reduced readmission rates.

Using the national average for readmission rates, the penalty for readmitting 150 patients is roughly $500,000 a year, and Conn said the total cost of providing the seats to 150 patients is $200,000. That means hospital systems will save more than double their initial investment within one year, he said.

HHI, which joined RIT’s Venture Creations business incubator earlier this year, is now focused on moving the product forward. The team is heavily involved in writing grants for additional funding and networking, and human testing and pre-clinical studies are well underway, the company said.