FDA Has Calmed Down About Paclitaxel, but Has the Market Recovered? 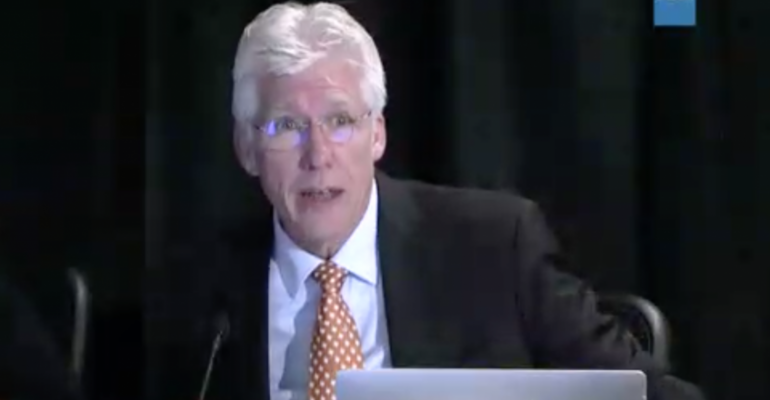 During the second of a two-day meeting in June to discuss the long-term safety of paclitaxel-coated devices, Richard Lange, MD, called on FDA and industry to take post-market surveillance recommendations seriously. Lange, president of Texas Tech University Health Sciences Center El Paso, served as chairperson of the panel.

Paclitaxel-coated balloons and paclitaxel-eluting stents caused quite the stir for the drug-coated balloon manufacturers and physicians this year, but there does seem to be some signs of a rebound in the market. The issue was a hot topic last week at Wells Fargo Securities' annual healthcare conference.

FDA  eased up on paclitaxel device recommendations in August, seven months after a meta-analysis showed an increased risk of death for patients treated with paclitaxel balloons and stents. The issue drove a market decline of about 50% and was likely a deciding factor in FDA's rejection of Becton, Dickinson and Company's (BD) Lutonix paclitaxel-coated balloon for below the knee peripheral artery disease.

FDA said it is working with manufacturers on updates to device labeling and clinical trial informed consent documents to incorporate information about the late mortality signal. The agency said it is also actively working with manufacturers and investigators on additional clinical evidence development for assessment of the long-term safety of paclitaxel-coated devices.

"We had, I would say, an unusual amount of maybe unplanned one-timers as part of that," Boston Scientific CEO Mike Mahoney said during the Wells Fargo conference. The paclitaxel issue, combined with the sterilization supplier challenges, the vaginal mesh recall, and a slowdown in the spinal cord stimulation market all contributed to some softness in the first half of the year.

Medtronic also felt the pinch from the paclitaxel issue.

"We saw a very dramatic 50% reduction in volumes in the United States for drug-coated balloons," said Michael Coyle, executive vice president of Medtronic's cardiac and vascular group. "But in the intervening time, we've obviously had the panel discussion with FDA, they have come out with a revised statement which basically says significant number of patients may benefit from the risk-benefit ratio of drug-coated balloons especially those at elevated risk for re-intervention based on additional data sets, as well as just more thorough follow-up in the data sets they had originally seen."

There does appear to be a light at the end of the paclitaxel tunnel, however.

"We're actually seeing some sequential improvement in that business even as we speak now," Coyle said.