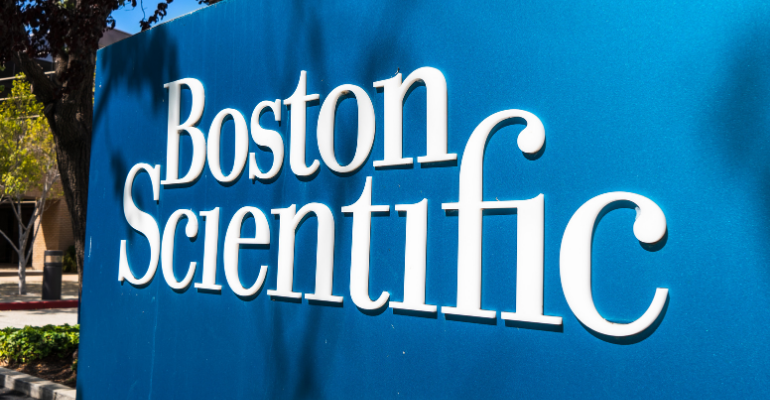 Boston Scientific has encountered some speed bumps in the past six months involving several of the company's growth drivers, but medtech analysts are optimistic about the company's strong product pipeline.

The Marlborough, MA-based company's challenges began in October with news that its Acurate Neo transcatheter aortic valve replacement (TAVR) system missed its endpoint in the SCOPE II trial and failed to demonstrate non-inferiority when compared to Medtronic’s CoreValve Evolut transcatheter aortic valve replacement system. The company did launch the Acurate Neo 2 in Europe last year, but Neo 2 isn't expected to launch in the United States until 2024. Boston Scientific also discontinued its Apama Luminize single-shot RF ablation balloon last year. Then, in November, the company decided to recall and retire its Lotus Edge TAVR platform due to complexities with the delivery system.

Despite these challenges, however, recent analyst reports point to a strong portfolio with multiple growth drivers as a reason to be optimistic about Boston Scientific.

Mike Matson, a medtech analyst at Needham & Co., said in a Feb. 12 report that he expects Boston Scientific's newer products and pipeline to continue to support revenue growth of 6% to 8%. Matson also said the company's recent acquisition of Preventice adds a high growth business, which the analyst thinks could help to offset headwinds from the discontinuation of the Lotus Edge platform.

Marie Thibault, a medtech analyst at BTIG, also shared a positive outlook on Boston Scientific's product pipeline in a Feb. 3 report. She noted that growth could come from the Ranger drug-coated balloon launch in the United States, gradual adoption of Exalt-D, and new products in the company's neuromodulation portfolio.

Boston Scientific reported in September that it signed an investment agreement and an exclusive option to acquire Farapulse, the developer of the pulsed-field ablation system. The move has the potential to strengthen the company’s position in the treatment of atrial fibrillation.

In early 2019, Boston Scientific finalized its acquisition of Millipede, a company that developed the Iris transcatheter annuloplasty ring system for the treatment of severe mitral regurgitation in pations unable to tolerate open-heart surgery.

Needham's Matson noted many of the same growth drivers, plus the SpaceOAR, Rezum, and stone retrieval devices in the company's urology and pelvic health portfolio. Boston Scientific inherited the SpaceOAR through its Augmenix acquisition in 2018, and the company recently launched SpaceOAR Vue Hydrogel, which is visible under CT imaging. Needham noted in his report that SpaceOAR sales grew over 20% in the fourth quarter of 2020.

Rezum also came to Boston Scientific through one of the company's many 2018 tuck-in deals, specifically the acquisition of NxThera. Rezum is a minimally invasive therapy for the treatment of symptoms arising from benign prostatic hyperplasia.

That 2018 Deal Spree Is Paying Off

Boston Scientific's portfolio strength can largely be attributed to the company's aggressive M&A spree in 2018. That deal activity helped the company stand out in our editors' minds that year when it came time to name the MD+DI Company of the Year.

“M&A is important for us, along with investing in organic R&D capabilities, and we leverage those together to deepen our category leadership strategy,” the company told MD+DI in December 2018. “2018 was indeed an active year for us. We announced nine acquisitions and executed several new strategic venture investments, totaling approximately $6 billion.”