President Obama said he will sign the bill into law as soon as it reaches his desk, which will usher in some long-awaited benefits for the medtech industry. 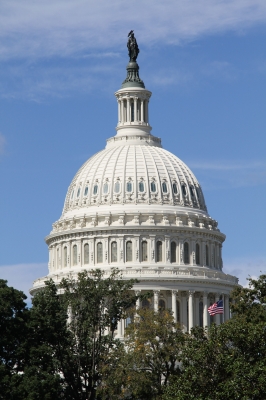 Following its passage in the U.S. House of Representatives on November 30, the 21st Century Cures Act sailed through the Senate December 7 on a vote of 94-5. The next step for the sweeping legislation, which could bring some long-hoped-for benefits to the medtech industry, is the desk of President Barack Obama, who has already promised to sign it into law.

"The bipartisan passage of the 21st Century Cures Act is an example of the progress we can make when people from both parties work together to improve the health of our families, friends, and neighbors," Obama said in a statement issued by the White House.

"The 21stCentury Cures Act is a win for patients and for medical innovation. When fully implemented, this legislation will help accelerate the discovery, development, and delivery of medical advancements to ensure more timely access to new treatments and cures for patients in need," AdvaMed president and CEO Scott Whitaker said in a statement.

The latest version of the $6.3 billion bill could benefit the industry by reducing medical device regulation. It contains provisions to:

The bill also allots $500 million for FDA--much less than Democrats had initially sought--and $4.8 billion for the National Institutes of Health, down from the original bill's $8 billion.

The final draft of the legislation seeks to boost the efficiency, predictability, and transparency of FDA's premarket approval process, according to a statement from Whitaker. The most significant change would build on existing resources within FDA to help create an expedited pathway for breakthrough medical technologies, Whitaker said.

"The innovation ecosystem that supports the development of these technologies is severely stressed," he added. "Policy improvements such as those contained in the revised 21st Century Cures legislative package will help strengthen that ecosystem and support the development of life-changing medical technology."