HomeBusinessCan Boston Scientific Bounce Back from Lotus Setback?
Recent
What Would a Dexcom-Insulet Merger Look Like?
May 24, 2022
Can Transparent AI Analysis Boost IVF Outcomes?
May 23, 2022
What FDA’s New Machine Learning Guiding Principles Really Mean
May 23, 2022
LabCorp Is Focusing on Skin Cancer with New Test
May 23, 2022

Can Boston Scientific Bounce Back from Lotus Setback? 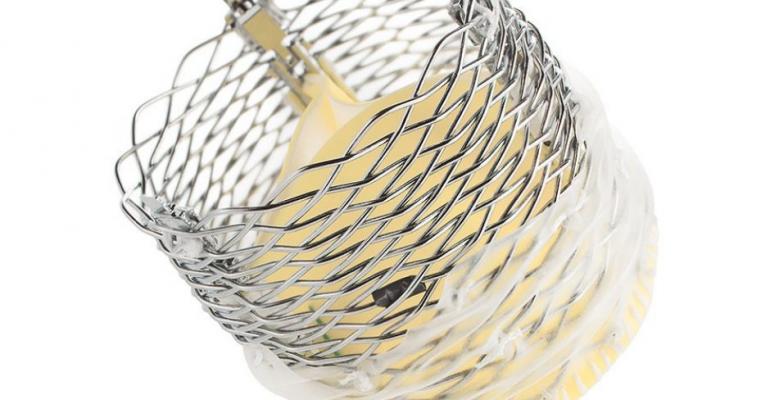 Boston Scientific pushed back its timelines for re-introducing the Lotus Edge aortic valve system in Europe and the filing of a final pre-market approval module with FDA.

Boston Scientific shares took a beating Tuesday after the company abruptly backed out of a scheduled appearance at the annual Piper Jaffray healthcare conference in New York. As investors seemed to fear, the sudden change of plans foreshadowed another Lotus setback.

The company's stock (NYSE: BSX) dropped 7.5% by market close on Tuesday, slashing Boston Scientific's market cap by about $2.9 billion. About three hours after the close, the company said it had pushed back its previously-reported timelines for re-introducing the Lotus Edge aortic valve system in Europe, and the filing of a final pre-market approval (PMA) module with FDA.

The Lotus Edge for transcatheter aortic valve replacement (TAVR) may be one of the most watched products in Boston Scientific's pipeline. The device has drawn interest from the medical and analyst community because the current generation of the valve, Lotus, is known for having low rates of paravalvular leak (PVL). The Lotus Edge has been described as being designed to maintain those low PVL rates while also reducing permanent pacemaker implant rates with its Depth Guard technology.

The company halted commercial implants of the Lotus Edge last year after a locking issue with one pin of the valve's commisure was observed in seven of roughly 200 commercial implants (4%).  Then, the company recalled all of its Lotus valves from the market in February after getting reports of a similar mechanical problem with a pin that connects the valve to the delivery system. The Lotus Edge received a CE mark in September 2016, about a month after the company previously recalled the device.

After the recall in February, the company said it implemented manufacturing process and design specification changes to the Lotus Edge delivery system with the intent of re-introducing the product in Europe by the first quarter of 2018 and filing the PMA module with FDA by January.

"We continue to see value in the unique benefits of the Lotus valve platform in treating patients with aortic stenosis," said CEO Mike Mahoney. "While we are disappointed in this delay to our timelines, we are working to carefully analyze and implement necessary modifications to pass our rigorous internal quality standards."

The company is expected to provide an update on the status of the Lotus Edge valve during its fourth quarter 2017 earnings call, scheduled for Feb. 1. In the meantime, Boston Scientific said it will continue to work with U.S. and European regulatory bodies to share pertinent updates about these delays and impact to submission timing. The company also said the delay is not expected to have a material financial impact to its fourth quarter or full year 2017 guidance.

While the setback is likely to have a near- to medium-term, transient impact on the business, Canaccord Genuity's Jason Mills said in a research note that he expects Boston Scientific will bounce back from the latest Lotus delay by the middle of 2019. More importantly, Mills said he still sees the company as a formidable long-term player not only in the TAVR space, but in the broader structural heart field.

Similarly, Needham & Company removed Lotus from its model for Boston Scientific and lowered 2018 and 2019 revenue and EPS estimates for the company. Still, Needham's Mike Matson said in a research note that he believes shares of the company are undervalued considering its current growth profile excluding Lotus and even more undervalued considering the potential growth impact of Lotus. The analyst said he views the sell-off as a buying opportunity for the stock.