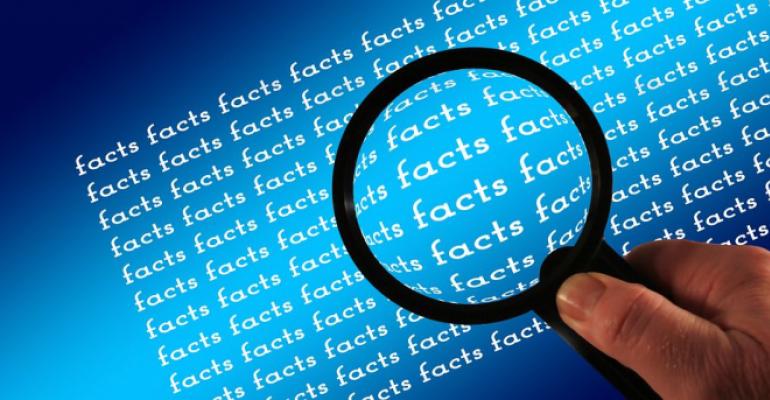 Boston Scientific opens up to MD+DI about the recent 60 Minutes report, which claimed the company is making transvaginal mesh devices using counterfeit materials that it smuggled from China.

It has been an interesting week for Boston Scientific, but not for the reasons you might think.

Yes, the company had to go on the defensive this week after CBS aired a 60 Minutes report raising concern over its transvaginal mesh products. The report accused Boston Scientific of buying counterfeit materials from a Chinese supplier to make the mesh devices. But the company has also received a show of customer support, said Dave Pierce, president of Boston Scientific's urology and pelvic health division.

"What's been encouraging this week, amidst all of the concern, and rightly so, has been the commitment and the confirmation by many of the surgeon customers that we have about how important Boston Scientific is in this space and how important it is to have an industry leader remain in this area so that women continue to have these options available to them," Pierce told MD+DI.

The American Urogynecologic Society (AUGS) also released a statement from its president, Charles Rardin, MD, this week that takes issue with the 60 Minutes report.

"We are concerned that the broadcast could lead many patients to believe that implants they have received are inherently defective as a result of the manufacturer, and are more likely to either dissolve and disappear or, conversely, to create permanent complications," Rardin said in the association's statement. "AUGS cannot comment on the manufacturing and regulatory decisions or processes of any manufacturer. However, AUGS has no reason to disagree with the FDA’s conclusions based on a more robust interpretation of data, that currently available mesh poses no new safety concerns."

These products, which tend to get lumped together as "pelvic mesh," are designed to treat women who suffer from pelvic organ prolapse or stress urinary incontinence. The implants are made with polypropylene resin, which has previously been linked to some patient complications.

Boston Scientific uses a particular brand of polypropylene in its devices called Marlex that it initially bought from a Texas-based subsidiary of Chevron Phillips.

"We realized in 2011 that our existing supply of Marlex was going to run out within a few years," Pierce said. "We went back to our original distributor and they were no longer in a position to supply this particular formulation of Marlex and our team then went on a worldwide search to find a stockpile of this Marlex."

That search led to Emai Plastic Raw Materials, a distributor in China that had Marlex in bulk. Pierce said the company first purchased a small amount of Emai's product and hired Cambridge Polymers to test the material and ensure it was the same as the Marlex previously purchased from Chevron Phillips.

Variation Among Marlex Batches Was Expected

Pierce told MD+DI that Boston Scientific had Cambridge Polymers test eight parameters of the Emai-sourced Marlex, not 11 parameters as 60 Minutes reported. And yes, there were some variations.

"When you think about mass-produced commercial resin, you would expect some variation among the batches tested," Pierce said. "We looked at, basically, multiple batches from the original distributor and from Emai."

The tests did show some small variation between the Emai-sourced Marlex and the Phillips batches of Marlex, he said, but there were similar variations from one Phillips Marlex batch to another.

"So this is very much to be expected," he said. "But I think what is critical to know is that all tested materials met the Phillips specification for this formulation."

Furthermore, Pierce said, FDA conducted an 18-month investigation to evaluate the material and concluded in September 2017 that it was the same formulation that Boston Scientific had always used. Had the agency found the materials to be different, Boston Scientific would have been required to file an additional 510(k) application, he said.

It is true that Boston Scientific decided to "overbag" the Emai-sourced Marlex when it exported the material out of China and imported it into the United States. But Pierce said that was done to protect the product from damage during shipping, not to hide anything from customs officials, as 60 Minutes reported.

When Boston Scientific bought the initial, smaller supply of Emai-sourced Marlex, the product was transported by air and the packaging sustained some damage during that shipment. The company didn't want to risk the same thing happening with the larger shipment, which was transported by sea, he said. The overbagging process was "well documented," and did not prevent customs officials from inspecting the shipment, Pierce said.

"We stand by the process through which we exported from China and imported into the United States," he said, adding that the company followed both Chinese and U.S. regulations and has never been contacted by customs authorities from either country regarding those shipments.

It does seem likely, however, that the Emai-sourced Marlex was not in its original packaging from Chevron Phillips.

"Typically this resin, this raw material, is shipped in very, very big quantities and when it gets to a distributor the distributor typically will repackage based on what their downstream customer is looking to acquire," Pierce told MD+DI. "So Emai packaged the raw material in bags for sale to multiple customers, including Boston Scientific."

Boston Scientific Could Have Jumped Ship, But Didn't

"Many years ago when the FDA put out a medical device directive regarding the use of mesh for pelvic organ prolapse and stress urinary incontinence, several manufacturers chose to leave the space," Pierce said. "We faced that exact same decision."

In many ways, it would have been a lot easier for the company to just exit the transvaginal mesh business. Instead, the company elected to stay in the space and work with FDA and medical societies like AUGS to address the concerns associated with the products.

"And we did so because we felt like females who have these issues need options and we're proud of the fact that we stayed in this business," Pierce said.

Keeping the mesh implants on the market has required a significant investment on Boston Scientific's part, he added, as the company has conducted studies mandated by FDA to prove the products' safety and efficacy, the results of which will be available to the public later this year. The company has also worked with AUGS to ensure that surgeons who use the products have extensive training, he said.

"You've seen other companies leave the space altogether. It would have been easier to do that," Pierce said. "But we, as an executive committee, made the decision to stay in this, to absorb the additional expense and complexity, because it's the right thing to do for women."