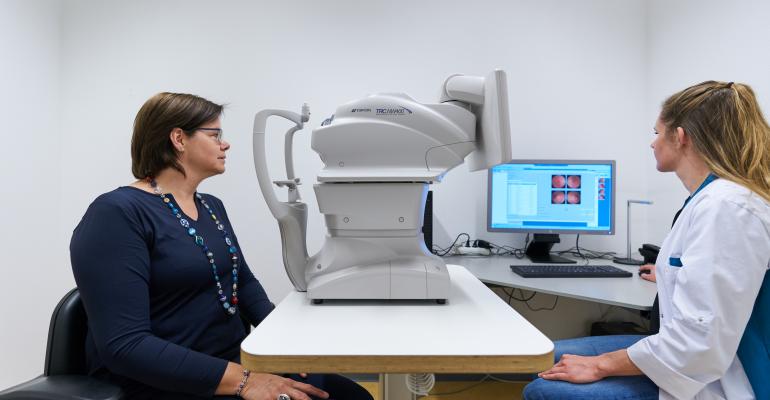 A major barrier to the widespread use of digital therapeutics (DTx) is the limitation or lack of reimbursement by public and private insurance providers, according to GlobalData. DTx can be used to prevent, manage, or treat diseases across diverse indications, particularly chronic conditions, such as diabetes, respiratory diseases, and mental health conditions and neurological disorders.

But such limitations could be changing soon because of a recent decision by the American Medical Association's (AMA) Current Procedural Terminology (CPT) Editorial Panel to create a Category 1 CPT code for retinal imaging with automated point-of-care, which includes IDx-DR, an FDA-cleared autonomous AI system that detects diabetic retinopathy without the need for physician interpretation. This new code, submitted by the American Academy of Ophthalmology, with the support of IDx, facilitates correct billing of IDx-DR.

CPT codes are reviewed and developed by clinician experts as part of a transparent and open process to provide a uniform language for submitting healthcare procedures and services for payor reimbursement. The new CPT code is scheduled to be effective in January 2021, and its description may be further refined prior to its implementation.

“I think it's historic because it's the first step in a process to lead to payments for autonomous AI in general,” said Michael Abramoff, MD, PhD, founder and CEO of IDx, in an interview with MD+DI. He explained that IDx was authorized by FDA in April of 2018, but because it was the first autonomous AI device, “nothing in the healthcare system, in terms of reimbursement, was prepared for it, because everything in that system is built around physicians and nurse practitioners making decisions. Autonomous AI makes the clinical decision by itself, so we had a giant hurdle to cross,” he said.

“Physicians are currently billing for IDx-DR using existing coding, but this new code will better capture the value of an AI making the diagnostic assessment, an important step in ensuring this technology reaches its full potential in prevent vision loss and blindness for people with diabetes,” Abramoff continued.

He said that he believes the CPT code applying to IDx-DR was created, in part because they were transparent and accountable about the risks and benefits in presenting the technology. “I think that makes a huge difference that we are not trying to slip in something and we're very open about it,” he said. “You need to be careful about risk—you must be open about it, you need to address it, and you need to take steps to mitigate it.”

This code could set the precedent for other autonomous AI technologies, Abramoff said, adding that people can now see the path to payment. “A path has been cleared for them. It’s very different if you know that something is possible, versus if you don’t even know where to begin.”