Abbott CEO Miles White Will Step Down in 2020 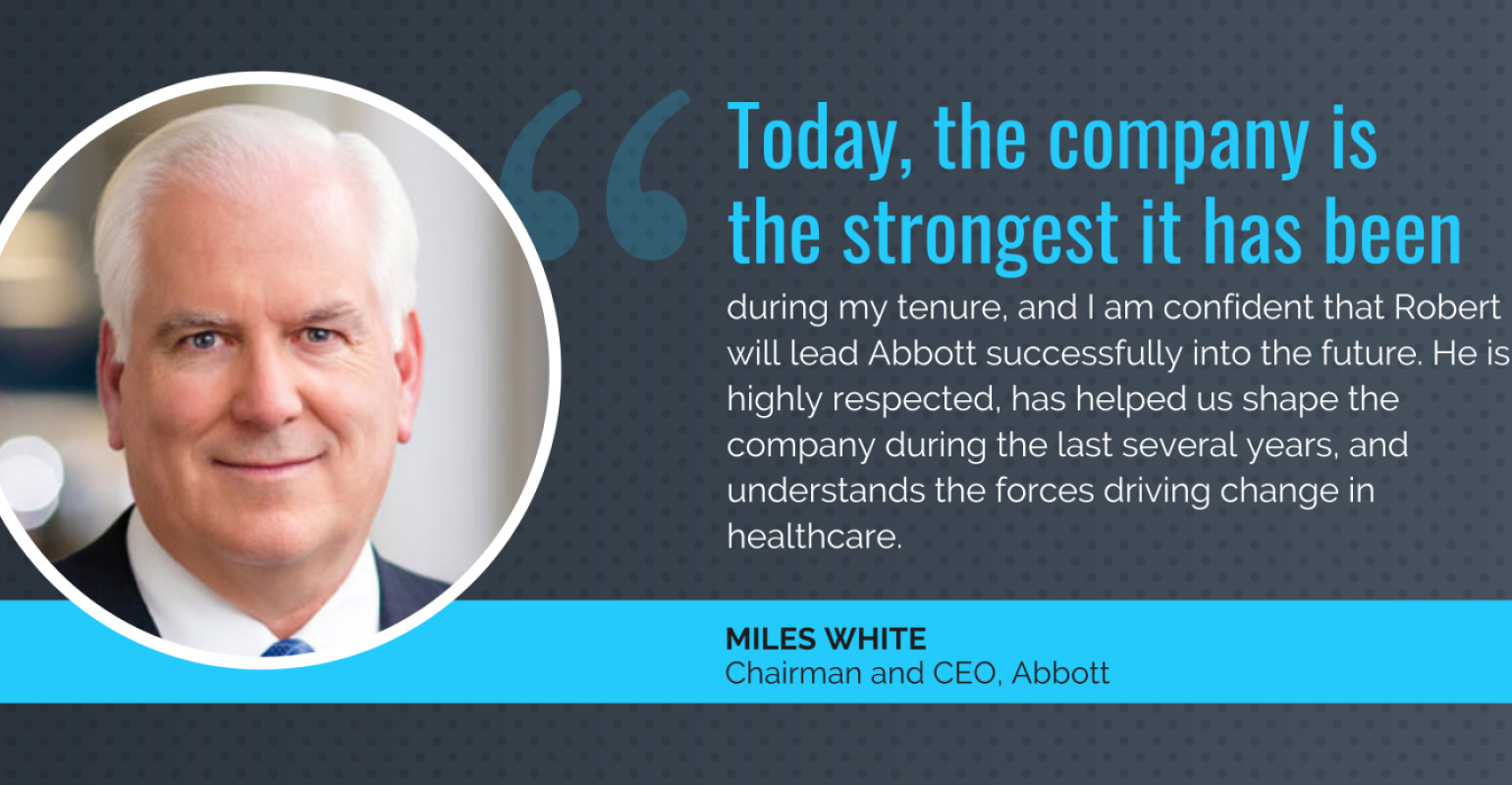 The CEO who not only led Abbott through the largest acquisition in the company's history but also showed resolve in the face of investor skepticism will step down in 2020.

The Abbott Park, IL-based company announced early this morning that March 31 will be Miles White's last day as CEO. White will, however, continue to serve as executive chairman of the board. With a 21-year run as Abbott's CEO, White holds the second-longest tenure for a non-founder in today's S&P 100 Index (a U.S. stock market index maintained by Standard & Poor's). 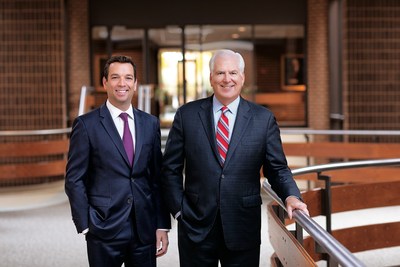 Robert Ford, a 23-year veteran of the company, will become the 13th CEO of Abbott in its 131-year history. He joined Abbott in the company's diabetes care business in 1996 and was appointed to the president/COO position in October 2018.

"It is a tremendous honor to have the opportunity to lead Abbott," Ford said. "I thank Miles for his mentorship, and I look forward to working with my colleagues to do what Abbott people do best – anticipate where science, medicine, and technology are going and innovate to best serve our customers, shareholders, and communities."

As executive vice president of medical devices, Ford also oversaw the integration of St. Jude Medical after the $25 billion acquisition closed in January 2017. He also led the launch of Abbott's FreeStyle Libre, which was among the most noteworthy FDA approvals in 2017 and, in part, the reason MD+DI editors named Abbott the Medtech Company of the Year in 2017.