HomeBusiness5 of the Most Expensive Medical Devices
Recent
The European Commission isn’t Happy with Illumina
Sep 27, 2021
Medtech in a Minute: Axonics Refuses to Be Intimidated By Medtronic, and More
Sep 27, 2021
What Is Driving Next-Gen Remote Patient Monitoring?
Sep 26, 2021
Where Is Metal AM Headed? The Process Is Solving Supply Chain Issues
Sep 24, 2021

5 of the Most Expensive Medical Devices 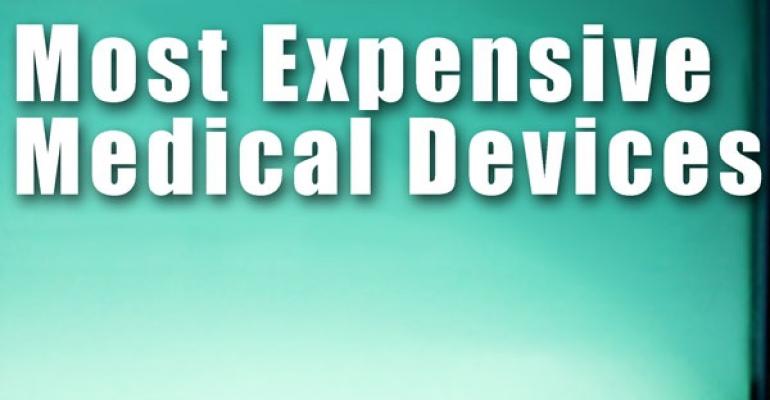 Complaining that medical devices are expensive? Go no further than a $2.5 million PET/CT scanner, or a $270 million MRI machine.

But other argue strenuously that medical technology is one of the main drivers of healthcare spending. Harvard economists Katherine Baicker and Amitabh Chandra, for instance, have repeatedly pointed out that many hospitals and clinics—especially in the United States—will invest in costly medical equipment without firmly understand how efficient it is from an economic perspective. While some pricey technology can save money overall, they argue that the benefits of expensive items like surgical robotics and proton beam therapy systems lead to "questionable health benefits."

Here, we round up five of the most-expensive medical devices, which range in price from hundreds of thousands of dollars to hundreds of millions of dollars. Read on to find out more.