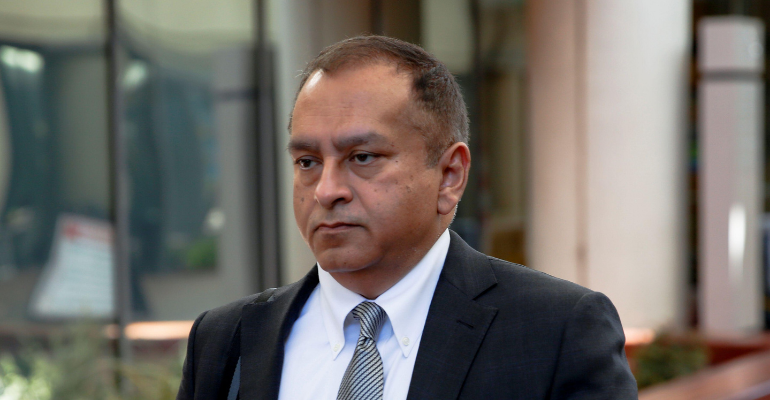 Opening arguments in the trial of Ramesh “Sunny” Balwani, former president and chief operating officer at Theranos, will now begin Tuesday morning. But is something more brewing behind the scenes in this case?

Last-minute developments had some of us wondering if a plea deal was brewing behind the scenes for Ramesh "Sunny" Balwani. The former Theranos executive and ex-boyfriend of Elizabeth Holmes faces charges of wire fraud and conspiracy to commit wire fraud.

Opening arguments in Balwani's trial were supposed to start last week, but U.S. District Judge Edward J. Davila delayed the openings because someone in the courtroom earlier in the week had been in contact with someone who tested positive for COVID-19, even though the person from the courtroom tested negative. That delay didn't seem all that unusual, given that Judge Davila made similar decisions throughout the Holmes trial anytime there was a potential COVID-19 scare. Holmes was found guilty in January on four charges of investor fraud, however she won't be sentenced until September.

Things began to get interesting, however, when Balwani's defense lawyers and federal prosecutors agreed to push back a hearing scheduled for Tuesday morning, according to Dorothy Atkins. Atkins is a senior reporter at Law360 who covered the Holmes trial extensively, and is credited for spotting the three woman who was later dubbed "the Holmies" last September.

Sunny Balwani's defense counsel and federal prosecutors agreed to push back a hearing scheduled for Tuesday by a week. My out-of-left-field guess?Either someone has COVID, or maybe they're negotiating a plea deal. pic.twitter.com/AtCR7RYmuV

That specific delay doesn't impact the scheduling of opening arguments, but it does relate to a motion for dismissal filed last week. In that motion, Balwani claims prosecutors waited until March 8 to inform his counsel that they planned to hand over about 20 terabytes of data, or about 130 million pages, regarding the government’s investigation into potential witness Viswanathan “Shekar” Chandrasekaran. Balwani says he asked the government to produce documents related to a search of former Theranos consultant Chandrasekaran’s electronic devices on April 2, 2021.

Then came the last-minute status conference Monday afternoon, which only added to speculation that a plea deal might be in the works.

A status conference in a criminal case is a meeting between the prosecuting and defense attorneys to discuss the status of the case, facilitate the exchange of information, and negotiate regarding a possible resolution. Often, courts will hold a final status conference shortly before a trial date, as a final effort to resolve the case without holding a trial, according to legal experts.

As it turns out, however, this status conference related to yet another COVID-19 concern. A juror reported a sore throat and fever Monday morning, but Judge Davila agreed to excuse the sick juror and move an alternate juror into his seat, Atkins reported.

It is unclear how much, if any, of Holmes' testimony during her own trial will come into play during Balwani's trial. Holmes testifed that Balwani abused her (he has denied those allegations), and that he took advantage of her, controlling everything from her diet and clothing to her infamous voice.

The courtroom sketch below shows Holmes becoming emotional as she is asked to read romantic texts between herself and Balwani on Nov. 30, 2021. 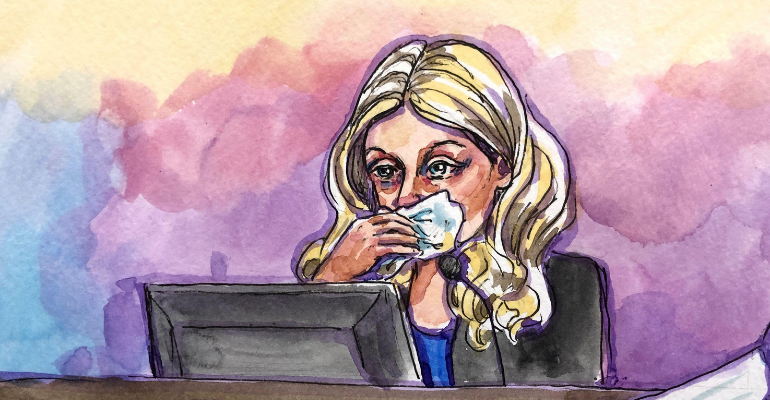 'The Dropout' Reboots Interest in Theranos

As discussed during a recent episode of Let's Talk Medtech, Balwani's trial isn't expected to be quite the media circus that the Holmes trial turned out to be.

Still, "The Dropout" has certainly rebooted interest in the Theranos story. The 8-episode Hulu series also created complications for Balwani's trial as two would-be jurors were dismissed from the selection pool after watching some of the episodes.

The show, starring Amanda Seyfried as Holmes and Naveen Andrews as Balwani (pictured below at the series primere in Los Angeles, CA), focuses on the Theranos founder, but Balwani's role as both her (much older) boyfriend and COO is a major part of the plot. If you're on the fence about watching, we recommend this spoiler-free review of "The Dropout" to help you decide if it's worth your time. 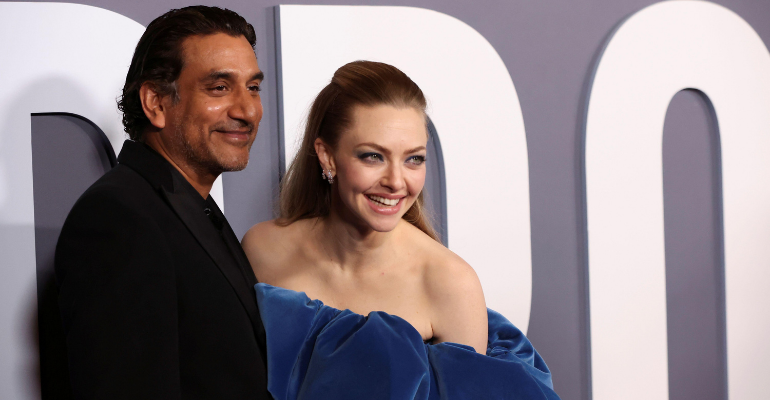 While "The Dropout" is a dramatized version of the Theranos saga, so far the series seems to be sticking as close to the real story as possible, as it is based on the ABC podcast of the same name, hosted by Rebecca Jarvis.

Aside from complicating the jury selection process, it remains to be seen if the show will impact Balwani's trial (it shouldn't, in theory, but nothing would suprise us at this point). Below are a few highlights from the first five episodes that paint a particularly negative image of the man as it relates to his role at Theranos. The sixth episode is scheduled to drop this Thursday.

And then, because we just can't resist bringing it up, there's the notorious episode 5 dance scene that blew up on social media. The cringe-inducing scene shows Holmes (Seyfried) awkwardly dancing her way into Balwani's (Andrews) office to Lil Wayne's "How to Love."

FDA Gets Down with Vanilla-Flavored STI Undies
May 13, 2022