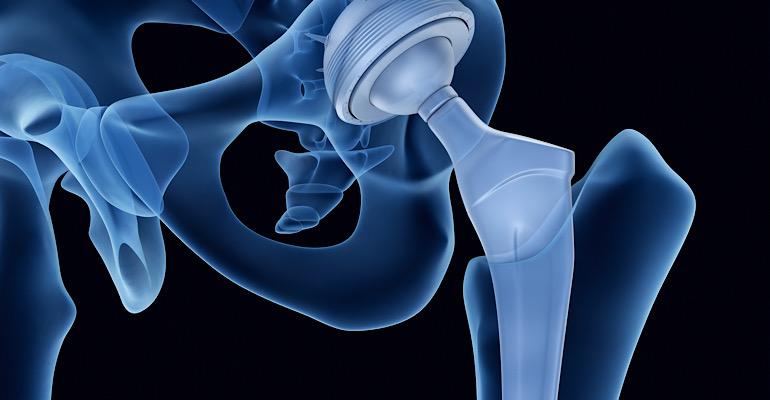 Orthopedic firms fight for stability during the pandemic.

The orthopedics market has been on a wild ride since the beginning of the pandemic. Shutdowns and uncertainty with elective procedures, which include but are not limited to orthopedics, have put a lot of twists and turns in the market. Companies in the space have seen hits to revenue and have had to modify plans to make it through this fluid market.

Rewind the clock to April of 2020. American Academy of Orthopedic Surgeons (AAOS) issued guidance that would set the tone for orthopedic procedures until this day. The organization gave guidance that suggested every locality should making its own decisions based on the availability of resources and personnel. In these situations, a panel that includes the head of the hospital (or the designee), chief of the ICU, chief of anesthesia, and chief of orthopedic surgery should form a committee to review any prospective surgery, AAOS Where feasible, input from the state department of health should be solicited.

Indeed, the world changed, and orthopedics found itself to be significantly impacted.

Conformis has perhaps been the poster child for the turbulence the market has been experiencing. The Billerica, MA-based company made medtech headlines at the onset of the pandemic first announcing a reduced headcount and then announcing it had taken a PPP Loan, which has since been forgiven.

“Over the last four weeks, we have experienced heightened levels of rescheduled and deferred procedures due to the rise of cases of COVID-19 and the Delta variant,” Conformis said in a release dated Sept. 20, 2021. “Despite this increased headwind, we remain confident in our growth plan for 2022 and beyond.”

As a result of the variability, the company has updated its revenue outlook for 3Q21. Conformis said it now expects product revenue for the quarter to be approximately $13.7 million to $14.3 million. This compares to the $15.5 million to $16.5 million projection announced on August 4, 2021.

The story surrounding Stryker was a bit different. With a market capitalization of $100.36 billion compared to Conformisis’ market cap of $239.89 million, Stryker’s position was much more ironclad.

The company was in the middle of its $4 billion acquisition of Wright Medical – which finally closed in November of 2020.  The deal had been held up a bit because of anti-trust concerns, but the companies were able to settle the issue by agreeing to divest all assets related to finger joint implants and STAR total ankle replacements to DJO Global.

In Stryker’s most recent earnings call, Kevin Lobo, the company’s CEO spoke in depth about the difficulties and how the company was bouncing back after a tough 2020.

“We've seen it throughout the year of a return of elective procedures,” Lobo said, according to a The Motely Fool transcript of the call. “These are deferrable procedures that need to be done at some point. And yes, with the Delta variant, you're starting to see pockets of disruption. But overall, the hospitals are very capable of being able to deal with this. And we're seeing in markets like Latin America and other markets, the situation is actually improving. So overall, we know there's going to be some disruption. That is baked into our guidance, but we believe, with the momentum that we have across not only our implant business but as well as our capital businesses, we feel pretty confident enough to raise the bottom end of our full year sales guidance.”

MD+DI reached out to Stryker about what the company was observing during the pandemic particularly with the Delta Variant.

“We are seeing some impact from the Delta variant, as well as the burnout of hospital staff, on elective procedures,” Stryker told MD+DI in an email. “However, the situation is fluid as we are also seeing Delta start to peak in many geographies.”

Zimmer Biomet had the daunting task of rebranding itself. Before the pandemic, the Warsaw, IN-based company was trying to break down silos and fully integrate Zimmer with Biomet. Bryan Hanson, the company’s CEO began laying down the ground work – focused on the culture gap between the "Zimmer camp" and "Biomet camp."

The firm recently began the process of spinning out its Spine and Dental business, now called  ZimVie.

During an earnings call held in early August, Hanson spoke to the unpredictability of the virus.

“Number one, and this is more short term, but it's important, the recovery from COVID is moving in the right direction,” Hanson said according to a Seeking Alpha transcript of the call. “Now it's definitely not happening the way we anticipated. I don't think it is for anybody. But it's moving in the right direction, nonetheless. And the two, and I think this is important, not just for now, but the long term, our team continues to execute and deliver against the things we can control, and both of these things were deeply considered in our updated guidance. And this gives us confidence that continued recovery through the back half of the year is going to happen. And we see a path to end 2020 at 4% to 5% organic growth, at 4% to 5% we've been talking about without the need for any material benefit from clearing the deferred patient queue.”

The situation with orthopedics and elective procedures is best described as fluid and ever-changing.

SeaSpine Holdings perhaps gives the most accurate testimony of any company during the pandemic. The Carlsbad, CA- based company took a hit on shares after it was unable to confirm its prior revenue guidance for the fourth quarter and full-year 2021.

"Throughout the third quarter of 2021, and most acutely starting in August, spine surgery procedure volumes were negatively impacted in many areas of the United States, including in Florida and Texas, where SeaSpine derives a meaningful portion of its revenue, due to cancellations and/or postponements of procedures as a result of the increased cases and transmissibility of COVID-19 and because hospitals and other surgical centers were experiencing staffing shortages," the company said in a SEC filing.