HomeNewsAre J&J and GE’s Upcoming Splits the Start of a Trend for Megacorps?
Recent
Vertellus to Show Adhesives, Sealants at MD&M East & More Supplier News
Dec 03, 2021
Medtech Company of the Year 2021 Finalists
Dec 03, 2021
BD Racks Up on Acquisitions in 2021
Dec 02, 2021
Possibilities for Funding Your Next Medical Device
Dec 02, 2021

Are J&J and GE’s Upcoming Splits the Start of a Trend for Megacorps? 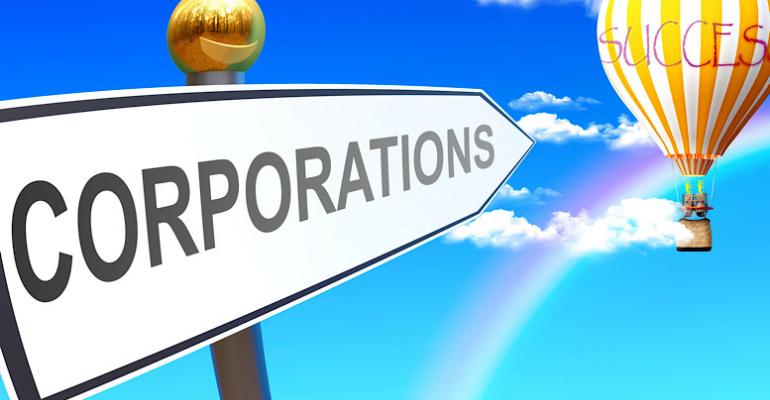 The seeds for both companies splitting into smaller units were planted a long time ago.

Two medtech companies are about to undergo massive transformations. Johnson & Johnson, and GE Healthcare have they would be splitting operations. While some are decrying this is the start of a trend, those who have been following J&J and GE Healthcare know the seeds for the splitting off into smaller units were planted a long time ago.

J&J said it was splitting Johnson & Johnson is splitting its consumer products business from its medical device and pharmaceutical businesses. The New Brunswick, NJ-based company said it hopes to complete the transaction in 18 to 24 months.

GE said it will spin off its health business, GE Healthcare. In a second split, the company said it would combine its renewable energy, power, and digital businesses into a separate firm in a spin-off slated for 2024. The remaining GE business will focus on aviation.

(Editors Note:  Toshiba said it was splitting into three separate businesses that would focus on infrastructure, semiconductors, and devices.)

The signs of a split for J&J became evident in 2016. Activist investor Artisan Partners Limited Partnership put the pressure on J&J after it was frustrated by the company’s M&A strategy and medical device segment.

At the time, the bone of contention was J&J’s acquisition of Synthes in 2012 for $19 billion, which also cost $5 billion in restructuring costs.

"Despite this $24 billion investment, the medical device business is generating adjusted EBITA of less than $8 billion, roughly the same level of profit it made in 2010," reads part of a 2016 letter to J&J from Artisan Partners.

What’s interesting to note, is that during the time J&J received the letter from Artisan Partners, it was already a few years into a series of divestitures – mostly in its device segment.

In a major surprise in 2011, the New Brunswick-based conglomerate said it was withdrawing from the drug-eluting stent market, a category it had created and the assumption was that it was falling behind competitors like Abbott Laboratories and Boston Scientific.

The company then went on to sell Ortho-Clinical Diagnostics for $4.2 billion to the Carlyle Group in 2014. A year later, J&J sold its Cordis unit to Cardinal Health for $2 billion. Interestingly enough, Cardinal Health sold Cordis to Hellman & Friedman for $1 billion in August.

Hints of GE’s split were dropped as far back as 2017. After abysmal 3Q17 earnings, GE Healthcare’s CEO, John Flannery said he was planning to divest more than $20 billion worth of assets over the next one to two years and the firm a more streamlined company. The company had been in a state of turmoil, with its stock price down more than 20% year to date.

As a result, GE Healthcare’s notable divestiture was its Value-Based Care division to Veritas Capital for about $1.05 billion.

Interestingly enough, both companies are in the midst of leadership changes.

Peter Arduini expected to step down from his role as CEO at Integra LifeSciences by the end of the year to assume the role of president and CEO at GE Healthcare in January.

Joaquin Duato is transitioning to the role of J&J CEO after Alex Gorsky announced he was stepping down from the position.