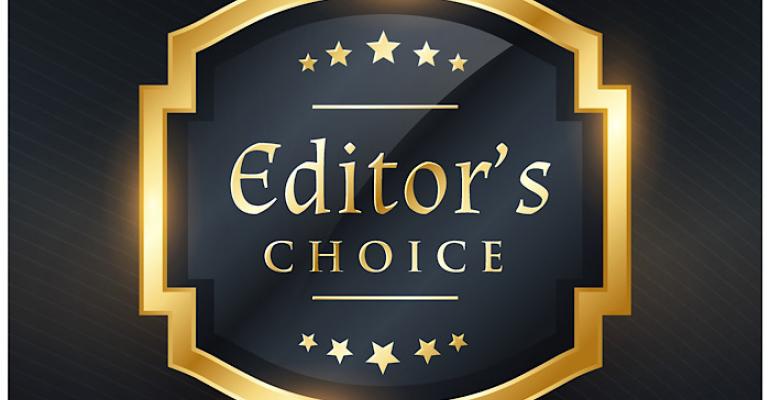 Siemens Healthineers has been named as MD+DI Editor’s Choice for Company of the Year.

Yes, 2020 has been a difficult year for medtech. COVID-19 perhaps presented the biggest challenge for the industry. Some companies could not secure the proper financings; some refined missions; and some closed up shop entirely.

Rewind the clock to late March/Early April. There were more than one million COVID-19 cases and 51,563 deaths worldwide. The Erlangen, Germany-based company was already on the call though – shipping its Fast Track Diagnostics (FTD) SARS-COV-2 Assay to Europe for research use only and seeking FDA emergency use authorization for the test.

Siemens Healthineers inherited the assay when it acquired Luxembourg-based Fast Track Diagnostics in December of 2017.

The company would begin to do some of its most ground-breaking work with antibody testing in the summer of 2020. In August, the firm won the designations for the ADIVA Centaur COV2G and Atellica IM COV2G semi-quantitative Sars-CoV-2 IgG antibody tests.

Siemens Healthineers continued to distinguish itself during the pandemic as a provider of quality antibody tests. For example, in a head-to-head evaluation of four commercial antibody tests conducted by Public Health England, in partnership with the University of Oxford, Siemens Healthineers’s COV2T assay was the only test that met both sensitivity and specificity targets.

Siemens Healthineers would have the proverbial mic drop on antibody testing when it announced a partnership with the Centers for Disease Control and Prevention and the Joint Research Centre (JRC) of the European Commission.

The collaboration was set to define the threshold for standardizing COVID-19 antibody tests and came at a time when there were about 29.6 million cases of COVID-19 across the globe with 936,079 deaths.

The problem with antibody testing is the diagnostics differ among test manufacturers and currently cannot be analytically compared because they target different SARS-CoV-2 proteins. Also, antibody tests were controversial because of issues with inaccuracy. FDA revoked the EUA’s of some antibody tests because of this.

Siemens is developing a process for standardizing SARS-CoV-2 assays by anchoring each protein to a neutralization antibody titer—a level of antibody present to block the virus from entering cells in laboratory experiments. The thresholds displayed in the standardized unit of measure for IgG—arising either from natural infection or vaccination—may likely contribute to a standardized interpretation of immunity through test results.

Even with a global pandemic, Siemens Healthineers had time to announce a mega-merger. The company said it would acquire Varian for $16.4 billion. Siemens Healthineers said the deal would give it a broader reach into cancer care. The all-cash transaction is set to close in the first half of 2021.

This is one of the largest medtech deals that has occurred in a year with. The largest deal recorded between MD+DI for 2020 is Teladoc’s proposed $18.5 billion acquisition of Livongo.

Marie Thibault, a medtech analyst at BTIG and a former managing editor at MD+DI, wrote in a research note that Varian and Siemens already had a mutual marketing and development relationship dating back to 2012.

“While unexpected — we viewed Varian as a routine acquirer but did not think the company was a likely near-term acquisition target — we do think the transaction makes sense given the two companies’ product portfolios and existing collaboration,” Thibault wrote in a research note. Although [Siemens Healthineers] exited its linear accelerator business at the end of 2011, Varian business has shifted considerably in recent years, with service and software adding growth and more favorable margins vs the legacy hardware business. Siemens believes adding Varian’s capabilities and products will allow it to address the issue of fragmented cancer care by enabling earlier diagnosis and precise, targeted therapies powered by artificial intelligence.”

Siemens Healthineers is closing out 2020 with several strategic moves. The company is in a high-profile partnership to develop assays for Novartis’s therapeutics. The initial focus will be centered around the development of serum neurofilament light chain (NfL) immunoassay for patients with Multiple sclerosis and other neurological diseases.

Last week, the firm was able to secure FDA clearance for the Epoc NXS Host mobile computer for point-of-care testing.

During a 3Q20 earnings call, Siemens Healthineers President and CEO Bernhard Montag commented on 2020 and looked ahead to 2021.

“With our unique technology position and clinical understanding from prevention to in vitro and in vivo diagnostics to therapy and posttreatment offerings, we become the most holistic partner for the entire spectrum of our customers with the most comprehensive portfolio for all major diseases,” Montag said according to a transcript of the call from Seeking Alpha.

He added, “To conclude, despite facing a global crisis, we have shown that our business is resilient. We look optimistic towards 2021 and beyond. And we continue to work on rolling out unmatched, innovative products. And with the planned acquisition of Varian, we are set to build an even stronger company to shape the future of healthcare.”