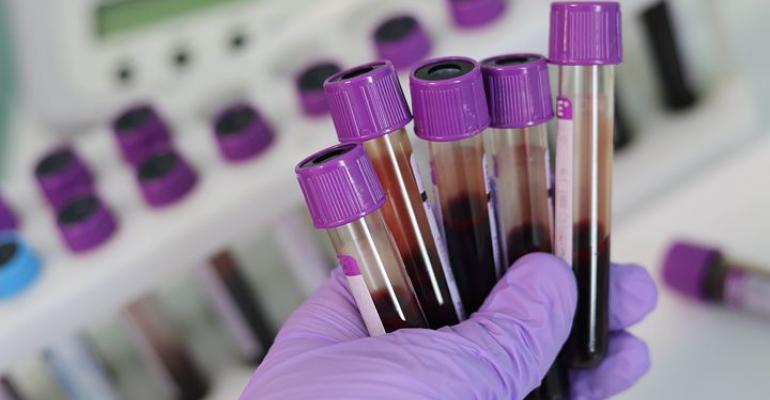 The Royal Oak, MI-based company has raised $22.2 million in a series B round and is developing a test for the detection of prostate cancer. Executives from OncoCell said the test could be available late next year.

There’s a new entrant in the liquid biopsy space. Well, sort of. Even though OncoCell MDx was formed in 2012, it hasn’t made a great deal of noise up until this year.

Now the Royal Oak, MI-based company is exiting stealth mode by raising $22.2 million in a series B round. The financing was led by Savitr Capital, LLC (Savitr) with participation from existing investors. Mark McDonough, OncoCell’s president and CEO, spoke about the company; its blood-based test for prostate cancer; and the recent financings round.

“Until I was hired in April of this year, the company was [comprised of] several part-time employees and four full-time employees,” McDonough told MD+DI. “We have now decided that this is our time to take the next step. The B round is going to help us catalyze bringing all of our internal data to press. One of our objectives is to submit several papers to press over the next six to 18 months and to continue the clinical studies that we’ve been doing.”

“We also want to continue to lay a foundation for a subsequent raise which can really help the company [take off],” McDonough said. “We also want to realize the [full] potential of this test, which also has capabilities in rheumatoid arthritis, cardiac disease, colon cancer, and lung cancer …”

The first test will focus on prostate cancer and the company is pushing to have it available sometime next year.

“We believe that we can improve the human condition globally by combining the power of the immune system with technology,” McDonough said. “We are leveraging next-gen sequencing in machine learning on our proprietary platform to deliver actual medical information. The problem we’re committed to solving is empowering patients with deeper insights into their health and most importantly giving them the opportunity for early diagnosis.”

Diving in the Liquid Biopsy Pool

Some of the nosiest players in liquid biopsy are Guardant Health, Grail, Freenome, and Thrive Earlier Detection Group. Each company has had larger than normal (for medtech) financing rounds – which are needed to run their complex clinical trials.

Guardant stands out as the most established liquid biopsy firm in the space because it was one of the first companies in the market to transition from private to public. The Redwood City, CA-based company raised about $238 million in its IPO.

Grail has been making significant waves since it launched in 2016 and raised $100 million in a series A round. In May, the Menlo Park, CA-based company was granted breakthrough device designation by FDA for a next-gen sequencing (NGS) blood test for the early detection of multiple cancer types in individuals 50 or older.

“The beauty of liquid biopsy and the reason why companies like Guardant are having success; why Thrive raised $110 [million]; Freenome raised $160 [million]; and we believe we have a great story to raise a significant amount of money - is because if you have the science in a test that can really work, we can help solve for a lot of challenges that testing modalities like [tissue biopsies] might have.].”

He added, “tissue has been wonderful, it’s been the foundation of pathology for decades and into a century. There are some great tests to help people with all kinds of different tumors. But with these [cases] like prostate cancer or in lung, where it’s hard to get these samples … liquid biopsy can really solve for that.”