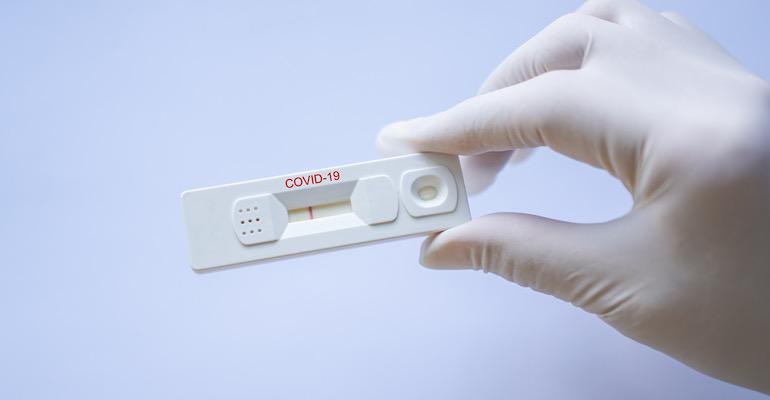 It was revealed this week by the Biden Administration that there will be an additional $1 billion to help manufacturers keep up with the soaring demand for COVID-19-related diagnostics.

The Biden Administration is making an even bigger push for coronavirus testing. During a press conference Wednesday, the administration said the federal government is investing an additional $1 billion to further mobilize testing manufacturers and keep up with the increased demand for COVID-19-related diagnostics.

This follows a September measure from the administration authorizing $2 billion to ensure tests are available to those who need them and to provide manufacturers with purchase commitments that allow them to ramp up their production.

During a news briefing, White House Coronavirus Response Coordinator, Jeff Zients said, “This means companies will be able to expand production of tests even further, based on the U.S. government’s commitment to procure an additional 180 million rapid tests over the course of next year, with tens of millions more tests coming to market over the course of the next 30 days.”

He added, “At the same time as we increase rapid, at-home testing, we’re increasing access to free testing. Free testing has been central to our COVID response from day one of the administration.”

The initiatives also come on the heels of Acon Laboratories winning emergency use authorization for the Flowflex COVID-19 Antigen Home Test. During the news brief, Zients mentioned the diagnostic.

“Authorization of the new Acon test on Monday accelerates this pace, and we are now on track to triple the number by early November,” Zients said at the news conference.

The COVID-19 diagnostics situation has been on a wild rollercoaster ride over the past few months. Testing declined and the story began to change to vaccination efforts. However, the rapid spread of the Delta Variant and the flattening adoption of the vaccine moved the pendulum back toward testing.

Near the start of the pandemic, testing efforts helped turn some companies around. Hologic, just recovering from the divestiture of Cynosure, its aesthetics business, became an earnings juggernaut because of COVID-19 testing.

At the other end of the spectrum, Abbott Laboratories, one of the larger companies at the forefront of testing, lowered guidance and announced it was reducing headcount at its Westbrook ME manufacturing facility to deal with the decline in demand.

However, the Abbott Park, Il-based company had to restart production at its Illinois plant and rehiring in Maine once the demand went back up according to a report from ABC News.