Is This the Future of Healthcare? 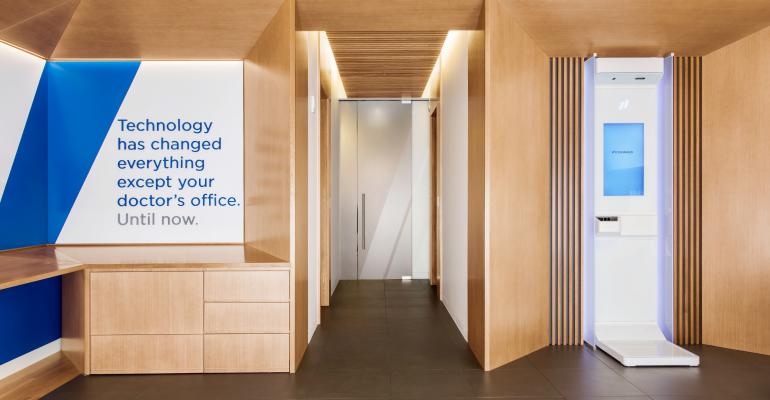 We’ve all heard the saying, “prevention is the best medicine,” and yet preventable illness continues to impact patients. Could a new approach to primary care employing advanced medical technology such as high-tech sensors make a difference in wellness? And could it be the future of healthcare?

Adrian Aoun hopes so. Dismayed by his brother’s heart attack at the age of 31, Aoun decided to leave his position as director of special projects at Google two years ago to “rebuild the entire healthcare system.” He founded Forward, a member-based healthcare service that offers what the company calls “world-class doctors with advanced medical technology.” The company opened its first location in San Francisco in January 2017, followed by a second in Los Angeles in November 2017. This past September, Forward opened a third location in Newport Beach, CA; another is set to open shortly in Glendale, CA, in late October.

“In tech, we don’t let things happen when we don’t like them,” Aoun told MD+DI, pointing toward companies like Airbnb and others that have emerged to transform their respective spaces.

“The world of healthcare is so reactive,” he said. Forward seeks to counter this by being as “data-driven as possible,” he said.

During a member’s first visit, health data collected by a noninvasive biometric body scan along with results from genetic and blood testing provide doctors and members with information for baseline health evaluation. During consultations, sensor-equipped stethoscopes and other high-tech sensors transmit readings to a touchscreen that collects and displays health history. (Past records can be retrieved from other sources and added to the Forward record, and the program can even develop a pharmacogenetic profile.) Care and treatment plans can then be devised.

“It’s kind of a ‘choose your own adventure’—what do you and your doctor want to work on?” said Aoun. “The system autogenerates a year-long schedule that is always by your side.”

Aoun says Forward has developed the sensors that are used for biometric body scans and the Forward app that provides members with 24-hour access to their medical records and to Forward's care team. Members are provided with other sensor-equipped products, including wearables, that connect to the Forward app to monitor activity and track progress toward their health goals.

Additional sensors can be provided for home use if further data is needed. Sensors that can be sent home include wellness sensors as well as ECG sensors, blood pressure sensors, cataract sensors, glucometers, and more. “If a member is not sleeping well, we can send a sleep sensor home,” Aoun said. All sensors are connected live to the Forward system.

Forward’s approach “uses technology to reduce the inefficiencies, which allows us to lower the overall cost over time, so we can get this to every single person on the planet that really needs access for better healthcare,” said Aoun in a YouTube video.

At Stanford Medicine Big Data Precision Health 2017, Aoun explained that Forward is creating the notion of a “medical engineer” through monitoring, analytics through algorithms, and tools that allow doctors “to intercede before bad things happen. But the interesting part of this cycle is that it is closed-loop so that anything that our providers and members are experiencing we get to learn from and improve over time and actually start to create that medical AI that gets better and better every day to supercharge our doctors."

For now, Forward’s mission is twofold. On the micro level—provide members with “as much info as possible to prevent anything coming down the pike,” Aoun said. And on the macro level—provide scalable healthcare. “Augment doctors with technology—that’s how we are going to get healthcare to everyone,” he said. "We want to supercharge doctors."

When asked whether his brother’s heart attack could have been prevented if his brother had had better information about his health, Aoun told MD+DI that “We'll never know for sure, but Forward exists to answer that question. What happens if you give world-class doctors advanced medical technology that allows them to understand their patient's health comprehensively and build personalized, preventive plans for the future? We believe preventive care leads to greater wellness, and we're delivering that to our members.”