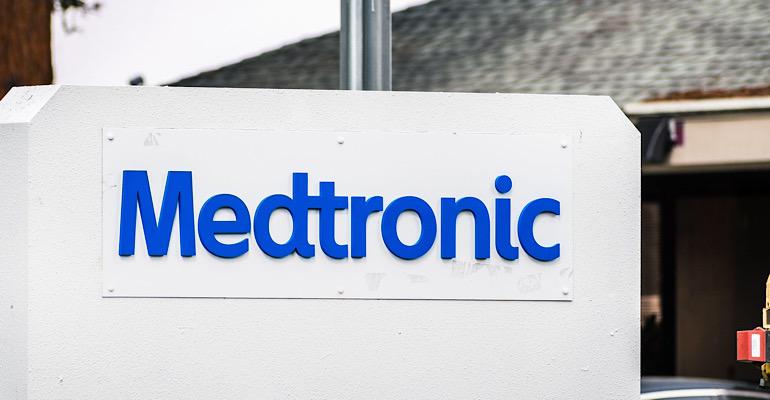 The Dublin-based company has a lengthy history of inking deals to increase Hugo’s prowess – and just announced a new collaboration with Vizient.

What can medtech firms do to possibly gain market share in spaces that have been dominated by one central player?

The answer is simple.

Companies can take a page out of Medtronic’s book with how the way the company is handling the Hugo robotic-assisted surgery system (RAS), in the surgical robotics market. For years Intuitive Surgical’s da Vinci robot has gone relatively unchallenged in the space.

But Medtronic is employing the power of collaboration to strengthen Hugo’s prowess and even the odds against Intuitive, its chief competitor in surgical robotics.

To do this, the Dublin-based company is leveraging Touch Surgery Enterprise, an AI-powered management and analytics platform for the OR, developed by Digital Surgery, a division of Medtronic’s Surgical Robotics group. The contract with Vizient,a healthcare performance improvement company for nearly half the nation’s healthcare providers, expands Medtronic’s reach into healthcare institutions so the company can more easily implement Touch Surgery Enterprise in hospitals and clinics.

A fully integrated hardware and software system connected to the cloud, Touch Surgery Enterprise works easily with many laparoscopic and robotic scopes and enables hospitals to take the first step to digitizing their operating room while using existing equipment.

The added feature to Hugo could make the technology more enticing in the market.

"Touch Surgery Enterprise allows surgeons to use data to refine the way surgery is taught and executed, and we believe that will raise the standard of healthcare for all," said George Murgatroyd, vice president and general manager, Digital Surgery within the Surgical Robotics business, which is part of the Medical Surgical Portfolio of Medtronic. "This agreement with Vizient allows us to build on the strong interest we're seeing globally, to support hospitals in the U.S. who are looking to harness the power of surgical video data and analysis."

Medtronic’s collaboration with Vizient shouldn’t come as a surprise. Well before Medtronic’s surgical robot’s name was public, the company was making deals to strengthen it. In June of 2019, Medtronic announced that Hugo would incorporate Karl Storz’s 3D vision systems and visualization components.

And about two years ago Medtronic, in another plan to enhance Hugo, acquired Digital Surgery, a company that specializes in digitizing surgical protocols to use computing and to support the delivery of consistent, data-driven, and evidence-based surgical care.

To date, Medtronic’s Hugo has only received approval in Europe, Canada, and Australia. The firm doesn’t have approval in the U.S.

The company still has a longer runway than Johnson & Johnson the other newcomer to the surgical robotics space. The New Brunswick, NJ-based company sent shockwaves into the space when it announced (in 2021) it was delaying its Ottava system by two years.

J&J’s announcement was shocking because it had put in significant resources in building up Ottava – including buying out Verily’s stake in the surgical robotics joint venture and acquiring Auris Health for $3.4 billion.

However, excessive R&D charges related to challenges presented by the pandemic necessitated the delay, J&J said.