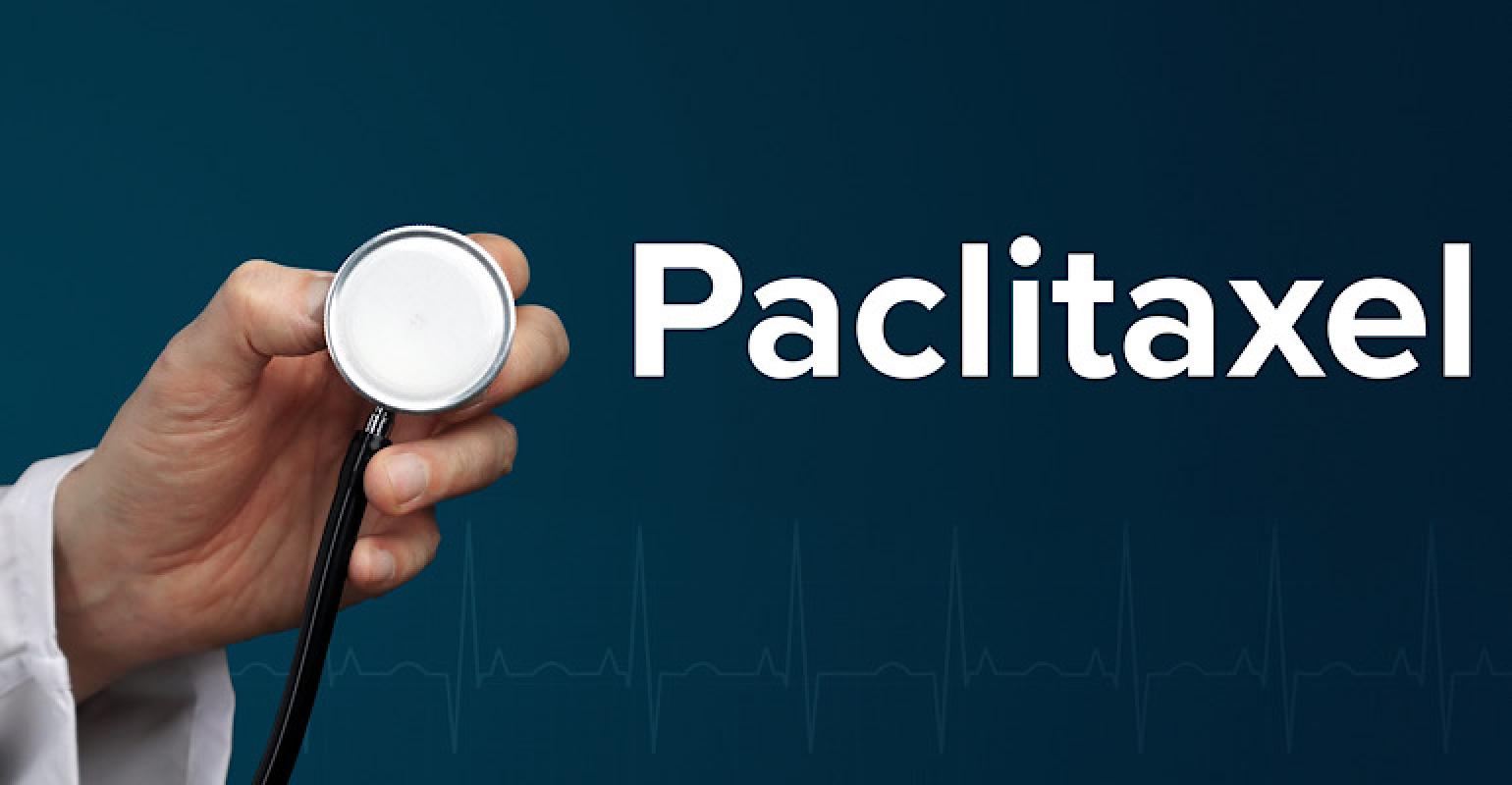 Manufacturers of paclitaxel balloons and stents were hit hard in December 2018 after after a meta-analysis showed an increased risk of death for patients treated with these devices. The tide has since changed, however, and late-breaking data presented over the weekend helped to further confidence in drug-eluting stents and drug-coated balloons (DCBs) that use paclitaxel.

A meta-analysis of two major randomized controlled trials (RCTs) showed no significant difference in mortality between patients treated with the Philips Stellarex DCB (manufactured by Royal Philips) and those treated with percutaneous angioplasty (PTA), the current standard of care for peripheral artery disease (PAD). The results were presented Saturday at the 2020 Vascular Interventional Advances (VIVA) conference. The data includes two Stellarex RCTs, the ILLUMENATE EU RCT and the ILLUMENATE Pivotal RCT, comprised of 589 patients in the U.S. and Europe. Patients were followed up to four years with a high compliance on vital status data, Philips said.

Related: FDA Has Calmed Down About Paclitaxel, but Has the Market Recovered?

The Philips Stellarex DCB is made with Philips' EnduraCoat technology, a coating that consists of a polyethylene glycol excipient with amorphous and crystalline paclitaxel particles dispersed in it. According to Philips, the EnduraCoat technology is designed to provide efficient drug transfer and effective drug residency coupled with high coating durability and minimal particulate loss, thereby enabling a low therapeutic drug dose.

“The meta-analysis reinforces previously presented results from the ILLUMENATE RCTs, demonstrating low mortality rates each year through four years, with no difference in rates between the two patient cohorts,” said Sean Lyden, MD, chairman of the department of vascular surgery at the Cleveland Clinic, who presented the data. Lyden is also co-primary investigator for the ILLUMENATE pivotal trial, and a paid consultant to Philips. “This independent, patient-level meta-analysis continues to provide consistent, long-term data for a large group of patients.

“The results of this study confirm the safety and performance of our unique Stellarex low-dose drug-coated balloon,” said Chris Landon, senior vice president and general manager of image guided therapy devices at Philips. “We are committed to providing healthcare providers with accurate and transparent data in order to help them make an informed decision on the optimal treatment for each patient with peripheral arterial disease. Stellarex, with its low drug dose and unique drug coating composition, is a logical choice for those who require this option.”

The paclitaxel debate of 2019

After the damaging meta-analysis published at the end of 2018, FDA conducted a preliminary analysis of long-term follow-up data (up to five years in some studies) of RCTs for paclitaxel devices indicated for PAD. That analysis prompted the agency to send a letter to healthcare providers in March 2019, urging physicians to seek alternatives to paclitaxel-coated (or eluting) devices. The agency said its preliminary review of the data identified "a potentially concerning signal of increased long-term mortality" in clinical trial patients treated with these drug-coated devices compared to patients treated with uncoated devices.

FDA also said at that time, however, that the data should be interpreted with caution because there is large variability in the risk estimate of death due to the limited amount of long-term data, and because these studies were not originally designed to be pooled. Also, the agency noted that the specific cause and mechanism of the increased risk of death was unknown.

Things really got murky in June 2019 during a two-day meeting of FDA's Circulatory System Devices Panel. After two days of presentations related to the use of paclitaxel in balloons and stents, the committee was ultimately befuddled by discrepancies present in the available data.

"At the end of the first day of presentations, FDA concluded that there is a signal associated with an increase in mortality through five years of paclitaxel-coated devices as compared to non-coated devices," Eleni Whatley, PhD, a lead reviewer at FDA, said at the beginning of the second day. "We made attempts to acquire missing data and assessed for the impact of missing data and believe that the mortality still exists given this missing data. However, no relationships were determined based on specific subgroups and to date, no causality could be attributed to this increased mortality."

She noted that the approved drug-coated balloons and drug-eluting stents that use paclitaxel have varying characteristics incl drug dose density and max total drug load, however, in many instances in both clinical and animal studies multiple devices were. Those variations in the pooled data were a key concern for many of the stakeholders who presented.

In the screen capture below, Joaquin Cigarroa, MD, associate chief of clinical cardiology at the Knight Cardiovascular Institute and a voting member of FDA's Circulatory System Devices Panel, talks about the signal associated with an increase in mortality through five years of paclitaxel-coated devices as compared to non-coated devices.

"Each of those histogram bars at five years, in the data that we have access to, with the recognition that that data is challenged ... the signal begins to occur between years three and five, and so I think the models that we need to contemplate are different," Cigarroa said. 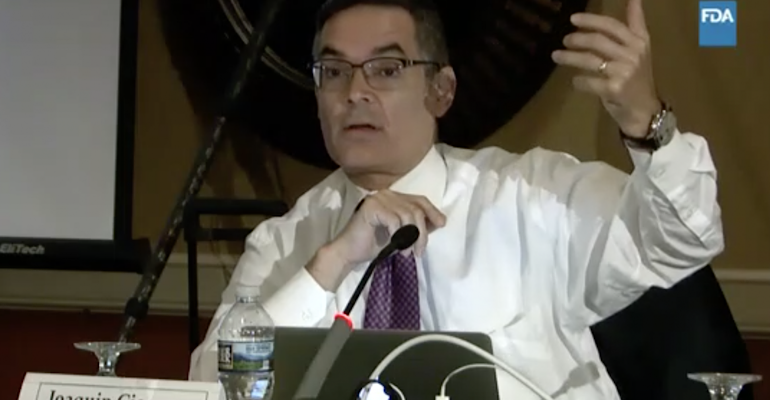 Manufacturers that sell paclitaxel-coated balloons or paclitaxel-eluting stents had to wait until August 2019 before getting some clarity from FDA around the issue. By that time, the uncertainty around paclitaxel devices had driven a market decline of about 50%.

The issue was a hot topic at Wells Fargo Securities' 2019 healthcare conference.

"We saw a very dramatic 50% reduction in volumes in the United States for drug-coated balloons," Medtronic's Michael Coyle said at the time. Coyle was then the executive vice president of Medtronic's cardiac and vascular group. His title recently changed to president of the cardiovascular portfolio.

In November 2019, the agency approved Medtronic's IN.PACT AV drug-coated balloon for the treatment of failing arteriovenous access in patients with end-stage renal disease undergoing dialysis. That approval, along with CE mark certification of Surmodics' SurVeil DCB, marked a positive shift in the paclitaxel story.