Will Theranos Settle Walgreens Feud for Less Than $30M?

The embattled startup continues to chip away at heaps of litigation while focusing its business efforts on developing and selling a tabletop blood-testing device. 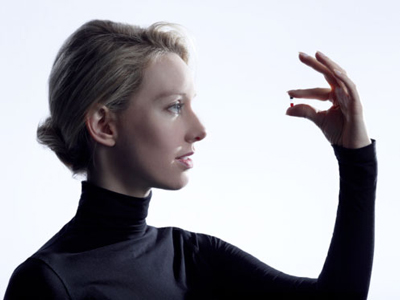 Theranos is reportedly close to resolving its Walgreens lawsuit, and may only be on the hook for $30 million or less.

Theranos promised to "vigorously" defend itself against Walgreens, and it appears the embattled blood testing company and its lawyers have done a surprisingly decent job of it.

The Wall Street Journal (WSJ) reported Wednesday that Theranos and Walgreens reached a tentative settlement in which Theranos would pay the drugstore company less than $30 million. That's a pretty good deal for Theranos, considering Walgreens had reportedly been seeking $140 million - the amount it invested in the company.

The tentative agreement comes less than two months after Theranos settled two lawsuits brought by another major investor, Partner Fund Management (PFM). PFM invested $96.1 million in Theranos in 2014 and later accused Theranos of using a "series of lies" to attract investments. The amount of Theranos' settlement with PFM was not disclosed.

Walgreens severed ties with former partner Theranos about a year ago, kicking the company out of about 40 of its Arizona drugstores.

Theranos has been actively trying to resolve its legal problems in recent months. It has even gone so far as to offer its most recent investors shares of Theranos stock held by CEO Elizabeth Holmes in exchange for agreeing not to sue. But according to another WSJ report, Holmes owes the company $25 million.

In May, Theranos said it would spend the money it would have used to fight these lawsuits to its efforts to bring its miniLab to market. Holmes has described the tabletop blood-testing device as a miniaturized, automated laboratory capable of performing small-sample tests.

Theranos is seeking FDA approval for miniLab, which it plans to sell to laboratories rather than performing blood tests itself. Legally, the company cannot own or operate a clinical lab for two years, as part of a settlement with the Centers for Medicare and Medicaid Services, which also included a $30,000 civil penalty. CMS revoked Theranos' CLIA certificates in July 2016 and fined the company $10,000 a day for each day its Newark, CA-based lab was out of compliance.

Theranos also recently agreed to pay $4.65 million to the state of Arizona to refund residents of that state who had purchased its blood tests. The company sold about 1.5 million tests to more than 175,000 Arizona residents between 2013 and 2016 and later admitted to voiding or correcting 10% of those tests.

The company cut 155 jobs in January, which is in addition to the 340 workers who lost their jobs in October when it shut down its clinical labs and wellness centers. That left Theranos with a team of 220, quite a drop from the 790 full-time employees that were once on its payroll.

Theranos' story, which began as a tech darling led by one of the world's youngest billionaires until everything came crashing down and the true value of its technology was called into question, has caught the attention of Hollywood. Last year, reports surfaced that a movie about Theranos may be in the works, with actress Jennifer Lawrence tagged for the role of Holmes.