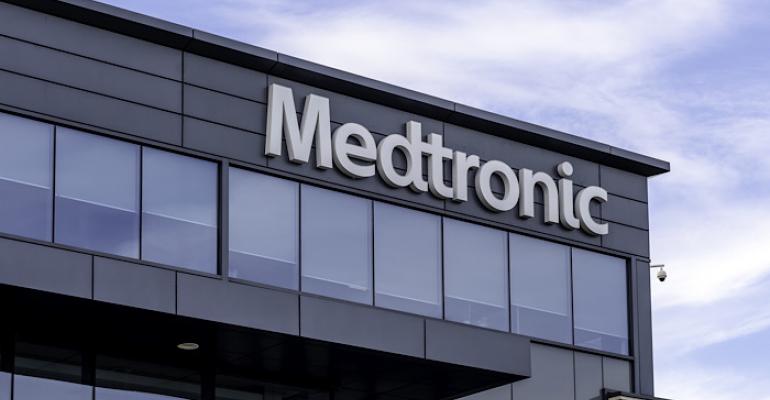 The approval is one of several milestones Medtronic has celebrated lately, which include acquisitions and product launches.

The firm said FDA approval is based on 12-month results from the ABRE clinical study, presented at the 2020 Charing Cross Symposium. In the study, were 200 patients with iliofemoral venous outflow obstruction across the spectrum of deep venous obstruction including those with post thrombotic syndrome, non-thrombotic iliac vein lesions (NIVL), and those who presented with an acute deep vein thrombosis (aDVT).

Medtronic pointed out the study also included a challenging patient population, 44% (88/200) of whom required stents that extended below the inguinal ligament into the common femoral vein (CFV). The study met its primary safety endpoint with a 2% (4/200) rate of major adverse events (MAEs) within 30 days.

The clinical study also met its 12-month primary effectiveness endpoint with an overall primary patency rate of 88% (162/184). Despite the challenging patient population, no stent fractures and no stent migrations were reported in the study.

"Patients with deep venous obstruction are often younger, therefore it's critical to have a venous stent that is not only safe and effective but also strong and flexible," Erin Murphy, M.D., F.A.C.S., global principal investigator for the ABRE clinical study and director of Atrium Health Sanger Heart & Vascular Institute's Venous and Lymphatic Program in Charlotte, North Carolina, said in a release. "With FDA approval, we now have this important tool in our arsenal to treat patients with even the most challenging of deep venous lesions."

Abre’s approval helps continue the momentum the “new” Medtronic has been experienced as of late.

In late August, Medtronic’s CEO Geoff Martha noticed the change in the company, noting it would become a nimbler and more competitive organization. A few days after Martha’s proclamation, the company won nod from FDA for the MiniMed 770G hybrid closed-loop system. The device is significant because it has smartphone connectivity and will be available to patients as young as 2-years-old.

The company is also currently involved in a buying spree with a total of about six firms, so far. Its latest announced acquisition is Avenu Medical, a company that would give it the ability to support procedures across the dialysis vascular access care continuum.