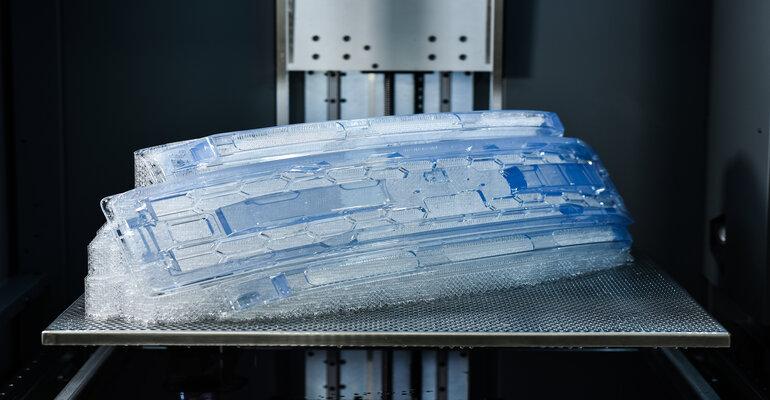 Only a week after Covestro published a warning about natural gas shortages effecting production in Germany, the company announces the sale of its additive manufacturing materials business to Stratasys.

Yesterday, Covestro, a company offering material solutions for common polymer 3D printing processes, has announced it has signed a definitive agreement to sell its additive manufacturing materials business to Stratasys, another polymer 3D printing solution supplier. The selling price has been reported as €43 million with an additional potential earn-out of up to €37 million which is subject to the achievement of various performance metrics.

"Additive manufacturing is a growing, but also highly competitive market," said Dr. Thomas Toepfer, CFO of Covestro. "We are convinced that Stratasys offers the optimal conditions to support the further growth of our former additive manufacturing business in this field."

With the sale, Covestro projects continued portfolio optimization, market efficiency, and a greater focus on its customer offerings in core industries. Part of the company includes the resin business of DSM’s Somos, which creates filaments, sintering powders, among other materials for AM. The acquisition of the DSM unit occurred in late 2020 amid considerable headwinds for the company whose stock had reduced by two-thirds over previous years and had seen revenue precipitously decline from 2018 to 2020, with an additional jump happening in 2022. It’s core TPU business is also under sustained assault, according to 3Dprint.com.

Stratasys reports that the deal will help increase margin on its service business and create expanded exposure to operators of 3D systems. The company could see new advancements in integrated materials and printer offerings as well as the potential ability to capitalize on precise offerings based on the combination of polymer, application, and 3D printer knowledge.

“Innovative materials are the fuel of additive manufacturing and translate directly into the ability to create new use cases for 3D printing, particularly in the production of end-use parts like dental aligners and automotive components,” said Stratasys CEO Dr. Yoav Zeif. “The acquisition of Covestro’s highly regarded additive manufacturing business positions us to further grow adoption of our newest technologies. We will now have the ability to accelerate cutting-edge developments in 3D printing materials and advance our strategy of providing the best and most complete polymer 3D printing portfolio in the industry.”

However, it seems that the sale could come with additional complications for the company, as some vendors may not want to work Stratasys directly or divulge key knowledge to them.

“It will be some time before Stratasys manages to calm the nerves of its materials partners and some other clients of the Covestro Additive business,” wrote 3Dprint.com. “There will have to be a lot of hand holding to smooth things over.”

Covestro’s divested business includes employees, research, and development facilities, production assets, and offices in the Netherlands, Germany, the United States, and China, which will all be transferred to Stratasys.

This announcement comes after the August 2 warning from Covestro that the rationing of natural gas could see some of its sites shut down in Germany. Twenty-five percent of its global production capacity is located in Germany, which has seen significantly reduced flows of natural gas like many other European countries because of heavy sanctions imposed on Russia by the west as a result of its unprovoked invasion and subsequent war with Ukraine.

The company stated that the war in Ukraine had “fundamentally changed the geopolitical situation and caused extensive consequences for the global economy,” after reporting a 2Q22 growth of 18.9%, hitting €4.7 billion. However, earnings before interest, taxes, depreciation, and amortization slumped by 33% to €547 million in 2Q22.

Now with the sale of Covestro’s additive manufacturing materials business to Stratasys, it remains to be seen whether there will be continued challenges in this sector. The definitive agreement transaction is scheduled to close in the first quarter of 2023.