Interoperability Has A Glorious Future But An Awkward Middle Phase 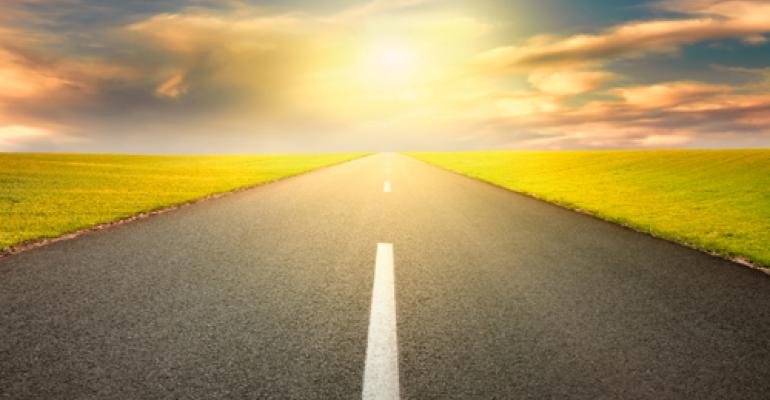 When you go to buy a laptop, do you worry whether you can use your printer with it? Or, if you are traveling abroad and need to check email, do you worry about being able to access it from a roadside Internet cafe, say in Ludhiana, India? Or in Machu Picchu, Peru?

The questions are ludicrous given how seamless machine-to-machine communication is in the world of high-tech and indeed how easy communication is in most of our lives. The glaring exception being healthcare. A similar question to the above is something that hospital users of technology and patients looking to easily access data from their medical devices and EHRs (electronic health records) are routinely  forced to ask themselves.

The net result is frustration, waste and very likely not the best patient outcomes.

But it doesn't have to be like this says Joseph Smith, chief medical and science officer at the West Health Institute, a nonprofit, independent medical research organization. Interoperability is something that everyone in healthcare should be striving toward because it can save money and improve patients' lives. Smith, who was a cardiologist for 10 years, will deliver a keynote address on interoperability at the MEDevice San Diego Conference & Showcase, Sept. 11, at the San Diego Marriott Marquis & Marina.

In a recent interview, Smith talked about a growing effort both among regulators such as the ONC (Office of National Coordinator) and the FDA and among hospital purchasers to up the ante on device and information systems interoperability.

Patients too are demanding that data be liberated so that they, caregivers and family members can easily manage chronic diseases like diabetes and heart failure. But there is an awkward middle phase that we will soon encounter, and eventually overcome, Smith says, with regard to interoperability.

Last year, West Health Institute estimated that the healthcare industry could save roughly $36 billion annually if medical device interoperability could be achieved. Those savings are significant compared with the single-digit billion dollars that industry will have to incur on R&D costs to make their devices and information systems interoperable, Smith says.

But instead of expecting vendors, be it device manufacturers or EHR system developers to embrace interoperability, the purchasers of those technologies - namely hospitals and health systems - have to require it. West Health Institute has created the Center for Medical Interoperability and one of the things it will do is to begin this education process. Meanwhile FDA and ONC are moving to put some much-needed standards in place.

"We are going to educate hospitals to require standards [from vendors], and for the first time get the hospital to appreciate that they can specify attributes of the system they are buying and that functional interoperability can be one of the specifications," Smith explains.

And there is a real need for hospitals to require these specifications given the real world problems they are running into while moving to a care coordination model of patient care as the healthcare industry moves to a value-based model.

"When we see hospital systems integrating with post acute care facilities and long term rehabilitation facilities where you are getting folks who don’t all have the same information systems, it now becomes and economic imperative for large integrated delivery networks to have interoperable systems and they are beginning to understand this and ask for it," Smith says.

Yet even as the industry moves toward data liberation and interoperability, there is one sticking problem. What will physicians do with the data deluge when all kinds of devices route data to physicians and systems begin talking to one another? What if they fail to act on a piece of data? What kind of liability will they face?

Smith admits readily that these are legitimate worries.

"When we are presenting physicians with reams of data, we are moving through an awkward time," he says adding that that a data overload can reduce the quality of life for physicians.

But this is not an insurmountable problem.

Smith provides the analogy of the car industry. At one point, consumers had to know and be aware of data points like temperature, oil pressure and other details.

"You don’t have to do any of that any more. The car manages all of that complexity for you. It will in fact even send you an email to let you know that your oil needs to be changed," he says.

As more things become automated, only relevant data will be presented to physicians and clinicians in the future.

"The awkward step in the middle is when doctors and patients have to look at all that data but the beautiful future is when all those loops close and when the algorithms can operate on that information in that automatic form," Smith declares. "I don’t think we can stand in the place that 'I don’t want to know' and 'I don’t want the information.' That is volunteering to stay ignorant and we are not going to do that. We don’t have that level of vendor specificity to communication anywhere else in our lives but we have it in healthcare and it going to vanish and it will vanish to everyone’s betterment."