Meet the Tablet-Sized Robot That Could Democratize Percutaneous Interventional Procedures 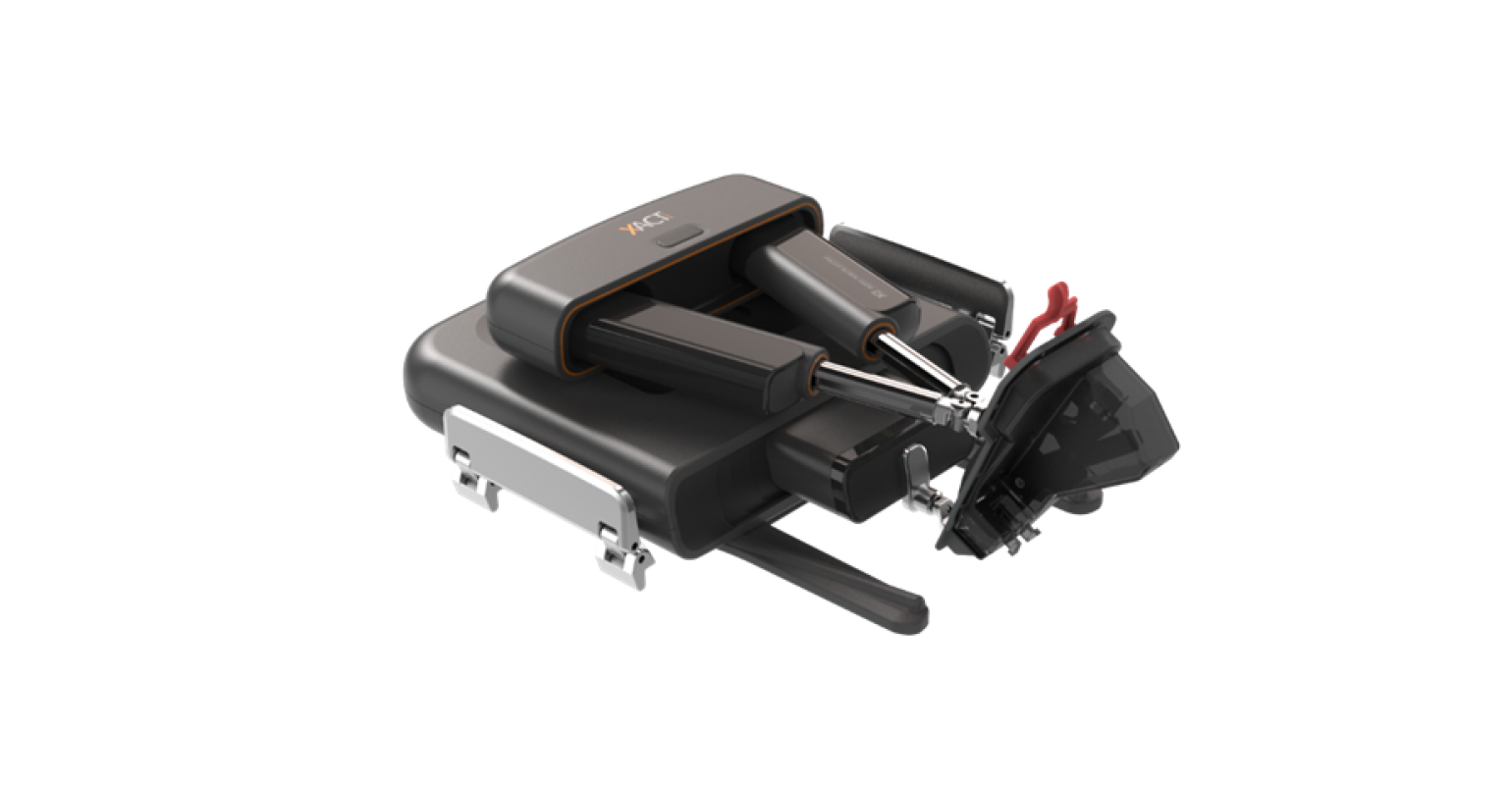 XACT Robotics latest financing round fetched $36 million, which the company will put toward commercialization efforts and ongoing R&D.
Fresh on the heels of its FDA clearance, Xact Robotics raised $36 million to support the U.S. launch and continued development of its hands-free robot.

If you aren't already familiar with XACT Robotics, now is the time to remedy that. Between its FDA clearance and a new round of financing, the Israel-based company is hot to trot this month.

The company is developing the industry's first hands-free robotic system combining image-based planning and navigation with the insertion and steering of various surgical instruments (everything from biopsy needles to ablation probes) to the desired location during percutaneous procedures.

The technology is based on research originally conducted at the Technion – Israel Institute of Technology, by Moshe Shoham, founder of Mazor Robotics (now part of Medtronic).

XACT's latest financing round fetched $36 million, which will support its U.S. launch and continued R&D efforts. To date, the company has raised about $55 million.

The company was founded in 2013 by Harel Gadot, a serial entrepreneur who is deeply rooted in the surgical robotics space. Just in case his duties as executive chairman and president at XACT don't keep him busy enough, Gadot is also the founder and CEO of Microrobot Medical, and chairman of MEDX Ventures Group (which he founded in 2010).

"The holy grail of surgical robotics is really one thing; it's to democratize surgical procedures. Meaning that no matter if you are in New York City or Mid-America or South America, you will get the same treatment," Gadot told MD+DI. "However, since all of the robotic systems to date are – as everybody calls them – robotic-assisted technologies, they all rely heavily on the technical skills of the physician, which still varies considerably, making democratization almost impossible."

XACT's mission is to change that.

"We are able to democratize the interventional procedure if the technical aspect of the insertion and steering of the instrument is done by the robot while the physician is still involved in the planning and monitoring of the system," Gadot said.

With this latest cash infusion, XACT adds Chasing Value Asset Management to its investor roster,  a firm with strong ties to the robotics space. Chasing Value has been involved with notable surgical robotics companies including Mazor, Mako Surgical (now part of Stryker), and Corindus Vascular Robotics (recently acquired by Siemens). XACT's other investors include Shizim Group and MEDX Ventures.

Currently, XACT's robot is being used at two robotic radiology centers of excellence, as the company calls them, one of which is in Burlington, MA and the other is in Jerusalem. Gadot said XACT expects to establish additional partnerships over the next few months. Once those centers are established with the robot, the company plans to do a broader market introduction over the next 12 months.

XACT received a CE mark last year to sell the robot in Europe but the company's immediate priority is to partner with U.S. radiologists, and then roll out the system in Europe and beyond, Gadot said.

"The keyword here is 'partnership'," he said. "It's not just about selling the product or launching it, it's about the partnership we establish with the interventional radiologists to develop robotic radiology centers of excellence."

Specifically, Gadot said, XACT is interested in partnering with providers who not only want to solve the clinical and technical issues they face in interventional radiology but who also understand the potential economic value the robot offers.

Although XACT's 510(k) clearance is limited to CT-guided procedures, the system was designed to work with any imaging modality, Gadot said, be it MRI, ultrasound, fluoroscopy, or cone-beam CT, so some of the recent funding will go toward expanding the imaging modalities that the robot has regulatory clearance for.

"We want to ensure that no matter what the care provider's imaging modality of choice is, they can use our system. We do not want to dictate that for the physician," he said.

The same goes for expanding the types of procedures that the robot can do.

"I've got to tell you, as much as I am excited about the commercialization, I am probably more excited about the potential utilization of the robot," Gadot said. "...Our robotic system is capable of carrying a broad range of instruments to a desired target for a broad range of clinical applications and that's why it's important for us to ensure that no matter what the instrument of choice for the care provider is, it is compatible with our system."

Physician choice is particularly important when it comes to ablation technologies. For example, some physicians like to do radiofrequency-based ablation while others prefer microwave-based ablation or even cryoablation. "Those are very different instruments or probes and we are ensuring that our system can accommodate any of these instruments," he said. "We're not going to change the choice of the physicians."

So far, based on early clinical experience, Gadot said the learning curve for physicians adopting the XACT robot is about five procedures.

Last but not least, Gadot touted the XACT robot's small footprint and mobility.

"How many surgical robots have you seen that are the size of a tablet? That's the size of our robot. That's true mobility," he said. "You can put a robotic system on wheels but that doesn't really make it mobile."