Intuitive Addresses the Elephant in the Room - Hugo 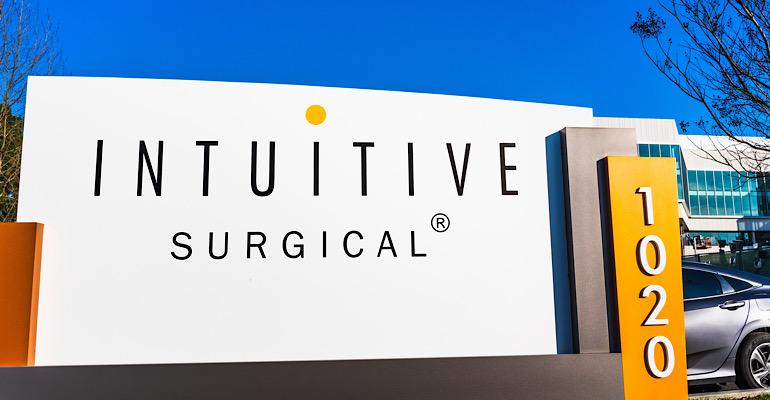 How does the Sunnyvale, CA-based company view the latest entrant to the surgical robotics market?

For years Intuitive Surgical has been at the forefront of the surgical robotics market with its da Vinci platform. However, the competitive landscape changed when Medtronic won CE mark for the Hugo Robotic Assisted Surgical device.

Executives from the Sunnyvale, CA-based company openly-addressed the competition in the robotics market this week during a 3Q21 earnings. Fielding a question from a J.P.Morgan Analyst, Intuitive CEO Gary Guthart discussed Medtronic’s Hugo, without specifically naming the device according to a transcript of the earnings call from The Motley Fool.

“I think with several of the other systems that are on the market and as you say, the most recent one, we see early engagement,” Guthart replied to an analyst, according to a transcript from The Motley Fool. “Those first engagements tend to be a placement of clinical trial sites and training centers and so on, so they're not surprising. They're kind of the early access programs to get into the market.”

According to The Motely Fool’s transcript of the call, Guthart added, “So far, there are a fair number of claims about what these new systems will do. And I think the reality is time will tell. Their Gen 1 systems, I think evidence has to be generated to back up those claims. And so far, we don't see anything yet that looks like evidence, just a set of claims. So, we'll keep serving our customers, doing what we can to make sure that they can achieve the quadruple aim and we'll see how other companies do.”

This month has been chock full of developments for surgical robotics. In addition to the news of Medtronic’s Hugo hitting the market, Johnson & Johnson, a company that’s expected to be a big player in the space, announced this week that it was delaying the progress of its Ottava surgical robotics platform by two years.

The New Brunswick, NJ-based company cited a partial in-process R&D charge for $900 million in the third quarter as the reason for the two-year-delay.

“We're experiencing a temporary setback in [Ottava’s] development,” said Ashley McEvoy, Executive VP, Worldwide Chairman, Medical Devices, J&J, according to a transcript of the call by The Motley Fool.

These recent changes come at a time when Intuitive Surgical is returning to pre-COVID sales levels. The company said during the third quarter, there was 11% growth for the number of da Vinci systems it shipped and installed. The company noted that procedures using the system had increased by 20%.

“What's reflected in the high end of our procedure guidance is really two things that COVID-19-related hospitalizations in the U.S. continue the recovery that began in September, and that was kind of in the middle part of September that that recovery commenced,” Jamie Samath -- Senior vice president of finance said, according to a transcript of call from The Motley Fool.  “So, there's a progression there that continues through Q4. It also assumes that the mitigation measures in OUS markets, which are typically a little more conservative than we see in the U.S., continue to ease. And those also started to ease in September. At the low end, what we see is a slower recovery in the U.S.”