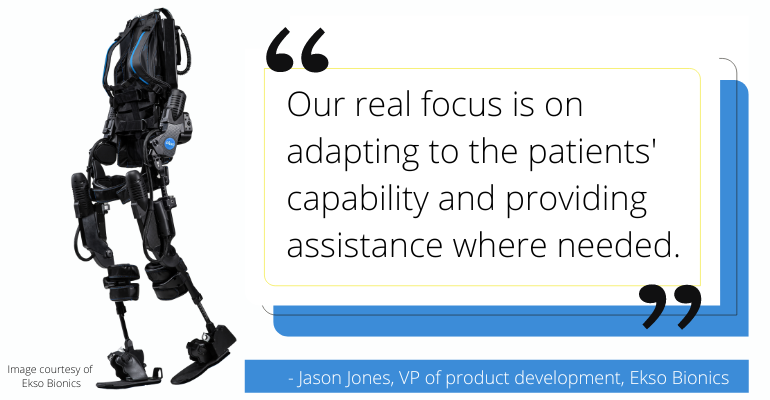 The regulatory milestone is a giant leap forward for multiple sclerosis (MS) patients.

Patients with multiple sclerosis (MS) may now benefit from using a robotic exoskeleton for rehabilitation.

FDA has cleared Ekso Bionics' EksoNR for use with MS patients, making it the first robotic exoskeleton cleared for use with MS patients. EksoNR is the Richmond, CA-based company's latest generation device. It was previously cleared by FDA for stroke and spinal cord injury rehabilitation in 2016, and for acquired brain injury in 2020. The EksoNR also has a CE mark for use in Europe.

MS is a neurodegenerative disease of the central nervous system that disrupts the flow of information within the brain, and between the brain and body. Commonly diagnosed between ages 20 and 40, symptoms of MS can include neurological deficits, from vision impairment and fatigue to numbness and difficulty walking. According to the National MS Society, there are nearly 1 million people in the United States living with MS and more than 2.8 million globally.

Mike Glover, a physical therapist and neurological clinical specialist, and the global director of clinical experience at Ekso Bionics, told MD+DI that expanding the company's technology to as many people as possible has always been part of the company's mission.

“We have always lived in a neurological rehabilitation space and felt that this was a good opportunity for us to move in this direction as the next diagnostic group," Glover said.

He explained that the company partnered with a group in Spain who happened to be looking at some fairly robust settings and had found some positive outcomes with MS patients. The group shared its data with Ekso, which ultimately led to the company getting an investigational device exemption from FDA to study the robotic exoskeleton with MS patients. Glover said the device's ability to support someone's posture well makes the device a particularly compelling option for the MS population because people with MS tend to have poor endurance, which leads to a crouched posture, and a much lower activity tolerance.

When they are in the EksoNR it gives them that full, upright standing posture, he said, so while they might have fatigued out within 10 minutes of physical therapy without using the device, they can tolerate up to an hour of therapeutic exercise while using the exoskeleton.

"Unlike some of the other devices out there that are really based around spinal cord injury and what I call a walking machine – we can do that, but our real focus is on adapting to the patients' capability and providing assistance where needed," Jason Jones, VP of product development at Ekso Bionics, told MD+DI. "There are many different modes of functionality ... so we don't have to change the device to market it for MS."

Jones explained that a lot of work during the development phase of the EksoNR went into making sure the device is flexible enough to work with a person's body, and in understanding how the technology interacts with skin to ensure that it doesn't injure a patient's skin. That's especially important for the spinal cord injury patients who can't feel the device, he said. 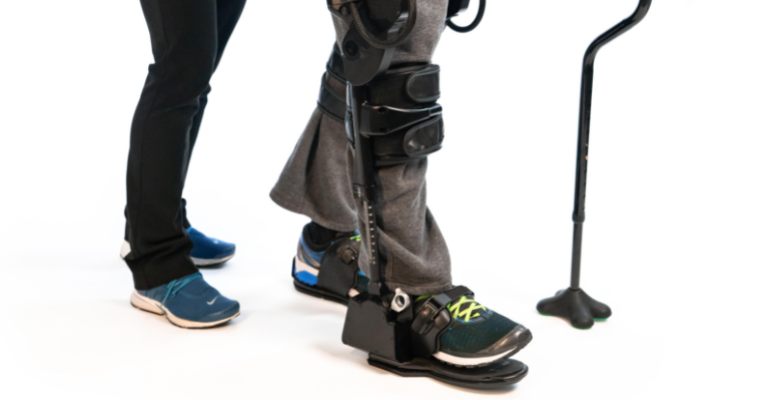 "We are very excited to be able to reach a new patient population," Scott Davis, president and chief operating officer at Ekso Bionics, told MD+DI. "One of the interesting things about Ekso is we are the most studied exoskeleton in the health space, and through the work of our partners and our customers who are doing studies all the time looking for other indications for use, this is just another great example of the relationship we have with our partners. ...We're excited about the changes this can make to the lives of the people who are suffering from this disease."

Vicarious to Unveil its Finalized Beta 2 System in December
Nov 09, 2022