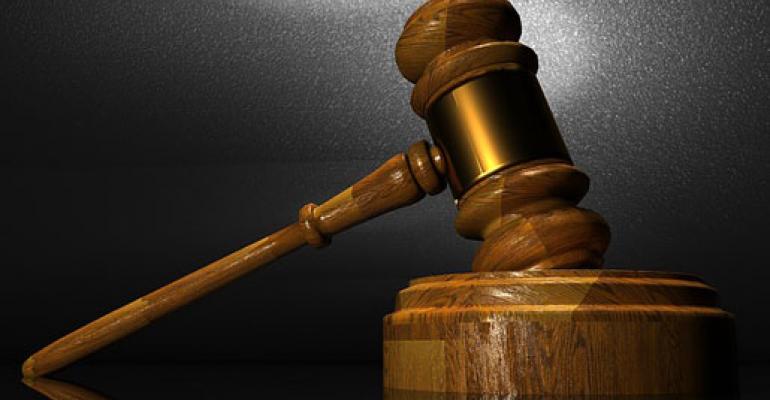 Device manufacturers may find themselves advocating equivalence to FDA for the 510(k) process while also differentiating their product from the same device in a patent infringement suit.

Device manufacturers may find themselves advocating equivalence to FDA for the 510(k) process while also differentiating their product from the same device in a patent infringement suit.

Medical devices--encompassing everything from contact lenses to hemodialysis machines--are fundamental components of modern medicine. The regulatory bodies that govern these devices include FDA, which is charged with ensuring the safety and efficacy of the devices, and the Patent and Trademark Office (PTO), which seeks to encourage innovation by rewarding inventors with patents.  While truly new devices must go through FDA's rigorous Premarket Approval (PMA) process, the majority of devices utilize the Agency's simplified Premarket Notification (PMN) process, more commonly known as the 510(k) process. To use the faster and cheaper 510(k) option, a device must be "substantially equivalent" to a previously approved "predicate device."

Proving substantial equivalence may create a conflict with patent law when a predicate device is covered by a patent. With a patented predicate device, manufacturers may find themselves advocating equivalence to FDA while also differentiating their product from the same device in a patent infringement suit.

Intuitively, it would seem that patent holders have a clear-cut path to exploit this contradiction in the courtroom by presenting the copying manufacturer's statements of equivalence as concrete proof of infringement. But because an FDA finding of equivalence and a court's finding of patent infringement require different inquiries, courts have been reluctant to admit 510(k) documents as direct evidence of infringement. While statements made to FDA may not provide patentees with the proverbial smoking gun, a number of contemporary cases, in combination with recently overhauled 510(k) guidance, demonstrate there are several ways 510(k) statements can be relevant in litigation. This article examines positions courts have taken and presents strategies for using this type of evidence.

Due to the astronomical costs of researching, developing, and gaining approval for a truly novel medical device (which would necessarily use the PMA process), intellectual property rights are the lifeblood of pioneer companies. To keep other manufacturers from copying novel devices and freeloading off the pioneering companies' clinical trial data, these companies must enforce their patent rights in court. Evidence of patent infringement may be presented to the court in many forms--examples of the device itself, expert opinion comparing the copying device to the patent claims, documents from the copying manufacturer describing the device, etc. But courts have been somewhat hesitant to consider 510(k) materials as admissions of liability in patent litigations.

Equivalence Is Not Equivalent

Today it is fairly well established that statements of "substantial equivalence" made in 510(k) filings cannot, by themselves, be considered admissions of patent infringement. This is because the equivalence analysis of FDA and the infringement analysis of the court involve, as the Federal Circuit puts it, "fundamentally different inquiries." In the FDA context, "equivalence" is examined purely for safety and efficacy and calls for a comparison of the device seeking approval to a predicate device. In contrast, "infringement" requires a comparison of the device directly to the words of the patent claims themselves.

Some courts have refused to allow 501(k) materials--with its bald statements of equivalence under the FDA standard--to be directly presented in court because, for example, the risk of confusing a jury tasked with determining patent infringement.[1] Thus, patent holders must develop strategies to get 510(k) statements in front of the court.

One way of navigating this issue is introducing 510(k) evidence via expert testimony. When an expert articulates representations a party may have made to FDA, the primary issue of confusion caused by the different types of analysis can be largely mitigated. Rather than risk misconstruing previous statements of "equivalency," a practitioner is able to present inconsistent positions as part of a cohesive infringement argument. The following pair of cases demonstrates that courts are open to this strategy.

In Bard Peripheral Vascular, Inc. v. W.L. Gore & Associates, Inc., a jury found that Gore's Propaten® vascular graft infringed the plaintiff's patent. Gore moved to strike the jury's verdict, arguing that the expert testimony was incorrectly based on Gore's 510(k) filing. In denying the motion, the court explained that the expert had relied on specific statements within the 510(k) submission that provided details on the parts of its device that were covered by the patent claims.  In particular, the expert relied on Gore's statements to "the FDA that Propaten Vascular Grafts had the same physical structure and tissue ingrowth characteristics as the predicate. . . . already on the market." Thus, the court differentiated between improperly using the conclusion of substantial equivalence in a 510(k) notification and properly using specific statements to prove patent infringement.

In a 2012 example, Medisim Ltd. v. BestMed LLC, the court initially rejected an expert's testimony as dependent on unreliable methodology. However, on reconsideration, the Medisim court allowed the expert to testify (in spite of "serious doubts" regarding the opinion) due to the strength of the 510(k) materials upon which the testimony was based. That is, although the expert's analysis had serious flaws, because the court found the 510(k) evidence to be particularly trustworthy, the expert was allowed to proceed.

Later in that same case, BestMed moved for summary judgment of non-infringement, essentially arguing that Medisim did not have sufficient evidence of BestMed's infringement to proceed with the trial.  The court denied BestMed's motion, in part because of the BestMed's own statements in 510(k) communications: "[i]n the 510(k) letters and in their own testimony, BestMed and [BestMed's partner] K-Jump provide evidence that the K-Jump-manufactured device. . . . operates in a way that is 'technically identical' to Medisim's."

As these cases demonstrate, experts are given leeway to use a party's 510(k) statements when the direct introduction of this evidence would otherwise be barred.

Supporting a Doctrine of Equivalents Argument

Patentees may also leverage FDA communications when arguing that a copying manufacturer is infringing under the Doctrine of Equivalents (DOE). A device that does not literally infringe patent claims may still infringe under DOE if the difference between the product and the claim elements are "insubstantial." Courts analyze this threshold for infringement under the DOE in a number of ways, the most common being the "function-way-result" test, which examines whether the device performs substantially the same function in substantially the same way to yield substantially the same result.

Contemporary case law on the relationship between the DOE and substantial equivalence in 510(k) applications is limited. Two recent Federal Circuit cases involving FDA's Abbreviated New Drug Application (ANDA) process, however, are illuminating. The ANDA process for generic drugs parallels the Agency's 510(k) process for devices. For ANDAs, manufacturers must show a drug's "bioequivalence" to a previously approved drug in order to leverage the expedited avenue to market. The court cases involving ANDAs indicate that, as with literal infringement, equivalency for FDA's purposes is not the same equivalency under the DOE. In the 2009 case Abbott Labs. v. Sandoz, Inc., the Federal Circuit stated that the FDA's finding of "bioequivalency of an accused product with a product produced from the patent at issue is not sufficient to establish infringement by equivalents." But the court did not preclude the use of FDA application materials altogether. To the contrary, the Abbott court noted that that "bioequivalency may be relevant to the function prong of the function-way-result test."

A more recent decision, handed down this past August by the Federal Circuit, supports this view. In Intendis GMBH v. Glenmark Pharm. Ltd., Intendis, an exclusive licensee of the patent covering the topical gel Finacea®, brought an infringement suit against Glenmark, who sought to produce a generic version of Finacea®. Glenmark, in an attempt to maneuver around the patent, replaced the triglyceride and lecithin required by the claims (and used as penetration enhancers in the brand name gel) with isopropyl myristate. On the regulatory front, Glenmark made repeated statements to FDA that its gel was equivalent to Finacea® because "both Glenmark's excipient and the claimed excipients function as penetration enhancers." Based primarily on these statements, the magistrate found Glenmark's gel met the "function" prong of DOE analysis. The court also used clinical bioequivalence trials from Glenmark's ANDA as evidence that isopropyl myristate met the "way" and "result" prongs of the test. Thus, the court found infringement under the DOE of Glenmark's gel with isopropyl myristate for patent claims that recited triglyceride and lecithin.

The Federal Circuit affirmed the case on appeal and, in perhaps its clearest statement on the use of FDA communications to date, concluded: "[f]atal to Glenmark's argument is its own ANDA submission to the FDA repeatedly referring to the claimed excipients (triglyceride and lecithin) as penetration enhancers. . . . We see no reason why a district court acting as a fact finder should ignore a party's representation to a federal regulatory body that is directly on point."

In 2014 the FDA released revised guidance on the 510(k) application process (2014 Guidance), replacing the previous "K86-3" guidance, which had not been updated since its initial publication in 1986. The 2014 Guidance describes the process for determining where technological characteristics raise different questions of safety and effectiveness, how to develop 510(k) summaries to promote greater transparency, and "when performance data, with special emphasis on clinical performance data, may be necessary to support a substantial equivalence determination." The calls for "greater transparency" and "emphasis on clinical performance data" in the current 510(k) process may provide a wealth of information to patent holders for use in future litigations, more than was ever available under the K86-3 guidance.

FDA market approval materials and other communications may not alone be sufficient to prove infringement, but recent case law on the overlap between the approval and patent regimes shows that courts are affording greater latitude to patentees' use of these materials. With the increased disclosures demanded by the FDA's 2014 Guidance, there are new opportunities for pioneer companies to utilize these mechanisms when enforcing their intellectual property rights.