Stryker CEO: How We Are Innovating Now 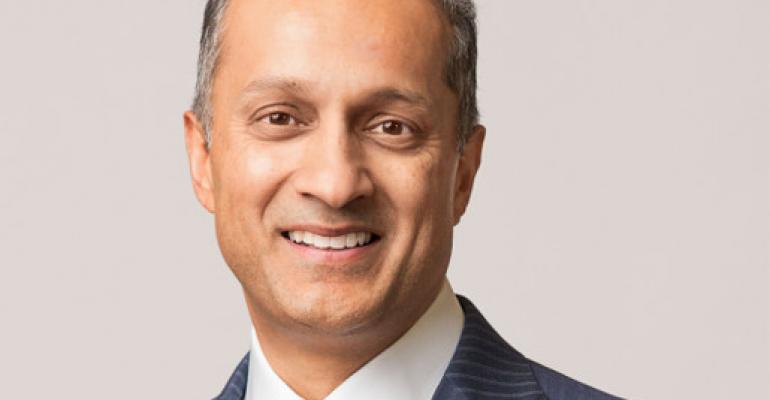 Kevin Lobo addresses how the concept of innovation has changed in medtech and the bets that Stryker has taken along the way.

Kevin Lobo addresses how the concept of innovation has changed in medtech and the bets that Stryker has taken along the way.

Kevin Lobo is a passionate man.

He speaks quickly and with determination, his fingers drumming upon the desk in front of him to stress the salient points he is making. When you try to convince him to see your perspective, he takes your point, explains why he thinks it makes little sense, and leaves you feeling surprisingly unrejected.

In a wide-ranging interview at the annual meeting of the American Academy of Orthopaedic Surgeons in Orlando in March, Lobo addressed innovation--a subject that is of paramount importance in medtech at a time when the ground beneath is shifting rapidly.

"In the old days we were a feature benefit company just like everyone else--make me a better one of these and charge a premium price," he said of what innovation meant in the recent past. "Those days are over."

That realization made Stryker take a radical decision about its Triathlon total knee replacement implant a few years ago. Here's how Lobo recalled it, in a slightly edited version:

At the time, we made a gutsy decision. I was interviewed on October 31, 2012,  at the Cleveland Clinic and there was an aggressive interviewer.

He asked, "When's your new knee going to come out?"

I said, 'I don't even have one in development.'

There were 600 people in the audience that gasped--literally gasped--when I said that.

When critics pointed out that Stryker's two biggest competitors were launching new knees, Lobo countered with, "Ours is the most proven on the market."

So Stryker stuck to its guns, deciding to innovate somewhere else, albeit with an innovation driven by an acquisition.

"What have we done instead is we acquired Mako to innovate on the procedure, which is now a robotic instrument," Lobo said.

Stryker bought Mako Surgical in 2013 for about $1.65 billion. Lobo firmly believes that this surgical robotic platform will improve joint replacement procedures for both surgeons and patients. Following the acquisition Stryker's joint replacement products are being moved to the robotic system. A total hip and partial knee is already available and Lobo expects to launch the Triathlon knee on Mako next year, even though FDA has already blessed this integration.

While acquiring Mako was a process innovation, Stryker has been doing product innovations too. The Kalamazoo, MI, company has leveraged 3-D printing to make components for the Triathlon knee.

"We have launched a brand new 3-D printed tibial base plate which enables cementless knee [procedures]," Lobo said, adding that the device is made of porous titanium and enables bone fixation. In fact, Stryker is so sold on the promise of 3-D printing that the company is building a 3-D manufacturing plant in Ireland.

Aside from aiming to innovate on how joint replacements are done, Stryker is also engaging in business model innovation. This is a move that slowly larger medtech are getting on board with.

In late March, Stryker announced that it is offering a money-back guarantee for its patient safety technology, which prevents the error of retained surgical instruments in patients undergoing surgery. Stryker is giving hospitals up to $5 million and additional refunds if its SurgiCount  system fails to account for every surgical sponge used during surgery.

"That's something we have never done before," Lobo said of the money-back guarantee. "I am wide open to risk-based contracting. I think the future is going to have lots of it."