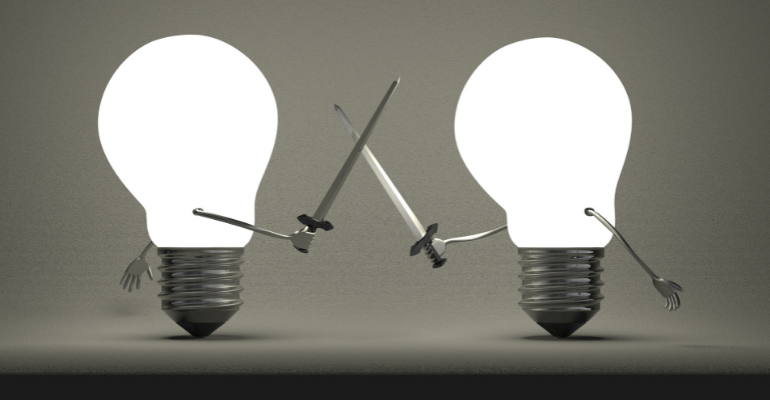 The Patent Trial and Appeal Board of the U.S. Patent and Trademark Office rejected Axonics' attempt to invalidate three Medtronic patents in its IP infringement lawsuit.

Editor's note: This story has been updated to reflect comments from Axonics, and a clarification regarding Axonics CEO Raymond Cohen's recent stock sale.

Medtronic has come out on top in the latest development in its ongoing feud with Axonics in the sacral neuromodulation device market. The company reported that the Patent Trial and Appeal Board (PTAB) of the U.S. Patent and Trademark Office rejected Axonics' attempt to invalidate three Medtronic patents in its infringement lawsuit. A decision regarding the remaining three challenged patents is expected any day now.

It's been a while since we last covered this story, so here's a quick refresher:

Medtronic emphasized in a press release this week that this victory is in addition to the PTAB's affirmation last year of the '324 patent. The company also noted that the PTAB is expected to complete its review of the remaining three challenged patents (U.S. Patent Nos. 8,457,758; 8,738,148; and 9,821,112) "within days." At that time, Medtronic said it will return its attention to the infringement lawsuit against Axonics and request that the U.S. District Court in the Central District of California lift the stay and resume proceedings.

"Medtronic is pleased with the PTAB's decisions today," said Brett Wall, executive vice president and president of the neuroscience portfolio at Medtronic. "We believe competition drives innovation and is good for the industry and for patients. We also believe that protecting our proprietary technology and intellectual property is vital to our business."

Axonics said it plans to appeal the PTAB’s decisions on the claims it declined to invalidate to the director of the USPTO and to the U.S. Court of Appeals for the Federal Circuit. The PTAB’s decision only relates to the issue of invalidity or patentability of the Medtronic patents and does not mean that Axonics infringes any of the patents, Axonics noted in a press release.

“We are quite pleased with the PTAB’s decision to invalidate four of the five key claims of the ‘069 patent, which reflects the merit of the compelling arguments we presented and represents a significant victory for Axonics,” said Axonics CEO Raymond Cohen. “We respectfully disagree with the PTAB’s decision on the claims it declined to invalidate, and we intend to appeal. It’s also important to understand that the PTAB rulings are not related to the notion of infringement – they are simply addressing whether or not the claims in these patents are valid as a starting point. We are confident that we will ultimately prevail on all of the patent claims Medtronic has asserted against us.”

Neil Bhalodkar, vice president of investor relations at Axonics, clarified to MD+DI in an email that this sale was not an open market sale. It was part of a 10b5-1 trading plan, which means the executive does not have discretion on when the sale takes place. Rather, he explained, the stock sale is driven by a price trigger and could have occured in September, December, or sometime next year.

Axonics' stock has dropped roughly 6.5% since the PTAB decision was made on Monday. The stock closed Tuesday at $70.44.