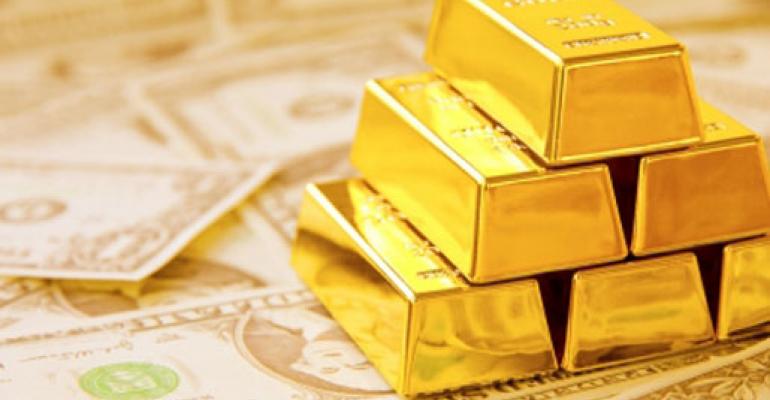 FDA tarnishes its reputation as the regulatory "gold standard" with its stance on mercury-based dental amalgam.

FDA tarnishes its reputation as the regulatory "gold standard" with its stance on mercury-based dental amalgam.

FDA has long glowed under the banner that its scientific and regulatory standards make it the unchallenged global “gold standard” for all the products for which it is responsible. Gold can’t tarnish—or can it?

In July as treasure seekers and medical device justice seekers 930 miles apart were uncovering far different gold standards we were reminded that FDA’s version may be unattainable hyperbole.

Off the Atlantic coast of Florida divers found Spanish gold coins brilliantly untarnished after 300 years on the seabed, just as a new legal complaint filed in Washington, D.C. federal court revealed tarnish on FDA’s vaunted gold standard for mercury-based dental amalgam. Pure gold like that in old Spanish doubloons is one of the few metals in nature that cannot tarnish. (Perversely, mercury is another!)

Copiously documented with legal, regulatory, and scientific exhibits, the 28-page Washington complaint supplements a 16-month-old lawsuit that FDA has been trying to ignore from the International Academy of Oral and Medical Toxicology and other mercury-opposed plaintiffs who, on other fronts, are winning as the archaic amalgam market in U.S. dentistry dwindles in favor of non-mercury composite resin alternatives.

The darkest tarnish on FDA’s illusory gold glitter could be the new complaint’s discovery that after the agency in 2012 dutifully sent to its political bosses at HHS a scientifically-based final decision restricting mercury amalgam’s use in dentistry, FDA mysteriously reversed course.

That final decision remained a secret, internal document until by a process unexplained in the complaint, it came into the hands of the plaintiffs’ lawyers, enabling them to compare what FDA had decided to tell the world about amalgam and what it was diverted from above to say instead. It did this last January in deceptive responses to three petitions from plaintiffs for a ban on amalgam.

Those HHS-coerced responses upheld, without scientific justification, a bitterly contested and scientifically unsound 2009 final rule declaring amalgam safe and placing it in Class II—the far from golden provocation for the three petitions.

According to the July-filed supplemental complaint, what FDA had intended to say in its 2012 not-final final decision, “based on all of the science it reviewed,” was to ask the dental profession to use mercury amalgams only as a second-line treatment after nontoxic composite material, and to publish a contraindication to their use in pregnant or nursing women and children under age six, and in “those persons with pre-existing kidney or neurological disease” in whom it “may further compromise already impaired renal and neurological systems.”

“HHS made the decision to not release the FDA’s findings and conclusions to the public,” the complaint charges. “Instead, the FDA remained silent for over three years until, after being sued in this lawsuit, it issued its 2015 responses [to the plaintiffs]” that removed the restrictions in FDA’s suppressed 2012 decision.

“However,” the complaint goes on, “during the three-year period between the 2012 response and the 2015 responses, FDA did not review or consider any additional evidence that would have justified the alteration of its findings and opinions on mercury fillings. Therefore, it was arbitrary and capricious for the FDA to reach a contradictory conclusion in 2015 based on the same science it reviewed for its previous decision in 2012.”

If that tarnish on FDA’s scientific glitter were not enough, the complaint says each of the three FDA responses to the petitions in January rejected the plaintiffs’ science-backed, peer-reviewed evidence that mercury amalgam is unsafe—and did so without presenting any scientific evidence to back up its contention that the device is safe.

Indeed, in most of its rejections, FDA airily wrote that there was nothing really new to consider in the plaintiffs’ scientific data, because it came from studies that were too small, had already been rejected for a variety of other reasons in the 2009 final rule, contained insufficient detail, or that FDA simply disagreed with.

This effectively shifted the burden of proof of safety onto the plaintiffs—even though it is FDA’s statutory duty to assure the safety and effectiveness of medical products.

In other words, FDA’s posture toward amalgam is an extra-legal one that it does not allow industry applicants seeking to market new products: a science-defying presumption of safety unless overwhelming proof of unreasonable risk is available. This is the opposite of what FDA requires in its pre-market product reviews.

It has projected this perverse posture in few other cases involving post-market products, not even in its recent refusal to ban laparoscopic power morcellators while adding a (voluntary!) boxed warning and posting a safety communication on its Web site.

The legal principal at issue, seen in other efforts over the years to prod FDA into action when marketed products present new health issues that were unsuspected at the time of market entry, appears to be that the marketers’ property rights in the product are too substantial to be easily brushed aside even for substantiated safety reasons.

One likely reason for FDA’s pro-product, anti-caution behavior through the years might well be the ingrained sensitivity of its political bosses at HHS to the political “clout” of industrial and practitioner interests. In amalgam’s case, this would be both the influence of the largest amalgam distributor, Henry Schein (past patron of former FDA commissioner Margaret Hamburg, a Schein board member), and of the powerful American Dental Association and its many thousands of liability-prone dentists who use amalgam. Hamburg left the agency in April.

Another reason for FDA’s behavior could be management’s instinct to defend its review process and the products it has sent into the marketplace.

FDA’s shifting of the burden of proof to the amalgam plaintiffs is the July supplemental complaint’s first courthouse “claim for relief.” It appends seven examples of the agency rejecting, without presenting contradictory scientific substantiation, all of the plaintiffs’ scientific evidence that mercury vapor emitted from amalgam can cause hearing loss, Multiple Sclerosis, harm to developing fetuses and infants under age six, harm to people with genetic polymorphisms, ALS (amyotrophic lateral sclerosis, or Lou Gehrig’s Disease), and harm to the kidneys.

In another claim for relief, the complaint faults FDA for departing in the 2009 final rule, without legal basis, from its original position prior to 1978 that mercury amalgams are implants and therefore presumptively in Class III where device safety and effectiveness must be scientifically demonstrated.

Other claims fault the agency for denying that dental patients are entitled to information about amalgam’s potential risks and alternatives before undergoing treatment, and fault FDA for not providing a legally required Environmental Impact Assessment of amalgam in its 2009 rulemaking.

Among the complaint’s requests for judicial relief are:

Also in July, as over a million dollars in real Spanish gold was being brought from Florida’s seabed and FDA’s false gold was being exposed in federal court, broader and deeper questions were surfacing.

How can such flawed science prevail through six successive White House administrations? And beyond that, is it any wonder that so many Americans seem to be fed up with Washington?