Excellent Service by Stepping Back? 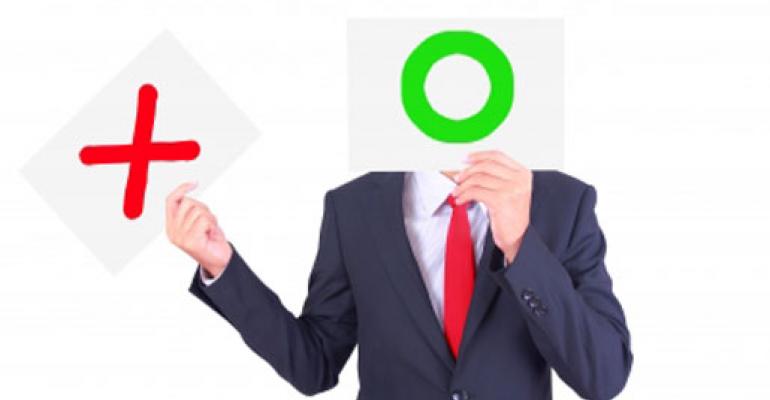 CDRH is getting high marks for excellent customer service, but at the same time, some stakeholders say their concerns are met with what they feel are dehumanizing, automatic responses.

CDRH is getting high marks for excellent customer service, but at the same time, some stakeholders say their concerns are met with what they feel are dehumanizing, automatic responses.

“I’m from the government and I’m here to help” is one of the oldest joke lines in America—although with the universally sour view of Washington’s capabilities these days, it may more likely bring a scowl than a laugh.

That surely was not the intent of CDRH last year when it announced a two-year Strategic Priorities initiative built around “strengthening the clinical trials enterprise, striking the right balance between premarket and postmarket data collection, and providing excellent customer service.”

As goals, each of these sounds high-minded and well-meant. But are they realistic?

The ad she attached to her email, Cofer told Welch, failed to inform consumers of the indications, limitations, risks, and potential consequences of LASIK eye surgery and the laser he uses for those procedures—Ziemer Femtosecond laser and VISX Star S4 excimer laser.

“Furthermore,” she continued, “Dr. Soroudi guarantees 20/20 vision after LASIK ‘to qualified patients’, implying that the procedure is 100% safe and effective. Dr. Soroudi is quoted in the ad making outrageous false claims as follows: ‘This custom treatment is intended to provide you with the best, most clear vision, without haloes, glare, or any other higher order aberration that can also adversely affect your vision. Your vision can potentially be better than what you currently see with your glasses or contact lenses!’”

Asking FDA to “take immediate regulatory action against Dr. Soroudi using all remedies available,” Cofer told Welch that “clinical trials have shown that higher order aberrations increase—not decrease—after treatment, which means that vision is not as good after surgery as before surgery with glasses. Clever use of the words ‘intended’ and ‘potentially’ does not diminish the misleading and deceptive nature of the claims.”

Ten days after she sent that message and ad, Cofer received a dehumanized and unsigned “Dear Concerned Party” message from CDRH’s Allegation of Regulatory Misconduct Branch telling her in boilerplate language, devoid of any substance about her complaint, that the branch takes such reports seriously “and we will evaluate this matter to determine what follow-up action is appropriate. The type and extent of any follow-up is dependent upon the nature of the problem, the possible impact on the public health, and the availability of our resources.”

The form letter stiffly advised Cofer that in the event that CDRH decides to investigate her complaint, she will not receive information about that unless she files a Freedom of Information Act request, and even then, no information will be provided until the investigation has closed.

Since CDRH has steadfastly refused, again and again, to take regulatory action against LASIK practitioners for making the kinds of claims Soroudi makes, Cofer was not warmed by the Allegation of Regulatory Misconduct Branch’s response—or by Welch’s lack of response. How would she know if her complaint was being investigated or not?

She remembers that a predecessor of Welch, Steven Silverman, in 2011 issued a general advisory letter to LASIK surgeons cautioning them against inappropriate advertising and promotion but then failing to follow through when the violations continued—as they do today, all around the country.

In an earlier era, Welch would have had no alternative but to answer such complaints herself or forward them on to a named subordinate who would respond in her stead.

Cofer and a small legion of other LASIK activists, interconnected on the Internet, have long and bitter memories of CDRH’s failure to act effectively on the procedure’s risks, including a cynical FDA/National Eye Institute/Department of Defense study of post-LASIK quality of life that they say ended too soon to capture meaningful data and gave the procedure a false clean bill, and denial of a petition to ban LASIK filed by Morris Waxler, former leader of the CDRH team that approved the first LASIK devices and then recanted, citing alleged data fraud.

The unstated reason for each of these defeats was and likely remains the troublesome posture of CDRH ophthalmic devices director Malvina Eydelman that LASIK is a safe procedure.

There are other CDRH stakeholders who have their own axes to grind, for similar troublesome reasons, against CDRH’s performance in their areas of concern, most notably those trying to get the Center to ban mercury in dental amalgam, and others seeking a ban on laparoscopic power morcellators.

Despite the “excellent customer service” goal of its Strategic Priorities, CDRH management addresses such criticisms reluctantly, and defensively when it does so.

Instead, management focuses on encouraging results it has been getting from ongoing “customer satisfaction” surveys.

To contribute to the six-question survey, visit this FDA page.

Asked how CDRH balances its goal of “excellent customer service” with admittedly thousands of dehumanized form letters like the one Cofer got from the Allegation of Regulatory Misconduct Branch, CDRH associate director for external relations Julie Zawisza told me the branch has a small staff and had adopted a software “template” approach to complaint acknowledgments in order to expedite them.

It was a trade-off between speed on the one hand and dehumanization on the other.

The branch, she said, felt that it is “more customer-oriented” to use automation than to allow lengthy time lags to develop in acknowledgments. In addition, the branch is an initial clearing house for routing complaints to other offices where expertise in subject matter resides.

The acknowledgment template used does not allow personalization or inclusion of subject-identifying information, Zawisza said, admitting that these characteristics could make the communication more coldly formal than might be desirable—especially in cases like Cofer’s, where the complainant has gone to the trouble of researching and identifying a specific FDA official to handle the complaint.

Zawisza’s admission might illuminate an inherent difficulty in CDRH’s public commitment on its Customer Service Web page: “Excellent customer service means understanding and addressing stakeholders’ and colleagues’ needs through active listening, problem-solving, seeking out ideas of others, explaining the reasons for decisions and requests for information, learning from mistakes, and doing our best.”

She emphasized some of the limitations in doing this, such as the need to protect the complainant’s anonymity, protect the confidentiality of the complaint itself if it moves to a regulatory investigation, and protect initial CDRH administrative staff from being perceived to be contact persons after the matter moves to another office.

There can be little doubt that the CDRH Strategic Priorities initiative’s instigators had the best of intentions when they designed and established it, and that the customer satisfaction survey results since then are encouraging so far, but as long as complaints of regulatory misconduct are automatically greeted by guarded, dehumanized responses, skepticism and distrust will persist.

You don’t produce excellent service and great customer satisfaction by stepping back from the customer.