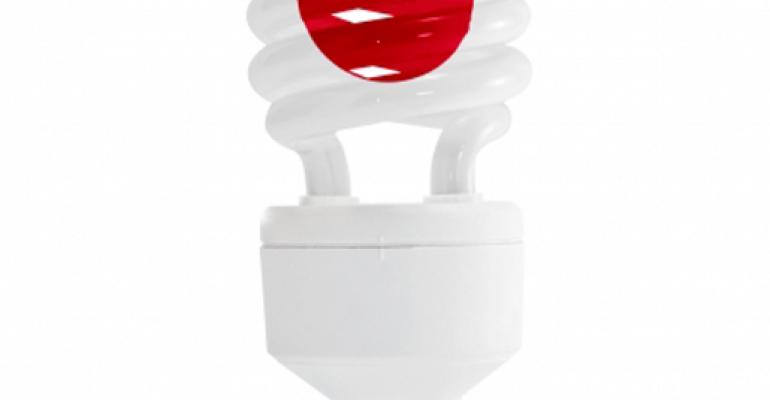 The intent of my research was to examine device lag, which consists of two components: review lag and apply lag. Review lag will determine whether PMDA is slower than FDA to approve new unique medical devices or not. Apply lag is the difference in the speed of availability of new medical devices between Japan and the United States.

Read the first part of this analysis here.

In the first part of my analysis, we found that PMDA review times have indeed improved dramatically. The PMDA now approves submissions for Novel and Improved devices as quickly as FDA approves PMA original submissions. Next, I examined the veracity to common beliefs about the Japanese device regulatory process, including the assumptions that a Japanese company can gain approval more easily, that a Japanese clinical study is necessary to gain approval in a reasonable timeframe, and that applications by a distributor are preferred over a manufacturer applying directly.

Table 4 shows the demographics. Unlike the FDA, Improved or Novel devices can be categorized as MHLW risk classification II, III, or IV devices. Of the submissions, 80% are foreign company devices and about half of the submissions are filed by those companies' local subsidiaries. The use of Japanese-only clinical data to gain approval is about the same as those using non-Japanese-only clinical data. Interestingly, the proportion of clinical publication only is three times higher for Improved devices than for Novel devices. FDA had 18 expedited reviews (14%) over the same period, and 16 (12%) were for non-US companies. Interestingly, 30% of Improved devices gain approval with only clinical publications, without having their clinical data go through the GCP audit. In addition, most of the devices approved based on both foreign and Japanese clinical data were neurovascular or cardiovascular implantable devices, such as transcatheter aortic valve replacement devices, stents, or left ventricular assist devices.

Table 5 tabulates the difference in review pathways between FDA and PMDA. There were two products approved as drugs by FDA but approved as medical device by PMDA. Depending on what is already approved in Japan, a PMA device can be either a Novel or an Improved device. In contrast, a 510(k) device might end up as Novel or Improved and not Equivalent by PMDA. Those products listed under NA are Japanese medical devices only sold in Japan or other foreign devices not approved by FDA. This table suggests that careful consideration is needed to determine which review path is most appropriate when applying to PMDA.

Table 6 examines the review speed--the time it took to approve the same device--by PMDA and FDA. The approval speed for the 2005 period demonstrated a delta of more than 100 days between PMDA and FDA, but during the last five years, approval speed is about the same for Novel devices as for PMA or PMAS devices. However, for Improved devices, PMDA is slower than FDA for both PMA or PMAS devices. The difference on PMAS devices, which take more than twice as long to receive approval, is statistically significant. This might be explained if we assume PMDA's review is not limited to the just the supplement but also includes the original PMA.

The HDE devices were all on an expedited track with PMDA as well, but it took almost a year longer than FDA for PMDA to review and approve those devices. For 510(k) devices, the data indicates that PMDA review as Novel or Improved is different from FDA 510(k) review--possibly more like a PMA review on 510(k) devices--since 90% are considered MHLW risk classification III or IV. This is somewhat like FDA's Class III categorization. Class II by MHLW definition includes diagnostic devices. A good rule of thumb is that most therapeutic devices will be considered either Class III or IV. More simply, Class IIb of CE mark is equivalent to MHLW Class III, and Class III of CE mark is like MHLW Class IV.

Table 7 compares the speed of approval depending on MHLW risk classification and FDA track. It is fair to say that approval speeds for both PMDA and FDA are not statistically significant for Class III and IV devices approved under a PMA no matter whether it is a Novel or Improved device. The data does not demonstrate a consistent trend on which regulatory body is faster. This means speed is probably related to the quality of the submission as well as the clinical data. However, for 510(k) devices, PMDA approval speeds are relatively slow, no matter what class. This is because the review process differs significantly from the FDA process, where 510(k) submissions focus on substantial equivalency with the predicate device. PMDA reviews for substantial difference and/or novelty from already-approved devices, as well as the safety and efficacy of the device.

Table 8 attempts to determine if there is any difference in having a Japanese clinical study performed to gain quicker approval by PMDA. The Japanese devices were excluded from this analysis as their most common option is to conduct a Japanese study first. This table compares approval based on foreign data-only versus Japanese data-only or both, as well as publication only, labeled as "publish." On average for Novel devices, foreign clinical data-only takes a year longer to gain approval than with Japanese data-only (p<0.05). There is no statistical difference between foreign and both, or Japanese and both. For Improved devices, the analysis shows that it is better to have both foreign and Japanese data rather than just foreign or Japan-only (p<0.05), but this is based on a small sample size (n=9).

It's important to put careful thought into the decision of where to conduct trials, since studies in Japan typically take significantly more time and money. A good rule of thumb is to expect studies in Japan to take three times longer and more expensive than in the United States using only a bridge study. When is it valid to conduct a study in Japan? Based on these results, the benefits of carrying out a Japanese study come into play if the foreign data does not have point to the same indication on which PMDA can make an approval. Another scenario where a Japanese study is worthwhile is if there is a risk that the foreign data cannot withstand the GCP audit by PMDA or if there are not enough publications to confidently demonstrate the safety and efficacy of the applied device. A Japanese study is most likely to be needed for a device that did not use a pivotal study for its PMA submission.

However, even with a solid study in hand, a Japanese study still might be mandated by PMDA if the device's safety and efficacy performance could be impacted by anatomical, dietary, or cultural differences. A good example is a peripheral vascular stent--PMDA insists on a Japanese study because the way the Japanese people sit on the floor might physically compress the vessels in a different manner than sitting on a chair. All the publication-only devices were those that gained 510(k) clearance, save for one with a PMA approval. It will be difficult to find out the reason as PMDA's review summary is not provided in the database.

For those with only foreign data, is there any difference in the speed of approval? Table 9 answers this question. If the device is a PMA original device, then there is not a statistically significant difference between PMDA and FDA approval speeds. Once again, this confirms that PMDA is now as fast as FDA in reviewing and approving Novel and Improved devices.

Based on this analysis, if a device is a PMA original device, the approval speed will be about the same in Japan as in the United States. This result is encouraging, but what does the data show regarding the timing for having it available on the market? Even if PMDA approves the device as quickly as FDA, if the application submission is not filed at the same time (apply lag), then the device will not be available at the same time.

Table 10 shows that for Novel devices, an application is filed with PMDA five years later than in the United States, on average. It is amazing that despite this fact, Japan is still the world's second largest device market after the United States. There are only two devices where an application was filed in Japan before the United States: Abbott's Absorb and Edwards Lifesciences's Sapien. For Improved devices, the average apply lag is about 30% shorter than the Novel device apply lag (statistically significant). There are four devices that filed applications with PMDA before submitting applications to FDA: Allergan's Juvederm Vista, Abbott's Lifestyle Libre Pro, Boston Scientific's Accolade MRI, and Abbott's Promote Quadra/Quartet lead. As predicted, the apply lag for 510(k) devices is significant. This lag is understandable since the review path is entirely different between PMDA and FDA. There is more scrutiny with PMDA as its review goes beyond substantial equivalence.

Graph 3 shows the level of apply lag. Notably, there are quite a few Novel devices that are more than eight years behind. Obviously, for Improved devices, the apply lag makes sense. There are already devices approved that are similar but significantly different so their introduction should not be too far behind. Being a year behind is understandable if resources are limited and the company wants to focus their resources on FDA. Still, delays persisting for four years or more are troublesome. In the past, subsidiaries have tended to delay the PMDA application until all the bugs are resolved to minimize their post-approval activities such as MDR-Japan reporting and so on.

PMDA wants to improve this apply lag, but it is undoubtedly challenging as the dynamic is not directly within their control. One of their attempts is a program called "Sakigake,"which can be translated as the "Early Bird" program. If an applicant is willing to accelerate the Japanese submission for a new device with promising clinical outcomes, the program's goal is to cut the review time in half. In conjunction, PMDA has expanded the prerequisite for the Unmet Clinical Need Device Program, also known as the Device Lag Program, to include those devices without any regulatory approvals but with an excellent clinical outcome study. If we search for any Japanese Novel or Improved devices that have been approved by FDA, there is just one device, Toyobo's Nerbridge, which secured FDA approval 3.6 years after PMDA approval. This delay shows that for Japanese companies, the FDA PMA review is still a huge hurdle, even more so than vice versa.

While both regulatory bodies emphasize device safety and efficacy and regulations are very similar in written form, FDA has the 510(k) path while PMDA does not. Based on this research, PMDA's review lag is now history, but the apply lag needs to be analyzed and resolved to set the Japanese market on equal footing with the U.S. market.