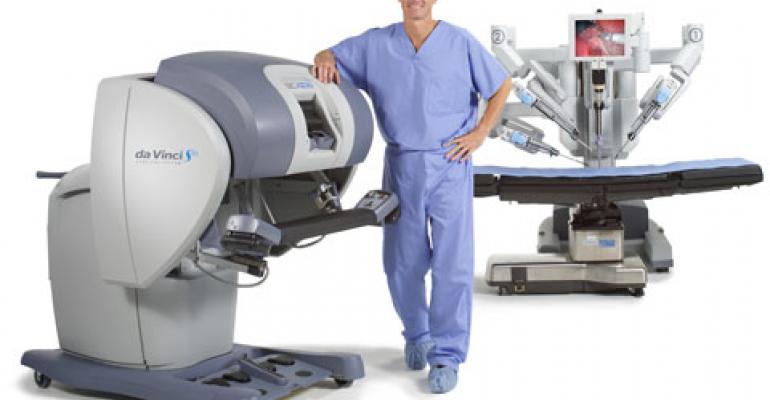 Robotic surgery seems to be the way of the future—every other industry is becoming automated, so why not surgery? Intuitive Surgical has been the leader in the robotic surgery field with its da Vinci Surgical System. Proponents believe experienced users can get better results because robotic surgery removes the shake from surgeon hands, can access hard-to-reach areas, and can potentially result in less pain and shorter hospital stays.

However, in recent years, several media outlets have reported on complications patients claim to have experienced during robotic surgery with Intuitive Surgical's da Vinci Surgical System. Alleged incidents range from burns and perforations to death. An article published in 2013 in the Journal for Healthcare Quality found that complications with the system were underreported to FDA.

Also in 2013, Bloomberg reported that FDA began surveying surgeon users of the da Vinci system on complications they have observed and for which procedures the system should and shouldn't be used. In July 2013, FDA sent Intuitive Surgical a warning letter, admonishing the company for failing to make timely reports about field corrections to the agency. This warning letter was resolved in April 2014.

"The rapid adoption of robotic surgery...has been done by and large without the proper evaluation.”

—Martin Makary MD, MPH, in a quote from a New York Daily News article about robotic surgery. Makary also co-authored the Journal for Healthcare Quality article on underreporting of complications.

"Because a medical device manufacturer can only report an adverse event to the FDA after it is notified of the event, and because that notification may not be received until months or even years from the time of the event, a MAUDE [Manufacturer and User Facility Device Experience] database entry with a relatively recent reporting date may be associated with an adverse event that occurred much farther in the past...Thus, any assessment of safety trends based on Reporting Dates rather than Event Dates in the MAUDE database will be fundamentally flawed and misleading, and is likely to seriously misrepresent the true performance of a device.”

—Excerpt from a November 25, 2013 Intuitive Surgical statement on its analysis of Medical Device Reporting trends showing a decline in the overall adverse event rate

2013: Surveyed surgeons on their experience with robotic surgery complications and types of procedures.

2013: Issued a warning letter to Intuitive Surgical on its failure to make timely reports to FDA about prior field actions.