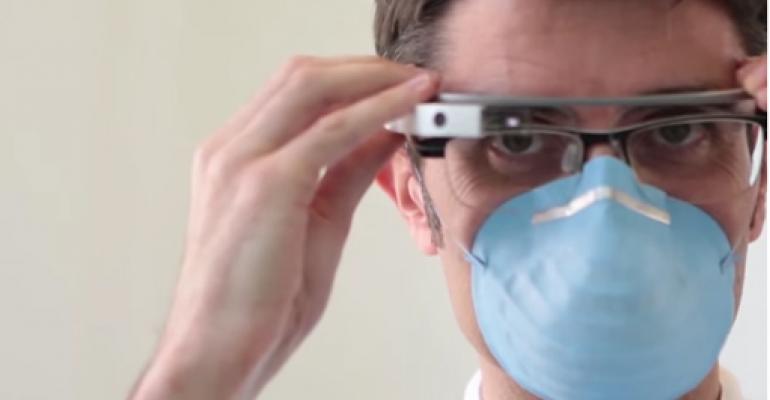 Developers have created a Google Glass app that guides surgeons through an implant procedure.

Barcelona, Spain-based R&D firm Avinent, in partnership with the software development company Droiders, has developed Avinent Glass, a new app for Google Glass that guides and assists surgeons through a dental implant procedure. Using Google Glass's heads up display as well as voice commands and QR codes to identify implants, Avinent Glass can guide dentists through an entire implant procedure – advancing through each step as the surgery progresses. The app can also record surgeries with pictures and video and allow for remote viewing via Internet, making it a potential training tool as well. “One of the main characteristics of [Google Glass] is that you don’t need your hands to give instructions or move from one window to the next one," says Albert Giralt, general manager of Avinent. “This is a very useful feature in the surgical process.”

Prior to surgery, Avinent marks implants with a QR code that the Google Glass app can use to identify the implant based on a number of characteristics including type, diameter, length and even part number, batch, and expiration date. Once the implant is identified for surgery, Avinent Glass prompts the dentist in real time through each stage of the implantation process, including identifying which tools to use at each stage and where those tools are located in the surgery box. Dentists can advance through the steps with simple voice commands (saying “next”) meaning they never have to touch Google Glass during the procedure.
“This is the first app for Google Glass in the implantology field, and there is still a lot of potential,” Giralt says. “ After several months of hard work, we have been testing Avinent Glass with several surgeons, recording their feedback to make sure the app is useful for the surgeons’ everyday work.”
Giralt says Avinent is focused on the dental sector and doesn't have plans yet to expand their app into other areas. However, Droiders, the company that developed the app with Avinent, has also developed a similar Google Glass app for surgeons that allows doctors to share their POV of a procedure for remote viewing.
The Avinent Glass app is expected to be available for Google Glass later this year.
Avinent has shared a proof-of-concept video of its Google Glass app in action.
[Image via Avinent]
-Chris Wiltz, Associate Editor, MD+DI
[email protected]
TAGS: News
0 comments
Hide comments
Related