Bionic Eyes Are Getting Even Better

French medtech firm Pixium announces the first successful implantation of its 150-electrode bionic vision system, with the person receiving the implant reporting that he can see light again. 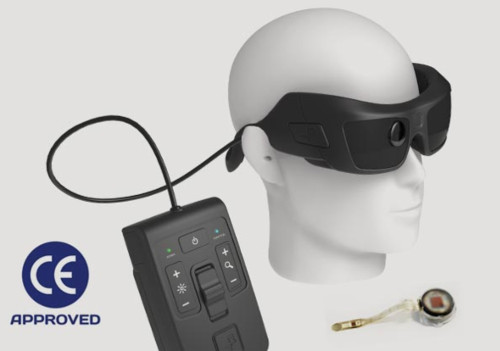 A retinitis pigmentosa patient in London was the first to receive Pixium Vision's Iris II, a 150-electrode, bionic vision system, according to the company.

The system contains a bio-inspired camera and a 150-electrode epiretinal implant that is designed to be explantable. The camera's action is intended to mimic the functioning of the human eye by continuously capturing the changes in a visual scene with time-independent pixels, unlike an imaging sensor that takes a sequence of video frames with largely redundant information.

The implant goes into the epiretina, a membrane on the inner surface of the retina, and contains  nearly three times the number of electrodes as the previous version of the company's device. The electrode array is secured on the retinal surface by a support system that is intended to allow for explantation or future replacements or upgrades.

Retinitis pigmentosa is the most common cause of inherited blindness, affecting about 1.5 million people worldwide. The retinal cells often begin degenerating in patients' teens, with total vision loss occurring in their 40s.

The latest procedure took place at London's Moorfield Eye Hospital in September, according to a company statement. After the implant was activated, the 73-year-old patient reported that he perceived light, indicating that some visual perception may be available. Light perception precedes a re-adaptation and re-education process in which the patient enters a learning process to interpret bionic vision, which is different from the natural form of vision.

The company began a multi-location clinical trial in Europe in January, recruiting blind patients suffering from retinitis pigmentosa, cone rod dystrophy, or choroideremia. It received the CE Mark for the device in June.

Pixium is also working on a wireless, photovoltaic, subretinal implant with a less invasive design than IRIS, which is intended to be suitable for patients with age-related macular degeneration. The National Eye Institute projects that nearly 3 million U.S. residents will develop this condition by 2020.