Neurosurgeon: Focused Ultrasound Is An Exciting, NonInvasive Treatment On The Horizon 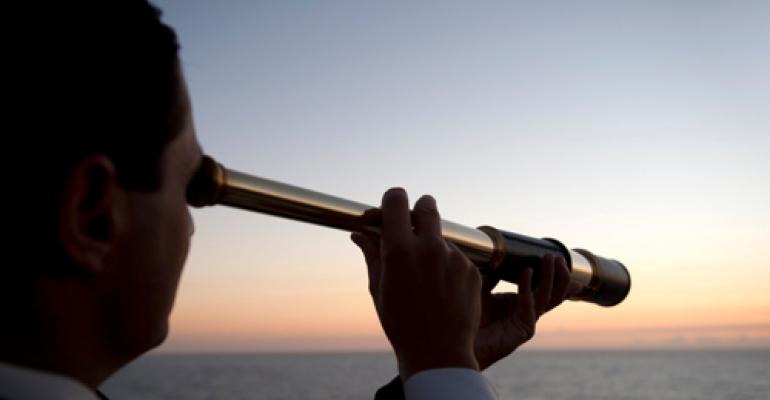 A neurosurgeon, Neal Kassell, writes about the potential of a new technology called focused ultrasound that reduces risk, improves outcomes and lowers cost that should be attractive to hospitals in the future.

Value is the new mantra of our evolving healthcare system. We must reduce costs and improve care to deliver the best outcomes for patients’ health and providers’ bottom lines. Innovation is imperative to drive value. We cannot be satisfied with trying to squeeze improvements from our existing approaches to diagnosing and treating disease.

There are many potential game-changing developments on the horizon. They include new ways to reduce expensive and risky open surgery or even laparoscopic procedures. Focused ultrasound is one of them. It is an early stage, noninvasive therapeutic technology with incredible potential to accelerate recovery, improve outcomes and ultimately lower the cost of healthcare.

Focused ultrasound is a breakthrough technology resulting from the innovative marriage of focused ultrasound and MR or ultrasound imaging in real time that could be an alternative or complement for traditional surgery, radiation therapy and drug delivery.

To provide the therapeutic effect, focused ultrasound utilizes multiple intersecting beams of high-frequency sound concentrated accurately and precisely on tissue deep in the body, much like light passing through a magnifying glass can be focused on a point to burn a hole in a leaf. At the point where the beams converge, the ultrasound energy induces a variety of biological effects while avoiding damage to surrounding normal structures. Magnetic resonance or ultrasound imaging is used to identify, guide and control the treatment in real time. Focused ultrasound procedures can be performed on an outpatient basis, usually requiring only mild sedation, and are associated with few complications, allowing for rapid recovery.

I learned about the technology several years ago and was immediately struck by its potential utility for accessing and treating the brain. Not only can focused ultrasound noninvasively ablate brain tissue by elevating temperature, but it can also modulate neurons as well as temporarily open the blood-brain barrier through the mechanical effects of pulsing the ultrasound beam.

I was so intrigued by these possibilities that I started a venture philanthropy organization, the Focused Ultrasound Foundation. The Foundation’s mission is to accelerate the development and adoption of this noninvasive technology so that it can benefit patients within few years rather than decades. One example of how the Foundation has been able to accelerate progress is in the area of essential tremor. We organized a pilot clinical study at the University of Virginia using focused ultrasound to non-invasively treat essential tremor. The results were so promising that this initial work led to a pivotal trial for FDA approval, which is nearing enrollment completion. The sponsor is InSightec, and the device is the ExAblate Neuro.

Now there are other focused ultrasound studies planned or currently ongoing in the U.S. for the treatment of Parkinson’s disease, brain tumors and epilepsy.

Despite this broad and impressive potential, focused ultrasound is currently a nascent technology in the U.S. While InSightec’s ExAblate system is approved to treat uterine fibroids and to relieve pain from bone metastases, demands for more evidence from payors has slowed reimbursement and adoption. Still, the technology is steadily making progress. Other manufacturers are entering the market, with Philips Healthcare’s Sonalleve system being studied in a pivotal trial for fibroids and prostate cancer systems developed by Sonacare and EDAP-TMS currently under FDA review.

The field is more established in Europe and Asia with regulatory approval to treat more than 15 diseases, including breast cancer, pancreatic cancer and Parkinson’s tremor. There are about 25 companies engaged in R&D, and preclinical and clinical research is being conducted around the world on nearly 50 disorders.

Research and clinical experience in the U.S. is broadening, and key influencers are starting to take notice.

The ECRI Institute placed focused ultrasound on their 2014 Hospital C-Suite List of Top 10 Technologies to Watch. In the report, ECRI recognized that painful bone metastases are very common and new options like focused ultrasound for palliating pain are needed. They emphasize that while comparative effectiveness evidence for widespread reimbursement is developing, hospital executives should consider whether they want to be an early adopter of a technology that may have additional applications in a few years.

The technology requires a real commitment given that focused ultrasound systems can currently cost about $1 million and may require an MRI machine for image guidance. The costs will drop as the technology matures. I firmly believe that the value proposition of the technology is strong for all stakeholders.

Realizing the value of innovations like focused ultrasound requires investment and long-term vision. Several academic institutions and even some private practices are already vested in the technology. Hospital systems who want to maintain a competitive edge should continue to track the technology to decide when to invest in the future of medicine.