HomeMarketsRadiologicalHere's a Startup Bringing Virtual Reality to Healthcare
Recent
Markets
Has Medtech Shifted to a Seller's Strike?
May 20, 2022
Medtech in a Minute: The Industry Loses a Legend, and More
May 20, 2022
NeuroOne’s Bid for Long-term Use of Evo sEEG Shot Down by FDA
May 20, 2022
Minnetronix Improves Image Quality with Surgical Camera and Other Supplier News
May 19, 2022 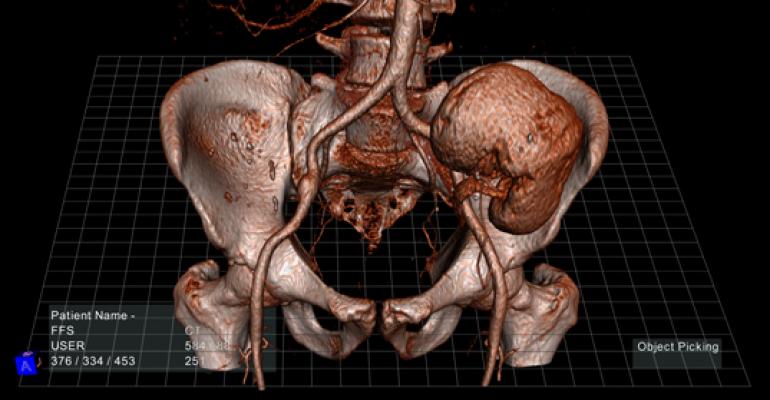 Medical imaging is improving by leaps and bounds as startups aim to bring 3D visualization to 2D MRI and CT scans.

MRIs and CT-scans are the default when it comes to gaining insight about a patient's body, but there is one nagging problem with these images.

They provide a 2-D view whereas the human body is three dimensional.

Now, several companies have stepped into the space with the goal of helping doctors get a better understanding of the actual anatomy of a patient by bringing 3-D capability to medical imaging.

One such firm is Mountain View, California-based EchoPixel. Founded in 2012, the company officially launched in March when it announced the FDA clearance of its True 3-D Viewer.

The company's founder and chief technology officer talks about how physicians have had to mentally solve the 3D problem in trying to imagine the patient's anatomy based on 2-D images. With the availability of True 3-D, they can focus on the clinical problem at hand.

"They can simply see patient-specific CT-based or MR-based or any modality-based anatomy and be able to directly interact with it in a way that would allow them to dissect or pick apart organs and tissue and really interrogate them as if they were working with body parts," says Sergio Aguirre, in a recent interview.

And that can bring a powerful tool in the hands of doctors both in diagnosis and in surgical planning. And of course for students in education and training as well.

EchoPixel is currently selling an integrated system where the company's software is loaded on a display made by zSpace, a maker of 3-D holographic imaging displays.

Aguirre said that the company's products are being used in places like the Cleveland Clinic, University of California at San Francisco and Pediatric Cardiac Surgery at the Stanford School of Medicine.

At Stanford, doctors have been using the technology to prepare for surgery on newborns that have an underdeveloped pulmonary artery. Typically a radiologist work with the surgeon "and sketches out on a piece of paper the network of vessels that need to be surgically disconnected from the aorta and reconnected as a new pulmonary artery into the heart," Aguirre explains.

He adds that the sketch takes about two to four hours to generate. Moving the process to the True 3-D technology revealed major benefits, he says.

"We did a clinical trial with the radiologist to see how our technology would help them identify the vessels and we found that he could not only detect more vessels - up to 90% of them - but he reduced interpretation time by 40%," Aguirre declares.

A rich surgical plan using 3-D images can also help to reduce time taken in surgery, he says. But there are significant financial benefits too, especially for radiologists.

"In radiology it’s all about workflow right now," Aguirre says. "When we enable these doctors to become better doctors in less time we are really enabling them to become revenue sources for their departments."

While EchoPixel has taken a software approach to create 3-D imaging, Israeli startup RealView Imaging is using a hardware approach. It is creating 3-D holograms on proprietary hardware in which images appear as if they are floating in air. They can be manipulated at will by using hands. EchoPixel's product images require a stylus to be manipulated on zSpace displays. But the software has the capability of being used without a stylus if the hardware platform doesn't already incorporate it.

Another major difference is that RealView Imaging creates holograms that don't require the viewer to wear any eyewear unlike the 3-D images viewed through EchoPixel's product.

RealView Imaging raised $10 million from Chinese investors in November. The product is not cleared by the FDA although the company and Philips have completed what they billed as the "world's first study to evaluate live 3-D holographic imaging in interventional cardiology" in October, 2013.

"With the advancement of live 3-D imaging and increasing clinical evidence of its value for a variety of procedures, we are convinced that our holographic technology will further enhance 3-D imaging and, most importantly, improve patient care," said the company's CEO Aviad Kaufman said, in a statement at the time.

-- Arundhati Parmar is senior editor at MD+DI. Reach her at [email protected] and on Twitter @aparmarbb