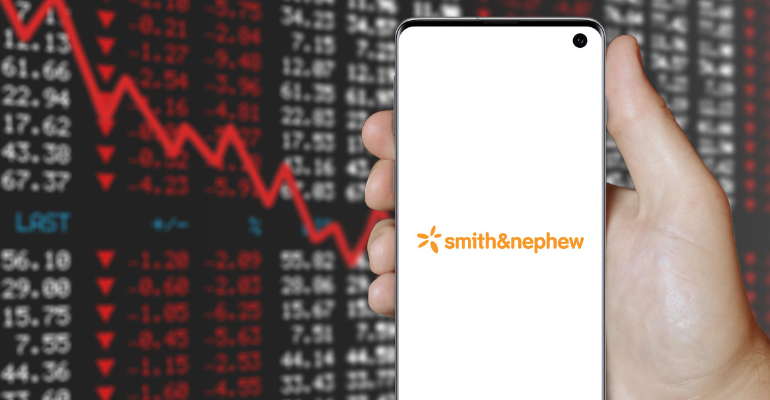 The company's stock took a brutal hit Thursday after the company reported its second-quarter earnings. Here's what happened.

Deepak Nath had his work cut out for him when he took the helm of Smith & Nephew in April. Nath succeeded Roland Diggelmann, who stepped down "by mutual agreement," the company announced in late February.

"There are more opportunities than challenges with Smith & Nephew," Nath told investors Thursday during the company's second-quarter earnings call. "This is a great company with a great outlook, and I believe we're not far away from showing this externally in all aspects of our business."

But it was the challenges more than the opportunities that investors focused on during the day's trading. The company's stock plunged about 10% to $26.46 at market close Thursday and fell another 3% in pre-market trading Friday. 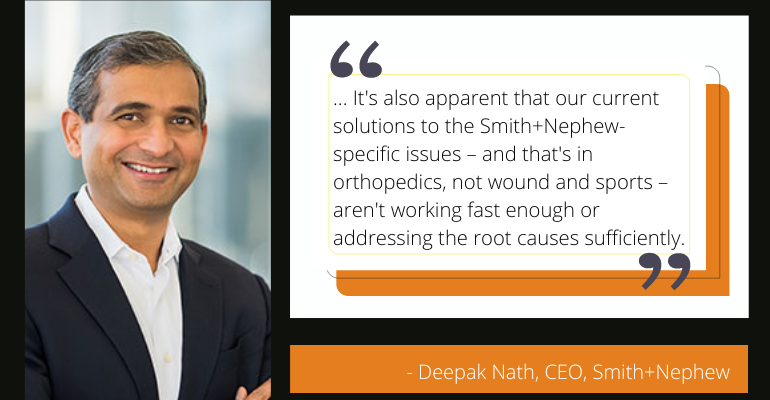 Nath, who joined Smith & Nephew from Siemens Healthineers, said a key priority for him as CEO has been to understand what has happened in the company's orthopedic business, and what the company needs to do to get orthopedics back where it should be.

One problem Smith & Nephew has faced in orthopedics is a major product gap by not having a cementless knee. That hurt the business for a number of years, Nath said, but the company finally has a cementless knee product that is rolling out now.

More concerning, however, is the company's challenges around supply chain execution. Nath said the company has become more complex and less agile than its larger peers both in terms of its portfolio and the ways in which the company works. For example, he said, Smith & Nephew is still supporting multiple hip stems and knee systems in parallel when competitors are increasingly focusing on just one, or on just one family of products. The operations and commercial sides of the company had also become disconnected during the pandemic, rather than working even more closely together, Nath said, resulting in the supply not being well aligned with commercial needs. He also said there have been inefficiencies in how instrument sets are managed and not always optimally placed in the centers that need them the most.

"The financial effect is that asset turns are lower than they should be and on an investment that's about half of our [capital expenditures]," Nath said.

Then there are the supply challenges that every manufacturing company is facing, and the increasing costs of raw materials and freight.

"But it's also apparent that our current solutions to the Smith & Nephew specific issues – and that's in orthopedics, not wound and sports – aren't working fast enough or addressing the root causes sufficiently," Nath said.

Smith & Nephew has made progress in addressing operational issues at its Memphis, TN facility that hurt the business in 2021, including staff shortages and fundamental efficiency issues. For example, sales reps have spent far too much of their time managing existing customers rather than acquiring new business, Nath said, and the majority of reps are spending 40% or more of their time managing logistics and inventory.

"These challenges weren't always there, some were made worse by COVID, and for others, the disruption of the pandemic hid problems as they developed," he said. "We know the importance of getting this fixed and the work is underway."

Nath said the company now has a comprehensive 12-point program of execution to address these challenges and regain momentum in orthopedics while further accelerating the business in sports and wound care.

"We're rewiring commercial delivery, he said. "There are a range of aspects to this, but examples are greater focus on differentiated products and procedural innovation ... secondly we're going to streamline our portfolio or reduce the number of implant systems we support in a category. For example, in hips we go from 11 systems down to six."

Stepping up for Amputee Victims in Ukraine
Jul 13, 2022